We can feed the coming billion people without destroying another inch of nature, report says.

People are putting nature in more trouble now than at any other time in human history, with extinction looming over 1 million species of plants and animals, scientists said Monday.

But it’s not too late to fix the problem, according to the United Nations’ first comprehensive report on biodiversity.

“We have reconfigured dramatically life on the planet,” report co-chairman Eduardo Brondizio of Indiana University said at a press conference.

Species loss is accelerating to a rate tens or hundreds of times faster than in the past, the report said. More than half a million species on land “have insufficient habitat for long-term survival” and are likely to go extinct, many within decades, unless their habitats are restored. The oceans are not any better off.

“Humanity unwittingly is attempting to throttle the living planet and humanity’s own future,” said George Mason University biologist Thomas Lovejoy, who has been called the godfather of biodiversity for his research. He was not part of the report.

“The biological diversity of this planet has been really hammered, and this is really our last chance to address all of that,” Lovejoy said. 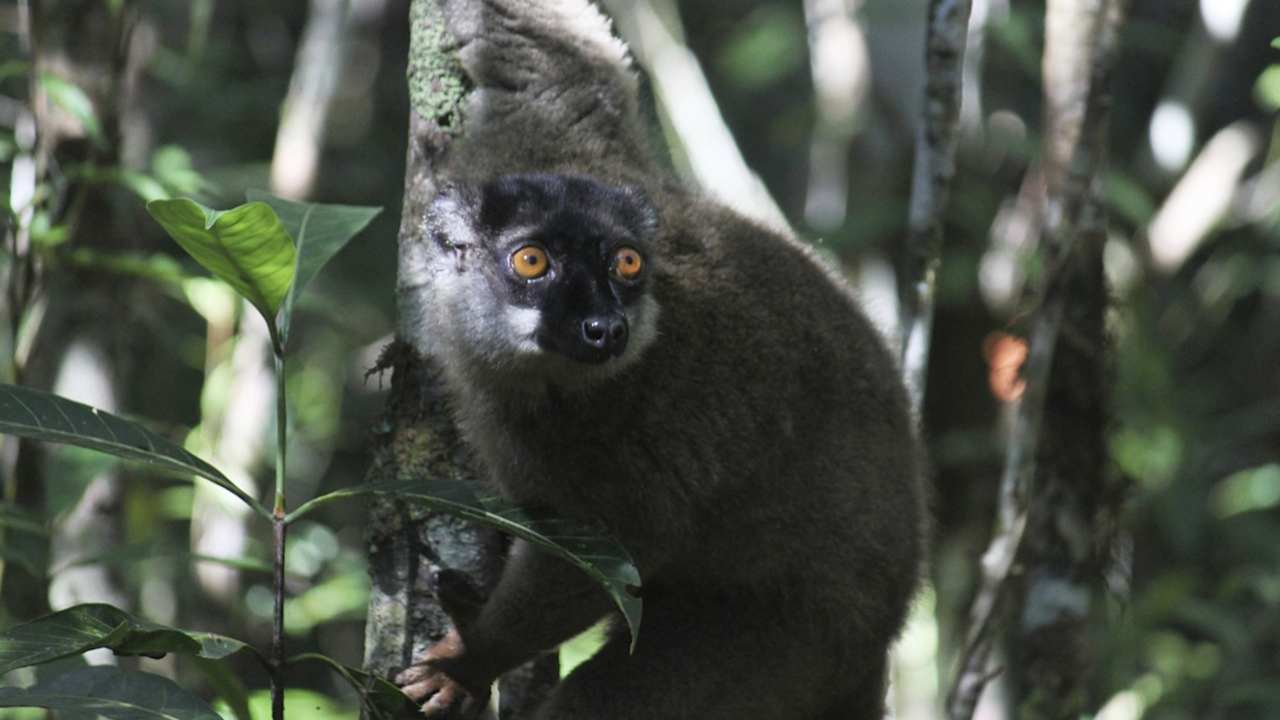 Conservation scientists convened in Paris to issue the report, which exceeded 1,000 pages. The Intergovernmental Science-Policy Platform on Biodiversity and Ecosystem Services (IPBES) included more than 450 researchers who used 15,000 scientific and government reports. The report’s summary had to be approved by representatives of all 109 nations.

Some nations hit harder by the losses, like small island countries, wanted more in the report. Others, such as the United States, were cautious in the language they sought, but they agreed “we’re in trouble,” said Rebecca Shaw, chief scientist for the World Wildlife Fund, who observed the final negotiations.

“This is the strongest call we’ve seen for reversing the trends on the loss of nature,” Shaw said.

The findings are not just about saving plants and animals, but about preserving a world that’s becoming harder for humans to live in, said Robert Watson, a former top NASA and British scientist who headed the report. 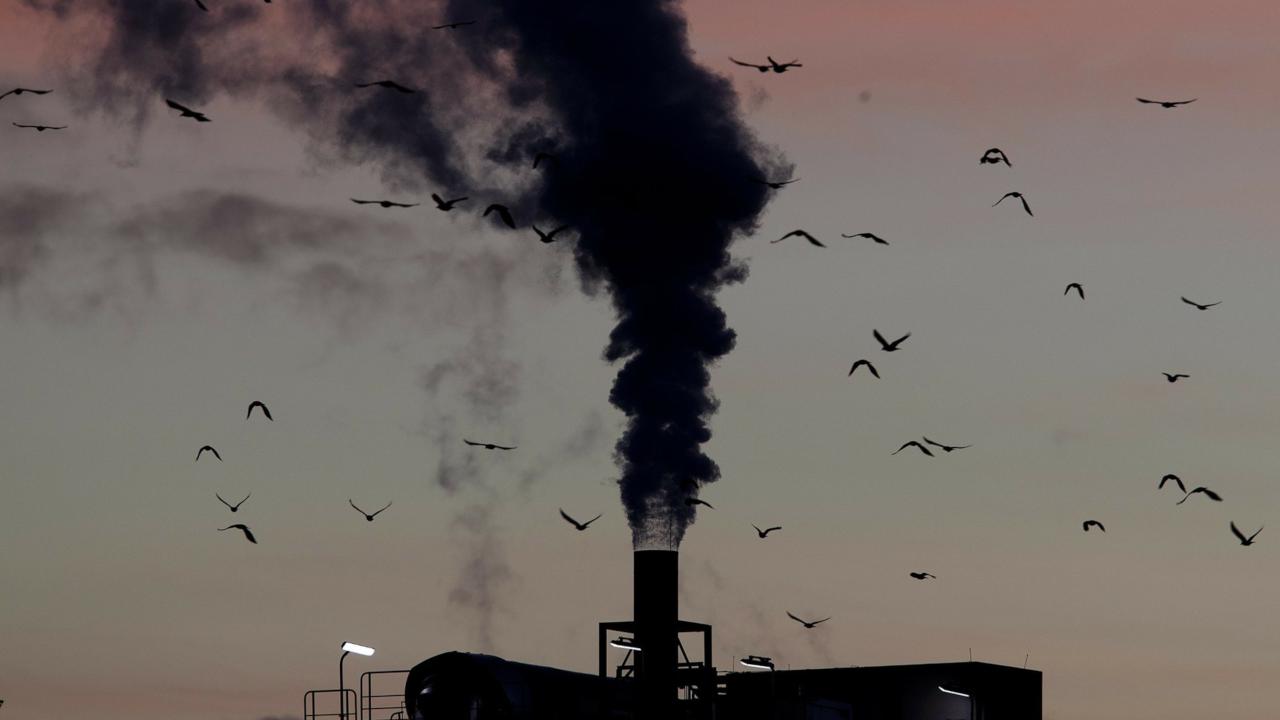 Birds fly past a smoking chimney in Ludwigshafen, Germany. AP

— Turning forests, grasslands and other areas into farms, cities and other developments. The habitat loss leaves plants and animals homeless. About three-quarters of Earth’s land, two-thirds of its oceans and 85 percent of crucial wetlands have been severely altered or lost, making it harder for species to survive, the report said.

— Permitting climate change from the burning of fossil fuels to make it too hot, wet or dry for some species to survive. Almost half of the world’s land mammals — not including bats — and nearly a quarter of the birds have already had their habitats hit hard by global warming.

— Polluting land and water. Every year, 300 to 400 million tons of heavy metals, solvents and toxic sludge are dumped into the world’s waters.

— Allowing invasive species to crowd out native plants and animals. The number of invasive alien species per country has risen 70 percent since 1970, with one species of bacteria threatening nearly 400 amphibian species.

“The key to remember is, it’s not a terminal diagnosis,” said report co-author Andrew Purvis of the Natural History Museum in London.

Fighting climate change and saving species are equally important, the report said, and working on both environmental problems should go hand in hand. Both problems exacerbate each other because a warmer world means fewer species, and a less biodiverse world means fewer trees and plants to remove heat-trapping carbon dioxide from the air, Lovejoy said. 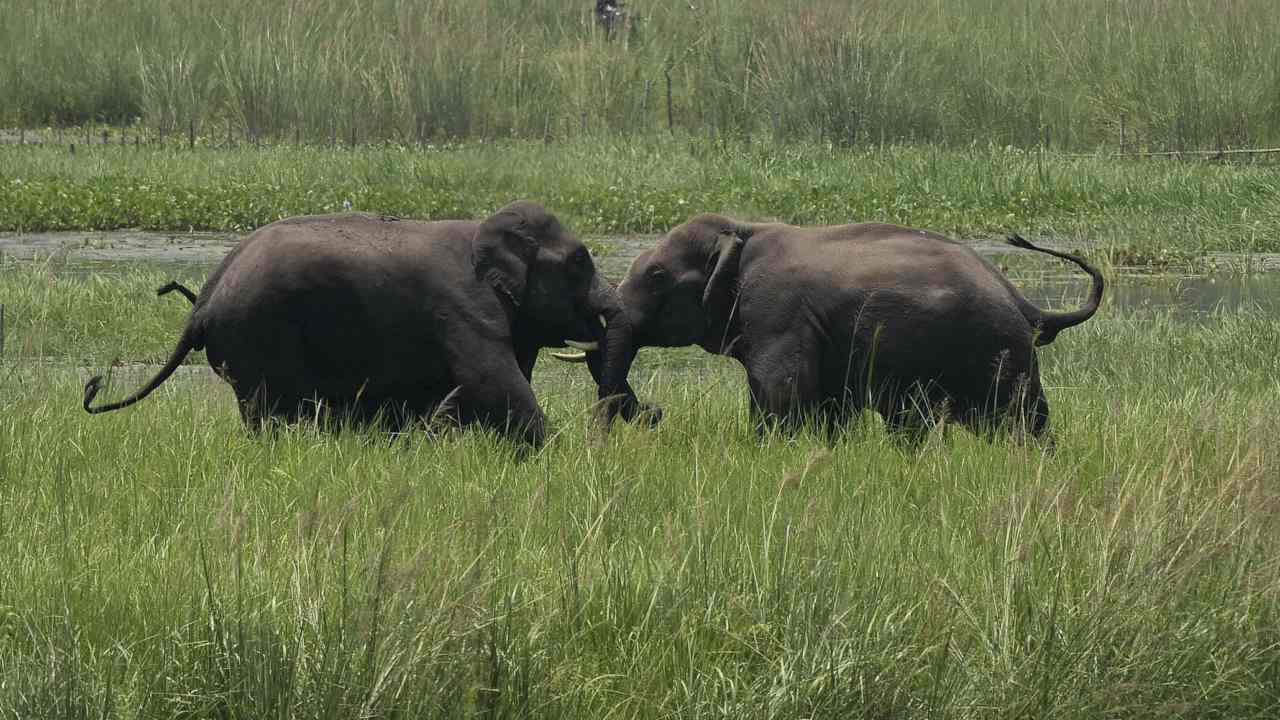 Two wild elephants, part of a herd that arrived at a wetland near the Thakurkuchi railway station engage in a tussle on the outskirts of Gauhati, Assam, India. Image: AP

The world’s coral reefs are a perfect example of where climate change and species loss intersect. If the world warms another 0.9 degrees (0.5 degrees Celsius), which other reports say is likely, coral reefs will probably dwindle by 70 percent to 90 percent, the report said. At 1.8 degrees (1 degree Celsius), the report said, 99 percent of the world’s coral will be in trouble.

“Business, as usual, is a disaster,” Watson said.

At least 680 species with backbones have already gone extinct since 1600. The report said 559 domesticated breeds of mammals used for food have disappeared. More than 40 percent of the world’s amphibian species, more than one-third of the marine mammals and nearly one-third of sharks and fish are threatened with extinction.

The report relies heavily on research by the International Union for the Conservation of Nature, or IUCN, which is composed of biologists who maintain a list of threatened species.

The IUCN calculated in March that 27,159 species are threatened, endangered or extinct in the wild out of nearly 100,000 species biologists examined in depth. That includes 1,223 mammal species, 1,492 bird species and 2,341 fish species. Nearly half the threatened species are plants.

Scientists have only examined a small fraction of the estimated 8 million species on Earth.

The report comes up with 1 million species in trouble by extrapolating the IUCN’s 25 percent threatened rate to the rest of the world’s species and using a lower rate for the estimated 5.5 million species of insects, Watson said.

Outside scientists, such as Lovejoy and others, said that’s a reasonable assessment. 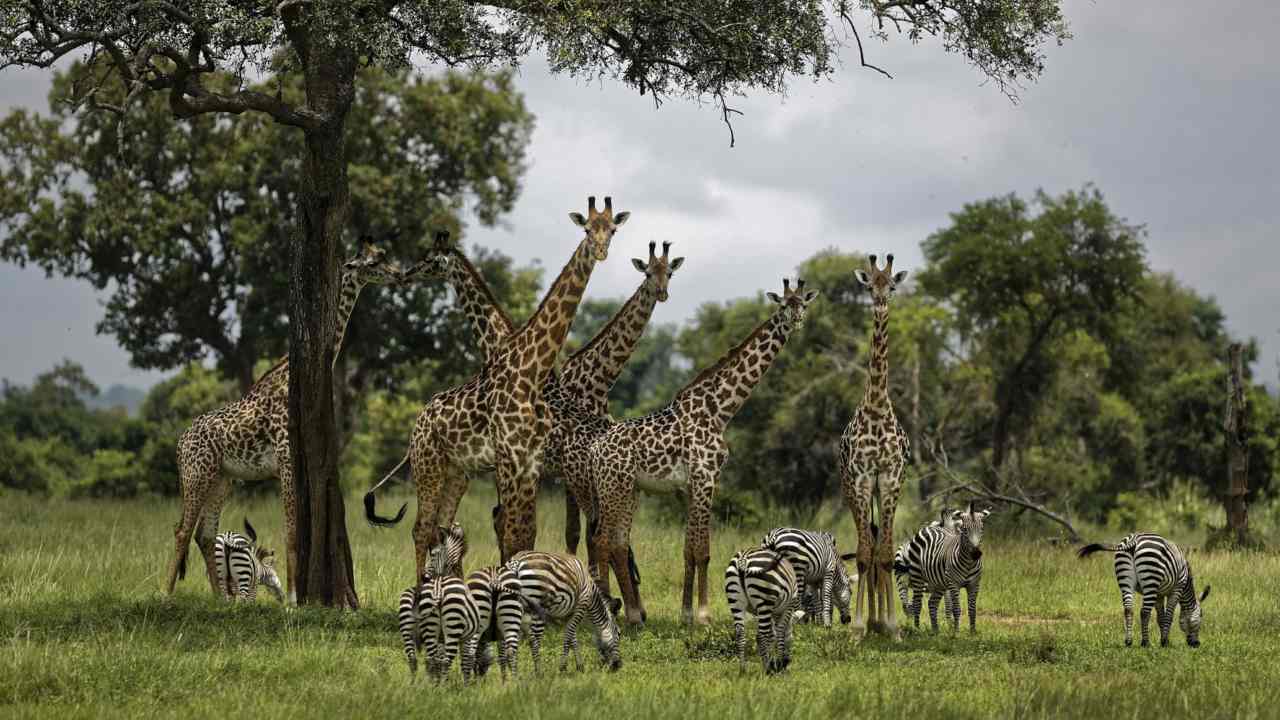 Giraffes and zebras congregate under the shade of a tree in the afternoon in Mikumi National Park, Tanzania. Image: AP

The report gives only a generic “within decades” time frame for species loss because it is dependent on many variables, including taking the problem seriously, which can reduce the severity of the projections, Watson said.

“We’re in the middle of the sixth great extinction crisis, but it’s happening in slow motion,” said Conservation International and University of California Santa Barbara ecologist Lee Hannah, who was not part of the report.

Five times in the past, Earth has undergone mass extinctions where much of life on Earth blinked out, like the one that killed the dinosaurs. Watson said the report was careful not to call what’s going on now as a sixth big die-off because current levels don’t come close to the 75 percent level in past mass extinctions.

The report goes beyond species. Of the 18 measured ways nature helps humans, the report said 14 are declining, with food and energy production noticeable exceptions. The report found downward trends in nature’s ability to provide clean air and water, good soil and other essentials.

Habitat loss is one of the biggest threats, and it’s happening worldwide, Watson said. The report projects 15.5 million miles (25 million kilometers) of new roads will be paved over nature between now and 2050, most in the developing world.

Many of the worst effects can be prevented by changing the way we grow food, produce energy, deal with climate change and dispose of waste, the report said. That involves concerted action by governments, companies and people.

Individuals can help with simple changes to the way they eat and use energy, said the co-chairman of the report, ecological scientist Josef Settele of the Helmholtz Center for Environmental Research in Germany. That doesn’t mean becoming a vegetarian or vegan, but balancing meat, vegetables and fruit, and walking and biking more, Watson said.

“We can actually feed all the coming billions of people without destroying another inch of nature,” Lovejoy said. Much of that can be done by eliminating food waste and being more efficient, he said.