Every second child, below the age of five, is affected by a form of malnutrition: UNICEF

Indian children are being diagnosed with adult diseases such as hypertension, chronic kidney disease and pre-diabetic.

Malnutrition caused 69 percent of deaths of children below the age of five in India, according to a UNICEF report released on Wednesday.

In its report titled ‘The State of the World’s Children 2019’, UNICEF said that every second child in that age group is affected by some form of malnutrition.

This includes stunting (35 percent), wasting (17 percent) and overweight (2 percent). Only 42 percent of children (in the age group of 6 to 23 months) are fed at an adequate frequency and 21 percent get an adequately diverse diet. Many children in Indian cities, live in “food deserts” or in “food swamps”. Image credit: Wikipedia

Timely complementary feeding is initiated for only 53 percent of infants aged 6-8 months.

About Indian women’s health, it is said that every second woman is anaemic. It also said that anaemia is the most prevalent in children under the age of five years. Its prevalence among adolescent girls is twice as that of adolescent boys.

Indian children are being diagnosed with adult diseases such as hypertension, chronic kidney disease and pre-diabetic.

The data states that children under the age of five years are affected by micronutrient deficiencies. While every fifth child under the age five is vitamin A deficient, one in every third baby has a vitamin B12 deficiency and two out of every five children are anaemic.

The report said POSHAN Abhiyaan or the National Nutrition Mission is playing a major role in improving nutrition indicators across India. The Anaemia Mukt Bharat programme to fight anaemic prevalence has been recognised as one of the best programmes implemented by governments across the world to address malnutrition.

The 6X6X6 strategy (six target beneficiary groups, six interventions and six institutional mechanisms) of the programme has been highlighted for using anaemia testing and treatment as the entry point to provide information on healthy diets.

Overweight and obesity increasingly begin in childhood with a growing threat of non-communicable diseases like diabetes (10 percent) in school-aged children and adolescents. 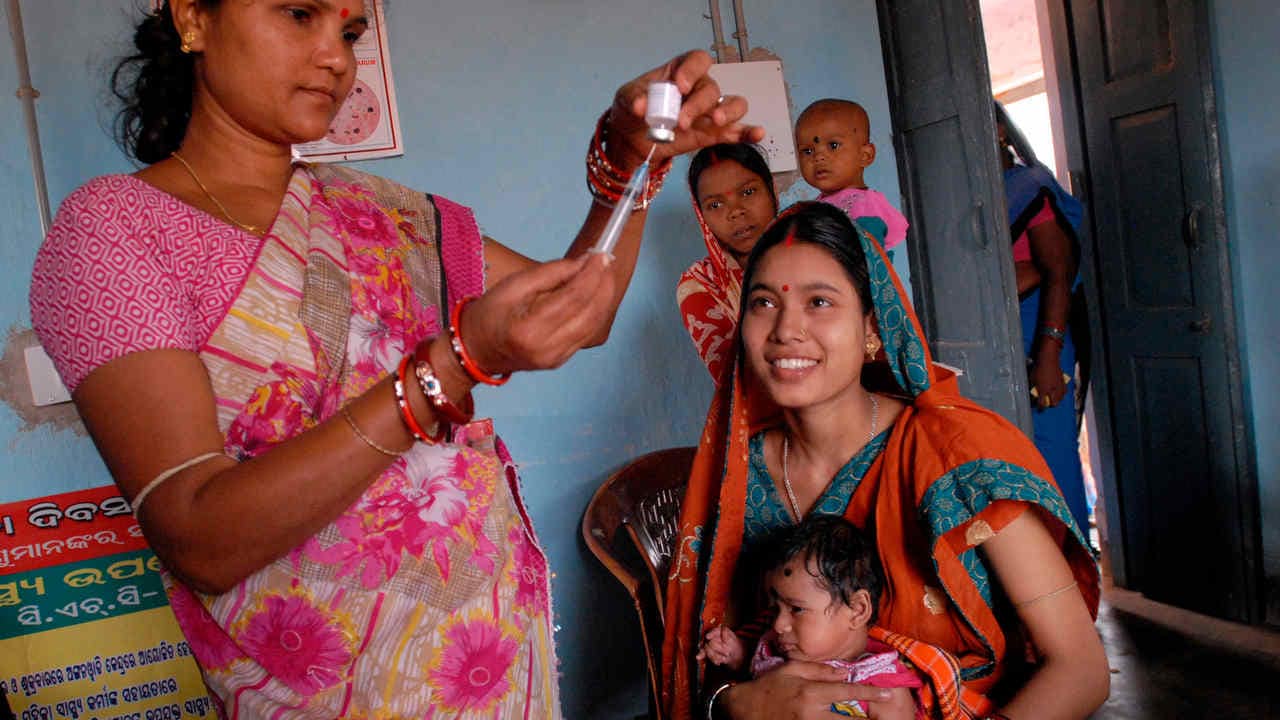 Every second woman is anaemic and it is most prevalent in children under the age of five years. Image credit: Flickr/ UK department for international development

Urban India is moving into an unhealthy food snacking environment, which is influencing children’s food choices and this is spreading to rural areas. Food consumption patterns in India reveal that child diets are largely starved of proteins and micro-nutrients and are influenced by household (adult) food choices.

Over the decades, despite growing incomes, protein-based calories remain low and unchanged, and the calorific share of fruits and vegetables has declined. The report said globally 77 percent of processed food sales are controlled by just 100 large firms.

In cities, many poor children live in “food deserts” or in “food swamps”.

Regarding the situation globally, the UNICEF’s report said at least one in three children under five years of age — or 200 million — is either undernourished or overweight.

The report states that almost two in three children between six months and two years of age are not fed food that supports their rapidly growing bodies and brains. This puts them at a risk of poor brain development, weak learning, low immunity, increased infections and, in many cases, death, it said.

The UNICEF had earlier released such a report 20 years ago.