Even at death's door, a 'Cold Quasar' can form new stars, as per new observations

Quasars are the brightest object in the visible universe and are found in old, star-forming galaxies. So far, they were only associated with the end of a star's lifetime, but new evidence suggests that quasars can still support star formation once they form.

Along with observations made using the European Space Agency's XMM-Newton Telescope, researchers managed to find a telling extra "blip" in these ageing phenomena. They suspect that an unexpected, late-stage star formation is possible in all types of galaxies.

While stars are essentially an explosion that won't stop exploding, quasars are billions of times the size and mass of stars like the Sun. They form when material falls into a supermassive black hole at the center of a galaxy and creates what's called an accretion disk, which moves at fast speeds around the black hole. 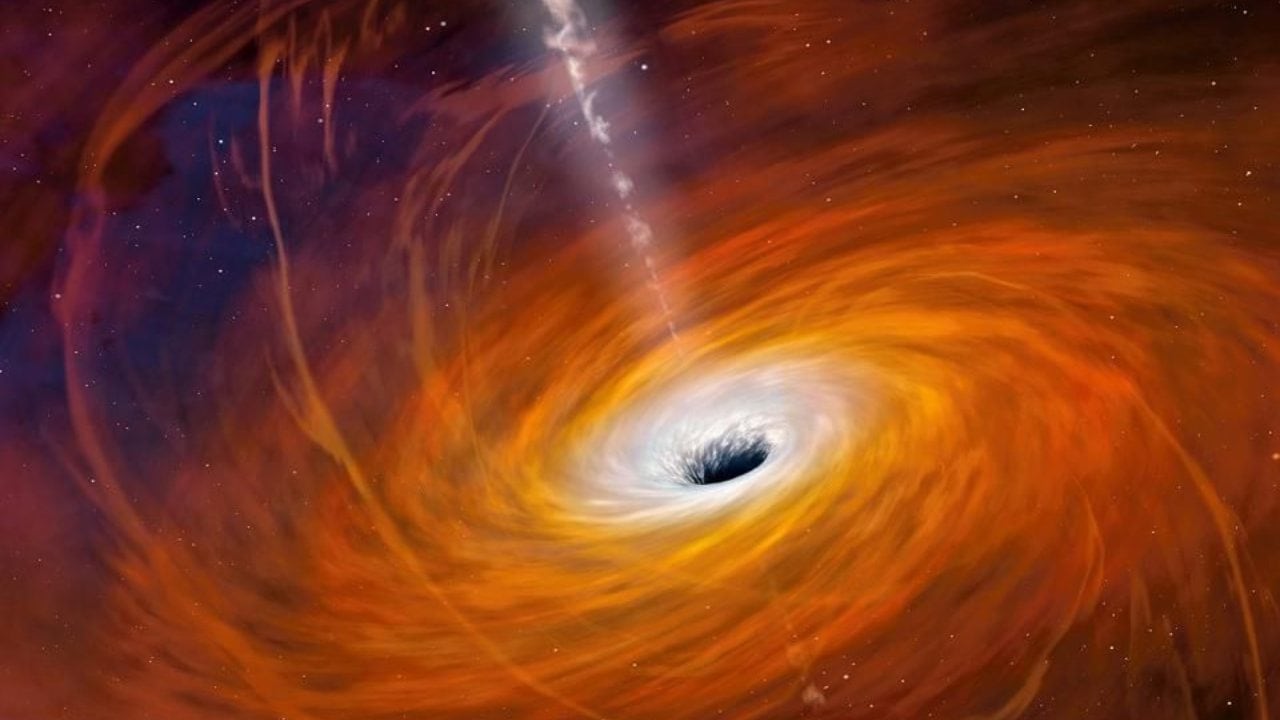 An illustration of an accreting, active supermassive black hole on its way to becoming a quasar. Image: Mark Garlick/Flickr

This disk casts off an enormous amount of electromagnetic energy, often making the black hole shine brighter than its galaxy once did. Quasars can stretch as far and wide as entire galaxies, where instead of asteroids, planets and dark matter, the matter spreading across the bulk of a quasar is superheated plasma, which is what gives them a glow brighter than some galaxies.

Combining observations from all those data sources, the scientists' investigation revealed that about 10 percent of galaxies with accreting supermassive black holes still held onto a supply of cold gas and made new stars.

"That in itself is surprising," Kirkpatrick said.

As quasars form, they clear out the gas and dust from the centres of the star-forming galaxies, pushing them to the growing quasar's outskirts. Soon, there won't be enough dust and gas needed for new stars to form.

"We already knew quasars go through a dust-obscured phase… a heavily shrouded phase where dust is surrounding the supermassive black hole," Allison Kirkpatrick, lead researcher and astrophysicist at the University of Kansas, said in a statement. "Now we've found this unique transition regime that we didn't know [about] before," she said.

Kirkpatrick and her colleagues looked at many different, intriguing quasars in the X-ray and far-infrared spectra to select only those quasars that hadn't lost all of their cosmic dust. While some in the gamut of galaxies looked much like the familiar spiral arms of our own Milky Way, others were compact or showed signs of being mid-merger with a second galaxy. In any case, all of them held a steady supply of cold gases, which, previously, wasn't thought possible.

This new class of objects has been named "cold quasars" by Kirkpatrick, who presented her results at the semiannual meeting of the American Astronomical Society on 12 June.

Next, the team will try to find out if there are any specific types of galaxies that can retain this cold gas toward the tail end of their life cycles, or if applies more generally to all galaxies.