The 28-nation bloc is aiming to reduce 40 percent by 2030, some leaders called for the target to be raised.

The European Union said Wednesday that it will likely miss its target for reducing greenhouse gases by 2030, dealing a blow to the bloc’s efforts to be a leader in the fight against climate change.

The European Environment Agency said existing measures put the EU on course to cut its emissions of carbon dioxide and other planet-warming pollutants by 30 percent in the next decade compared with 1990 levels.

Currently, the 28-nation bloc is aiming for a reduction of 40 percent by 2030, and some leaders have called for this target to be raised to 55 percent, with a long-term goal of ending virtually all new emissions by 2050. 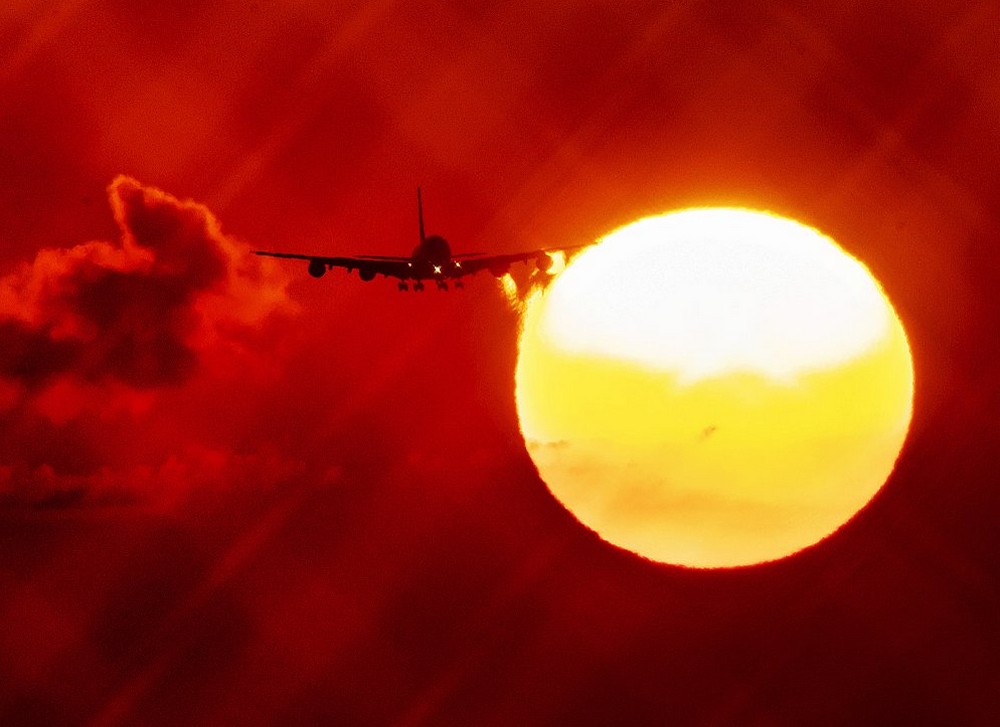 The EU will miss its targets for reducing planet-warming greenhouse gases by 2030. Image credit: AP

“Recent trends highlight a slowing down of progress in areas such as reducing greenhouse gas emissions, industrial emissions, waste generation, improving energy efficiency and the share of renewable energy,” the agency said in a report. “Looking ahead, the current rate of progress will not be enough to meet 2030 and 2050 climate and energy targets.”

The report was released as officials from almost 200 countries meet in Madrid for U.N. climate talks. The EU’s new executive Commission is expected to present its long-term plan for tackling global warming — dubbed the European Green Deal — next week.

Environmental campaigners said the EU should step up its efforts to ensure that the aim of the 2015 Paris climate accord of keeping global warming at 1.5 degrees Celsius (2.7 Fahrenheit) by the end of the century remains possible.

The European Environment Agency report said that “there is still a chance to meet the longer-term goals and objectives for 2030 and 2050” if countries ratchet up their efforts, adding that this will require tackling politically sensitive issues such as fossil fuel subsidies.

A separate study published Wednesday by a group of international scientists found that both the European Union and the United States saw emissions drop 1.7 percent from 2018 to 2019, but China saw a 2.6 percent increase and India had a 1.8 percent rise. 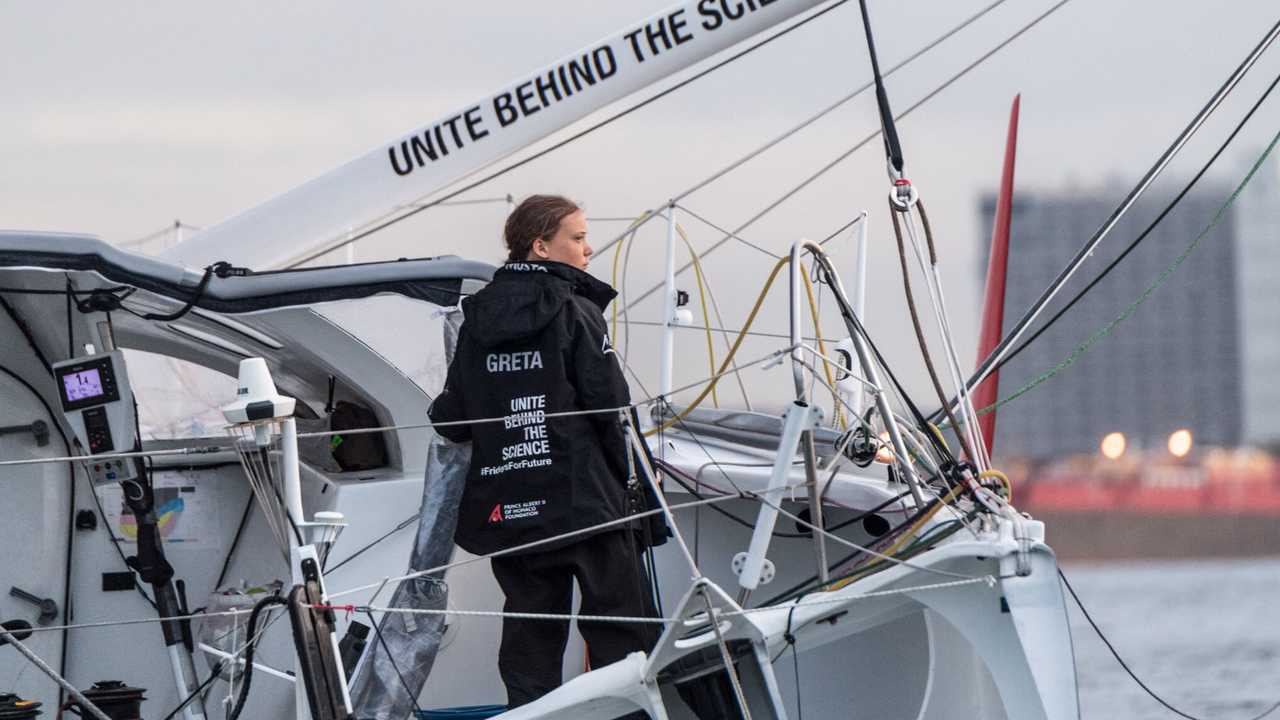 Greta Thunberg stand at the helm of the Malizia II as she reaches New York. image credit: Twitter

“We’re still moving fast in the wrong direction,” Thunberg said in a tweet. Thunberg is expected to travel to Madrid for a mass protest on Friday outside the climate talks.

Under the slogan “The world has awakened to the climate emergency,” the rally is expected to gather “at least 100,000” protesters from all over the world, including representatives of Latin America’s indigenous people at the front of it, activists said on Wednesday.

Small-scale protests of barely dozens of activists have been taking place almost daily since the summit began. On Wednesday, some 40 Extinction Rebellion activists broke into a fashion store in a major shopping thoroughfare, glueing their hands to the windows to protest the impact of the garment industry on the environment.

Police removed the protesters, who carried signs reading “The Earth pays for fast fashion” and “Green words, toxic truths.” One of them was arrested for disobeying police orders.

“2019 has been the year of the awakening of civil society and the youth who have stood up to urge politicians and business heavyweights for more ambition against the climate emergency,” said Pablo Chamorro, a spokesman for March for Climate, one of the hundreds of social justice and environmental groups signing the manifesto for Friday’s scheduled march.

Environmental campaigners said the EU should step up its efforts to reach the 2015 Paris Agreement target. Image credit: AP

The march has been hastily organized in Madrid after the U.N. climate talks moved to the Spanish capital from protest-hit Chile. Activists will also hold a march on the same day in the Chilean capital of Santiago.

NGOs and activist groups will also hold from 7 December until the end of the summit, on 13 December, a “Social Summit” at a university in Madrid to push for greater and fairer action against global warming. The alternative summit mirrors a similar gathering in Chile where activists want to provide a platform for unofficial voices.

“Climate change has been hijacked by a technical language that seemed not to leave space for normal people to have a voice,” said Estefanía González, a Chilean activist also behind Friday’s march.

“I wish there are more people like Greta taking over the microphones and not allowing the same people to keep monopolizing the climate message,” she added.

Pope Francis, who has made caring for the environment a hallmark of his papacy, also waded into the debate by sending a message to the Madrid talks questioning if there’s the “far-sighted” political will to deal with climate change.

Climate change is a “challenge of civilization,” said Francis in the 1 December message made public by The Vatican on Wednesday. He added that, “sadly,” awareness is still weak about the need to work harder for “our common home.”

In the message, Francis says that what’s needed is “clear, far-sighted and strong political will.”