This ‘butterfly’ shape is a rare occurrence as only 10 to 20 percent of nebulae generate the bipolar shape.

Scientists have gotten their hands on splendid images of a “cosmic butterfly” that is situated more than 3,000 lightyears away in a constellation called Vela. The NGC 2899 is a bundle of gases that has acquired attention for its resemblance to the "symmetrical structure, beautiful colours, and intricate patterns" of a butterfly.

The glowing picture of the picturesque nebula was captured by the European Southern Observatory's Very Large Telescope (VLT) recently. This is the first time that the planetary nebula was imaged in such intricate detail. 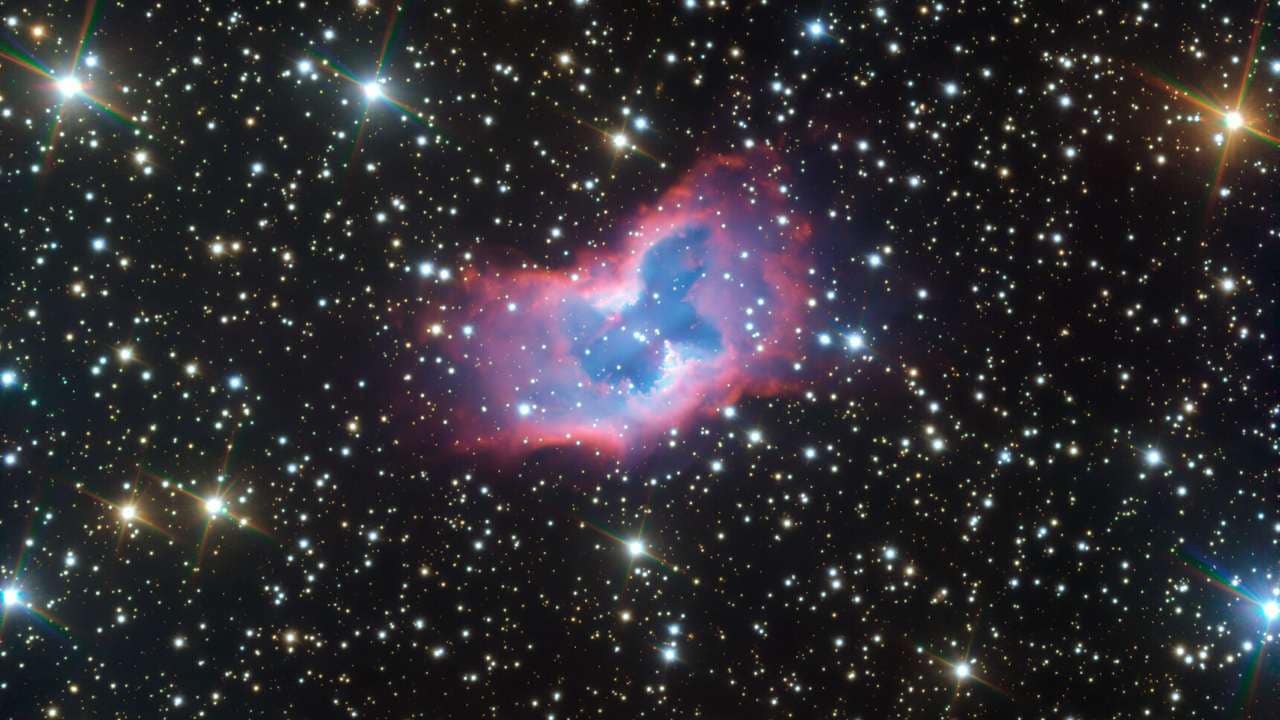 This highly detailed image of the fantastic NGC 2899 planetary nebula was captured using the FORS instrument on ESO’s Very Large Telescope in northern Chile. This object has never before been imaged in such striking detail, with even the faint outer edges of the planetary nebula glowing over the background stars.
Image Credit: ESO

ESO said that the latest image was captured as part of its ESO Cosmic Gems Programme, which aims at producing interesting, intriguing or visually attractive objects using ESO telescopes for educational purposes. ESO's VLT employed the work of the FORS instrument to get the detailed picture.

According to Popular Science, this ‘butterfly’ is a rare occurrence as only 10 to 20 percent of nebulae generate the bipolar shape. Such objects have two central stars that create the double-lobed structure in symmetry.

Contrary to its name, a planetary nebula, like NGC 2899, is not related to planets. The term was coined by William Herschel, who had discovered Uranus. According to Space.com, he had thought that the planetary nebulae resembled the gas giant and hence the nomenclature. These are visible at the end of a big star's life.

As the fuel of a star begins to die out, the outer layers get ejected in a shell of gas that will last a few tens of thousands of years before spreading into the vastness of space. On the other hand, its small core, the "newly formed white dwarf" remains behind.