The Korolev crater is filled with ice throughout the Martian year, frozen under Mars' cold air.

North of Mars' equator, a patch of lowlands filled with ice throughout the Martian year stays trapped and frozen under layers of the planet's cold air.

The Korolev crater is as massive as the famous Great Bear Lake in Canada, and the latest pictures from the European Space Agency's (ESA) Mars Express probe show tall lips at the edge of the crater surrounded by plains of red rock and dust. 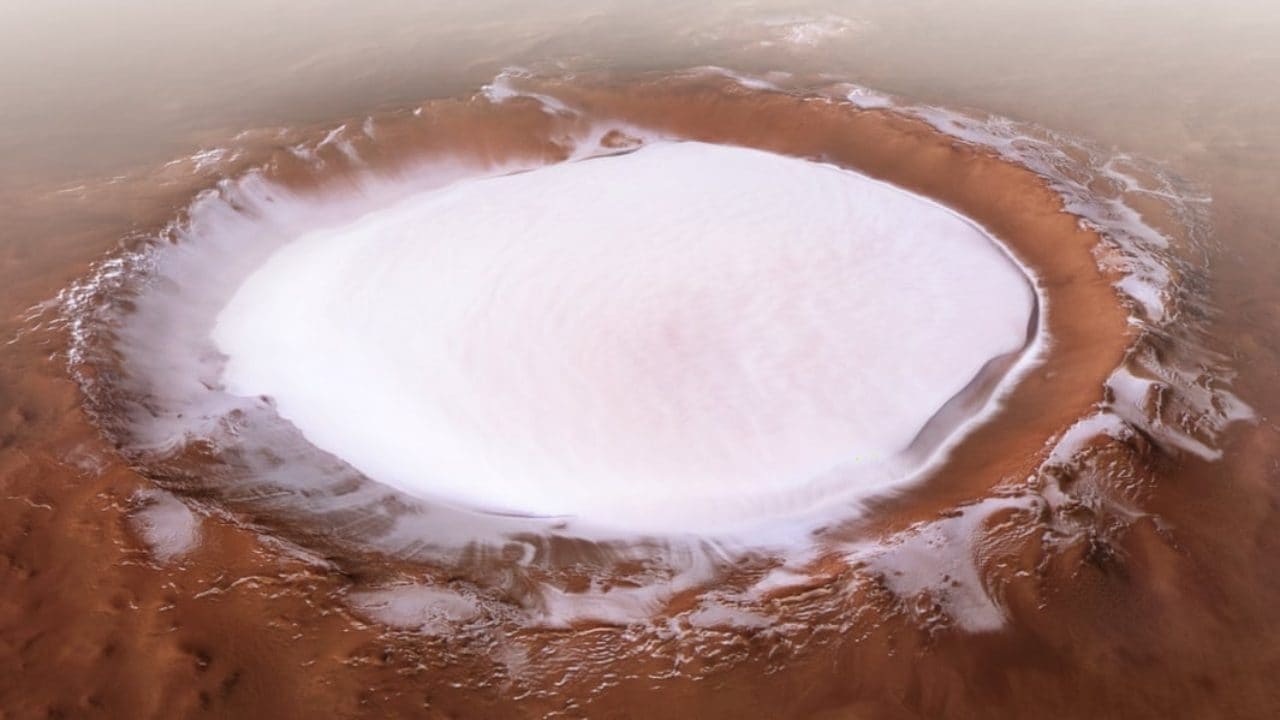 This composite picture of the Korolev crater of Mars was made from images taken by the Mars Express's high-res camera. Image courtesy: ESA

The Mars Express, which entered the Martian orbit in the final days of 2003, sent back images of the Korolev crater captured using its high-resolution camera, which can also capture images in a 'super-resolution mode'. Between both these modes, the camera can pick out objects on Mars as small as 2 metres wide on the surface.

A lot of evidence over recent years from Martian spacecrafts, rovers and landers have shown different lake beds and tracks of once-flowing water, including large volumes of frozen water near the poles. A colour-coded view showing the relative heights of the terrain in and around the Korolev crater. Image: ESA

ESA astronomers found what they think is a 12-mile stretch of brine water under the surface of Mars based on the Mars Express' measurements from July this year.

These discovered have sparked excitement among exobiologists about the possibility that life once existed on Mars, since liquid water is an essential requirement for it.

Mars Express was recently joined by NASA's InSight spacecraft, which has begun its first experiments to study the planet's many rocky layers, listen for Marsquakes and 'wobbles' and monitor how much heat escapes from the planet's surface.