Radio bursts are t mystery, they pulse brightly in radio waves for just a few milliseconds before fading away and are rarely seen again.

The European Space Agency’s integral high-energy space observatory along with a global collaboration of telescopes managed to detect a unique mix of radiation being emitted from a dead star in our Milky Way galaxy. According to study authors, the discovery may solve a long-standing cosmic mystery.

A statement by ESA mentions that the finding involves two kinds of cosmic phenomena, magnetars and fast radio bursts. 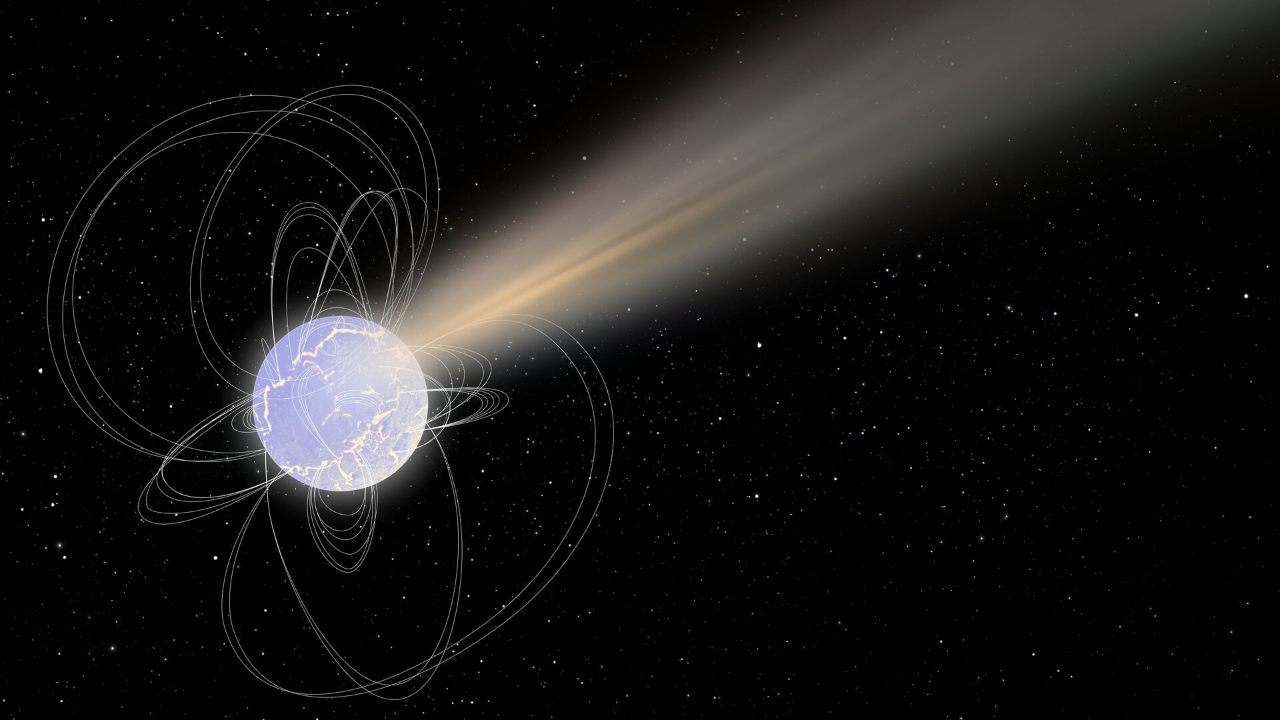 The results of the study were published in the Astrophysical Journal Letters.

Magnetars have some of the most intense magnetic fields in the universe and as they become active, they can produce short bursts of high-energy radiation which is billion times brighter than the Sun.

Radio bursts, which were first discovered in 2007, are somewhat a mystery. They pulse brightly in radio waves for just a few milliseconds before fading away and are rarely seen again.

According to scientists, the true nature of fast radio bursts is unknown.  No such phenomenon has been observed until now within the Milky Way with a known origin, or emitting any radiation which is beyond the domain of radio wave.

As per the report, in April a magnetar discovered six years ago in the constellation of Vulpecula, named SGR 1935+2154, became active after a substantial burst of X-rays. Astronomers soon afterwards discovered that the magnetar was radiating both X-rays and radio waves.

Sandro Mereghetti of the National Institute for Astrophysics (INAF–IASF) in Milan, lead author of the study, said that they detected the magnetar’s burst of high-energy, or ‘hard’, X-rays using Integral space observatory on 28 April.

Mereghetti said that the ‘Burst Alert System’ on Integral automatically alerted observatories worldwide about the discovery in just seconds.

Astronomers on Earth spotted an extremely bright burst of short radio waves from the direction of SGR 1935+2154 using the CHIME radio telescope in Canada which was independently confirmed by the Survey for Transient Astronomical Radio Emission 2 (STARE2) in the US a few hours later.

Mereghetti revealed that they have never seen a burst of radio waves, resembling a fast radio burst, from a magnetar before.

Co-author of the study Volodymyr Savchenko from the Integral Science Data Centre at the University of Geneva revealed that an IBIS imager on Integral allowed them to confirm that the origin of the burst was associated with the magnetar.

“This is the first ever observational connection between magnetars and fast radio bursts. It is a major discovery and helps to bring the origin of these mysterious phenomena into focus,” said Mereghetti.