According to a report by The Guardian, Hera is the European Space Agency's contribution to an experiment called the asteroid impact and deflection assessment. The second component in this assessment is NASA's Double Asteroid Redirection Test, slated for a 2022 launch. Both spacecraft have been designed to visit the double asteroid system Didymos.

As per a release by Thales, named after the Greek goddess of marriage, the Hera mission is aiming to find out if we are capable of deflecting an asteroid and prevent it from hitting Earth. Hera is scheduled for launch in 2024 and will travel for the first time in history to explore a binary asteroid system.

As per the statement, the systems provided by Thales Alenia Space will allow researchers to control and track the spacecraft from a distance up to 500 million kilometer far away and send all information gathered by Hera back to Earth and to perform radio science.

Eduardo Bellido, CEO of Thales Alenia Space in Spain said that it is exciting to be part of the historic experiment for humanity to protect the Earth against asteroid collisions. According to Bellido, their technology will deliver essential data to scientists to be able to establish a planetary defence strategy based on asteroids deflection and to prevent the threat of an impact on Earth. 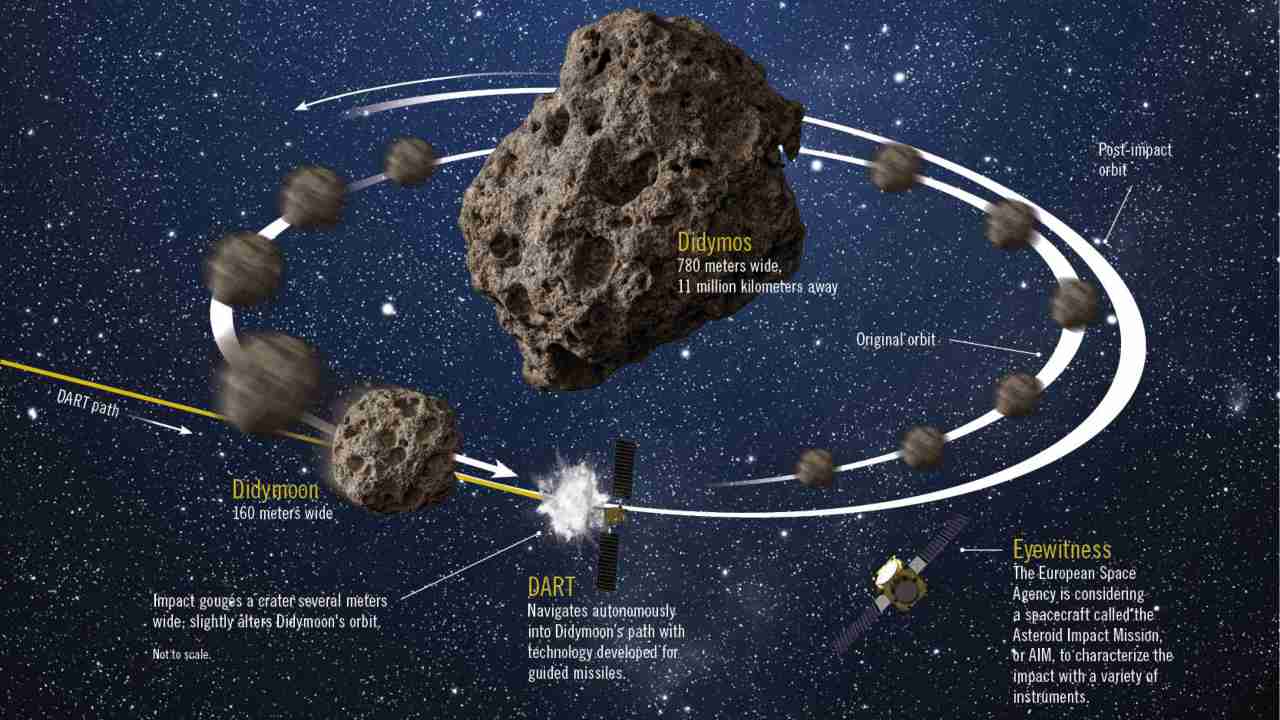 A collision between an asteroid threat in space and a spacecraft might only change the velocity of the rock by a few millimeters. However, over vast distances like millions of kilometers, the same change in trajectory could make the rock miss Earth. Image Courtest: Aerospace In America

As per the statement, Hera will send key information to Earth on the physical properties of Dimorphos to determine the momentum transfer efficiency of the impact and to allow scaling it to different asteroids among other things.

According to the Thales statement, the Didymos binary asteroid system is like thousands of asteroids that pose a hazardous risk of impact to our planet. Around the main body of Didymos, orbits a 160 meter moonlet, Dimorphos, which is similar in size to the great pyramid of Giza. Hera will target this moonlet, which will become the smallest asteroid ever visited by a probe.

Also read: Asteroid's moon gets a name before NASA's DART crashed into it in 2022

NASA's DART mission will deliberately smash into an asteroid in 2022