Emotional Intelligence: Is EQ the X-factor that makes successful leaders in the workplace?

Ancient psychologies and wisdom in India explored mindfulness to shape our minds, and not just to be passive victims of circumstance.

Consider a person who strongly believes in "fighting for peace," who under normal conditions behaves moderately, even kindly. They may possibly come to brawl with someone who threatens or challenges their ideology of peace. The reason for their strong reaction is perhaps that they cannot separate themselves from emotions and is heavily invested in their belief in peace.

The emotional dimensions they may not be able to observe are perhaps of the biases with their notion or ideology, limiting beliefs and strong feelings. These emotions drive their feelings, resulting in their behavior and the way one communicates with themselves and others. This unyielding attitude forms a big barrier in one's personal and professional development and growth.

Such beliefs are also the mental impressions that are left by situations, thoughts, actions, and intents which an individual has experienced or learned in the past. These are the sort of psychological imprints that are below the level of normal consciousness and are the root of our impulsive behavior.

When you think of a 'great leader', who comes to your mind?

More often than not, it is someone who is trustworthy and honest, listens to the team, makes informed decisions, connects and collaborates, make others feel comfortable. Someone who rarely loses their cool whatever the problems be.

These are all qualities of someone with a high quotient of emotional intelligence.

That’s why emotional intelligence is such an important skill, as you need to tune into your own emotions to tune your performance. The saying goes, "emotions drive people and people drive performance". Leadership is about a lot more than being in-charge.

Emotional intelligence is also known as EI or EQ is one of the most popular and most researched psychological hypotheses of the 21st century. But it isn’t a new subject at all. Old Indian scriptures written 4,000 years ago such as the Vedas, the Upanishads, the Bhagwat Gita have widely covered this psychological aspect of humans.

Thanks to scholars such as Peter Solovey and John Mayer, Dr Daniel Goleman, Dr Richard Davidson, Dr Richard Boyatzis among many others, who have made Emotional Intelligence easily understood by almost everyone today.

"When I wrote about Emotional Intelligence across various forums and discussions there is universality about the message that we can be self-aware, that we can manage our inner lives better when we come from a poised, calm, centered place and relate to other people with empathy, with compassion. The first part — the fundamental part — of emotional intelligence is self-awareness, and I think mindfulness is applied self- awareness," said Dr Daniel Goleman, author of Emotional Intelligence, on its importance. Dr Goleman, who has spent two years in India studying mindfulness, resided in McLeodganj during his India stay.

"During my stay at McLeodganj where Dalai Lama lives, I was studying mindfulness as a practice and also theoretically because I realised there were ancient psychologies in India that understood the importance of mindfulness as the ability for us to shape our mind and not just to be passive victims of how our circumstances shape us. When I tried to bring it back to the west it's taken a while to take off and I think there's hard evidence base that has helped it spread so effectively," Goleman said. Leadership is a mix of intelligence and many different skills.

Most of us are familiar with Intelligence Quotient (IQ), which is primarily associated with our logical reasoning, ability to memorise information and retrieve items from our memory. On the other hand, Emotional intelligence (EI) deepens our empathy, our ability to sense the feelings of others.

In my professional career of the past 30 years, I have come across many situations where leaders/managers with high IQ, technological skills and experience fail to perform when promoted to a senior leadership positions or manage bigger teams. On the other hand leaders/managers with poise, smoothly managing most complex social situations without losing their control and make people comfortable in their presence tends to lead better.

So, what is more important – EQ or IQ? A good balance of both brings the best results for organisational performance, but it is now proven that more often it is the soft skills of knowing how to treat people that are remembered by others, rather than a particular level of intelligence.

Emotional Intelligence has grown popular in organisations — why?

Organisations realised that having employees and leaders with higher emotional intelligence is essential for success. Eventually, who is more likely to succeed – a leader who screams and yells at their team when situations are hot and he's under stress, or a leader who stays in control, and calmly assesses the situation?

In fact, recruiters today rely on the value of EQ as one of the key indicators for a person’s performance, teamwork, resilience, and longevity for the position. That’s one of the biggest reasons for wide acceptance of Emotional Intelligence as a major factor facilitating to superior educational and professional performance. 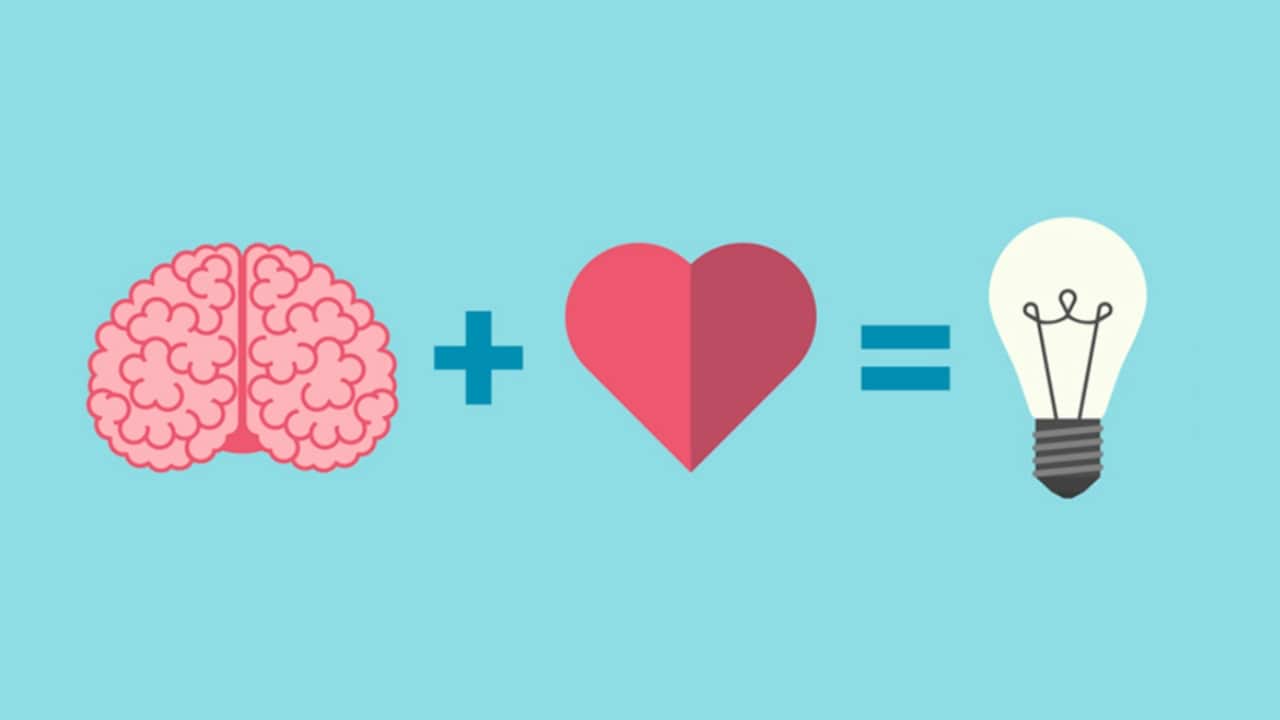 Emotional intelligence is the ability to identify and manage one's own emotions, as well as the emotions of others.

Why do organizations want leaders with high EQ?

We are emotional creatures who often make decisions and respond to stimuli based on our emotions. As a result, our ability to grow in EQ has an enormous impact on managing our relationships, decision making, and identifying opportunities. Emotionally Intelligent leadership works through emotions where they use this skill to positively drive emotions in teams and organisations. These positive emotions resonate in organisational culture bringing out the best performance and holistic wellbeing for everyone.

Teamwork, critical thinking, emotional balance, authenticity with compassion and empathy are few of those traits which play an important role in the success of a good leader in today’s time. Compassion, empathy combined with other social skills are equally important aspects to look for in a leader. He who lacks an aptitude to understand himself and at the same time is unable to recognize team emotions can never produce positive results.

Organisations now look for employing a workforce with high Emotional Intelligence thus enabling them to achieve excellence rather than staying mediocre. Emotional intelligence offers a range of significant benefits for organisations:

What makes up Emotional Intelligence?

Emotional Intelligence is a skill that allows us to access emotional data in two ways:

Four specific character traits that define our level of Emotional Intelligence are Self Awareness, Self-Management, Social Awareness and Relationship Management :

Self-awareness is the first step in the journey towards emotional intelligence. It’s about paying attention to our own self, observing our thoughts, feelings, physical sensations, habits, reactions and  behaviour. Self-awareness and emotional intelligence are undoubtedly important traits of a good leader.

Here we learn to recognise and regulate feelings, manage the way in which we communicate those feelings and emotions to others. The ability to keep disruptive emotions and impulses in check and maintain our effectiveness under stressful or hostile conditions is an essential part of self-management. It’s also an ability to recognise, generate and use emotions in cognitive tasks such as problem solving and creativity.

Social awareness is an ability to read and understand emotions and feelings of others. It manifests three main human abilities: empathy, organisational awareness and service orientation.These abilities give people an awareness and sensitivity toward others’ emotions, needs and concerns. This skill comes with an additional ability where one can read nonverbal cues and facial expressions helping build a genuine understanding and true compassion for others that promotes to trustworthy relationships.

It is even more important in profession wherever high human interactions are needed such as judges, lawyers, police,doctors, armed forces, etc.

Recently, I was training 55 young and senior police officers at one of the largest Police training Academy in the country. They showed great improvement in their leadership skills and emotional awareness after four days of back to back Emotional Intelligence training.

I have personally experienced that leaders with this sensitivity perform far superior than others and they play a critical role in organisational team performance with greater understanding and genuine compassion for others.

Our failure or success depends when we collaborate and cooperate with others, hence relationship management plays an extremely important role in achieving personal and professional success.Relationship Management is one of the most critical social skills and draws a more intricate picture. Effectiveness of our relationships fulcrums on our ability to understand and fine-tune ourselves towards the emotions of other people. Our inability to control our emotional outbursts or lack of empathy towards others, reduces our chances for an effective relationships. As an effective leader, you will need to cultivate emotional ability to impact or convince people, foster long term support, be able to manage conflicts, find solutions and inspire teams. One needs to cultivate the following skills in order to build an effective relationship management.

The author is the founder of Mindfulness India Summit, Mindful Science Centre and Beyond Mind Learning.

Mind The Malhotras’ second season is even more fun

Why can't ED question someone if it has doubts, Kerala HC asks CPI(M) leader Thomas Isaac