SpaceX is in the midst of multiple fixes, so the issue doesn't affect SN10's successor, which is also flying on a test flight this month.

For several seconds after SpaceX's SN10 Starship made a touch down on 3 March, it looked as if the prototype Mars rocket passed its test flight successfully. But it exploded, standing on the landing pad soon after its impeccable landing, erupting into a familiar inferno like many of its earlier iterations. Elon Musk, CEO and founder of SpaceX, has now revealed what went wrong with the test flight, in responses sent to his Twitter followers. Musk said the prototype's engine was low on thrust, most likely from "partial helium ingestion" from the fuel header tank.

The impact from SN10's soft-landing – at a speed of roughly 10 metres per second – weighed down heavy on the rocket's legs and part of its skirt, pulling the spacecraft to its side with its own weight.

Just prior to SN11 being placed onto the launch mount, SpaceX employees lowered down each and every landing leg. Testing them, so unlike during the SN10 flight; they will hopefully deploy properly this time. pic.twitter.com/LJVl6zpnmo

SpaceX is in the midst of multiple fixes for the issue, so it doesn't affect SN10's successor. The newest incarnation of Starship, SN11, was rolled out to the test stand for assembly on 8 March, according to Space.com, before an upcoming test launch. This high-altitude test flight of SN11 is planned soon, but SpaceX has yet to share a date.

SpaceX's employees were seen lowering each landing leg individually on the SN11, as per a tweet from space enthusiast Austin Barnard. 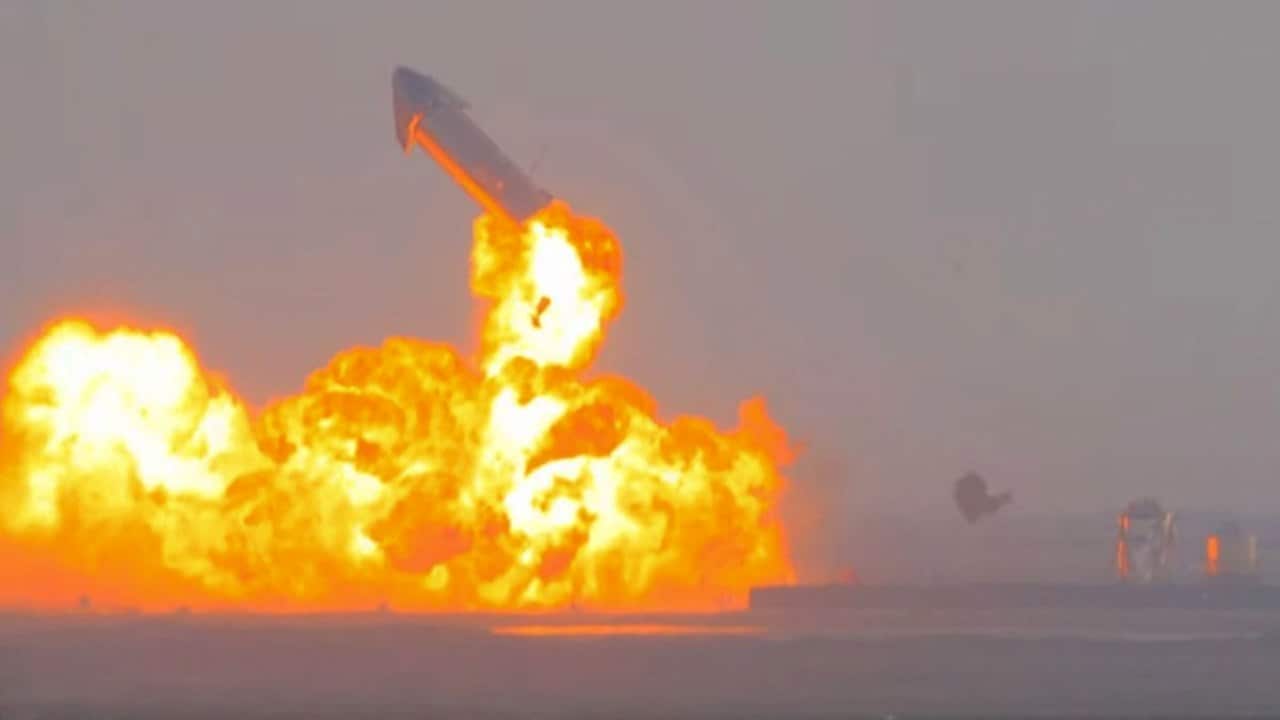 The SN10 prototype explodes after a successful liftoff and soft landing at SpaceX's launch site on 3 March. Image Credit: Spadre.com via YouTube

The development and testing for Starship is taking place in a deserted area leased by SpaceX in South Texas – a vast and empty site so accidents or explosions will likely not cause damage or fatalities.

Starship, once operational, could also be a useful spacecraft for closer trips than Mars, especially to the Moon.

Japanese billionaire and fashion tycoon Yusaku Maezawa is among the confirmed crew on SpaceX's first civilian lunar trip, dearMoon, planned in 2023. Maezawa kickstarted the application process for eight others from around the world to join him, with only two supposed "criteria" for applicants: being ready to "push the envelope" creatively, and willing to help other crew members do the same.

"I'm highly confident that we will have reached orbit many times with Starship before 2023 and that it will be safe enough for human transport by 2023. It's looking very promising," he said.

If the dearMoon mission goes to plan, it will be the first private spaceflight beyond Earth's orbit.