Earth is a less volatile version of the Sun, similar in composition, study finds

The team has developed a trend line to estimate the composition of unknown meteorites, planets & stars.

Scientists have found that the Earth is essentially made from the same elements as the Sun, only, with fewer volatile elements like hydrogen, helium, oxygen and nitrogen in the mix.

The team has made the claim after creating estimates of the Earth's and Sun's compositions to use as a tool to measure what other celestial bodies in the universe are made of. Their hope is to eventually create a tool that can measure the elemental composition of other stars than our Sun, and the rocky planets that orbit them.

"The composition of a rocky planet is one of the most important missing pieces in our efforts to find out whether a planet is habitable or not," Dr Haiyang Wang, lead author of the study from the ANU Research School of Astronomy and Astrophysics (RSAA), said in a press release. 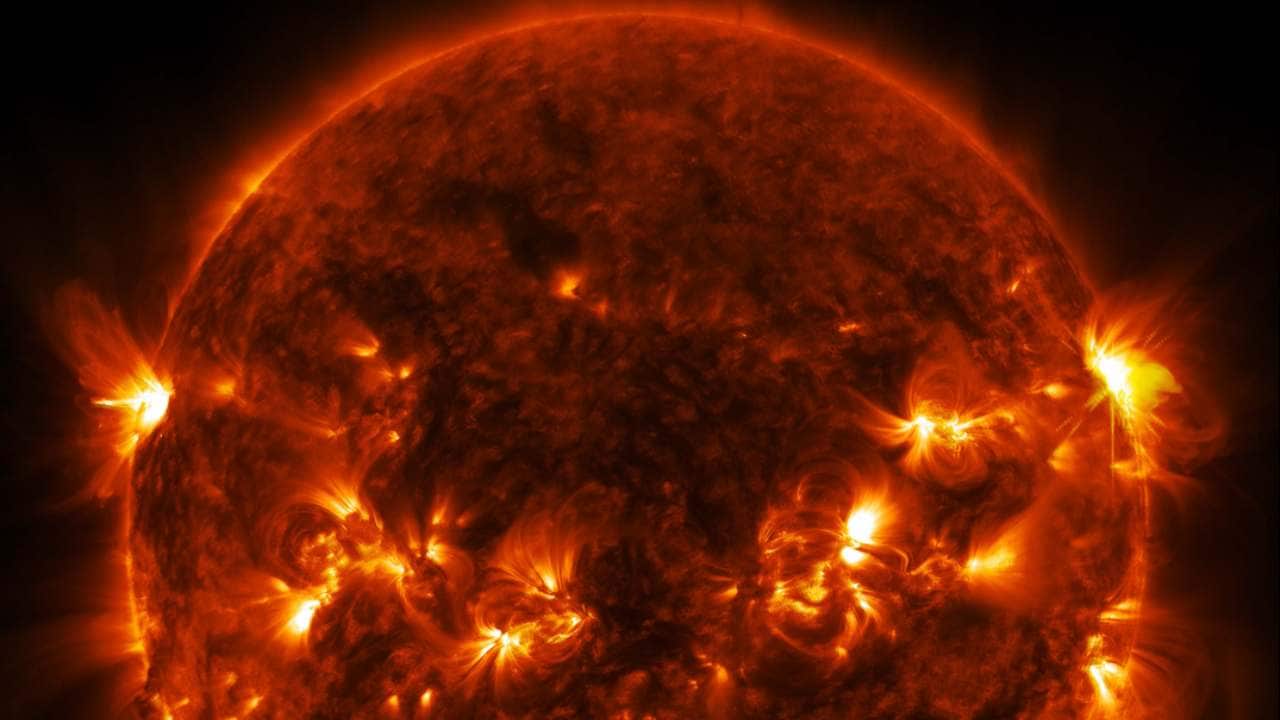 A solar flare erupts on the far right side of the sun, in this image captured by NASA's Solar Dynamics Observatory. Image: NASA Goddard

Rocky planets like the Earth in the universe are devolatised chunks of their host stars. So is Earth, for that matter.

"The majority of stars probably have rocky planets in or near the habitable zone," Lineweaver added. Sunspots larger in size than the Earth itself. Image: NASA Goddard

The researchers compared the composition of Earth rocks alongside meteorites and the Sun's outer shell, co-author of the study Professor Trevor Ireland from the ANU Research School of Earth Sciences, said.

"This comparison yields a wealth of information about the way the Earth formed."

The team has developed a trend line for that can be used as a baseline to understand a foreign object as well as the relationship (specifically how the composition differs) between meteorites, planets and stars.

The research was pre-published in the journal Icarus.