Every species has a role to play in maintaining a balance in the natural world — relationships that are under threat today.

We often don't pay attention to the fact that our day-to-day existence is inextricably connected with the natural world, the resources it has to offer and the species that thrive on it. Our health, food, and security depend largely on biodiversity. From medical treatments to our daily food requirements, species plays a critical role. Species are a group of living organisms that are similar and can exchange genes or interbreed with each other. "Species" is the basic unit of taxonomy used to classify every known organism into. The number of species matters — considerably — to the health of ecosystems, and the world at large.

At a very basic level of interconnectivity, we see this in the medicines that we use, a large portion of it derived from plants species, and more than a third of food crops dependant on pollination by insects. According to the Living Planet Report 2018 (LPR) it is estimated that globally nature provides services worth around USD 125 trillion a year! With a growing human population and increasingly consumerist society, a corresponding increase in primary productivity from trees, plants and marine organisms that convert the solar energy to food is a must. This is possible only if we protect the diversity of species in the world. 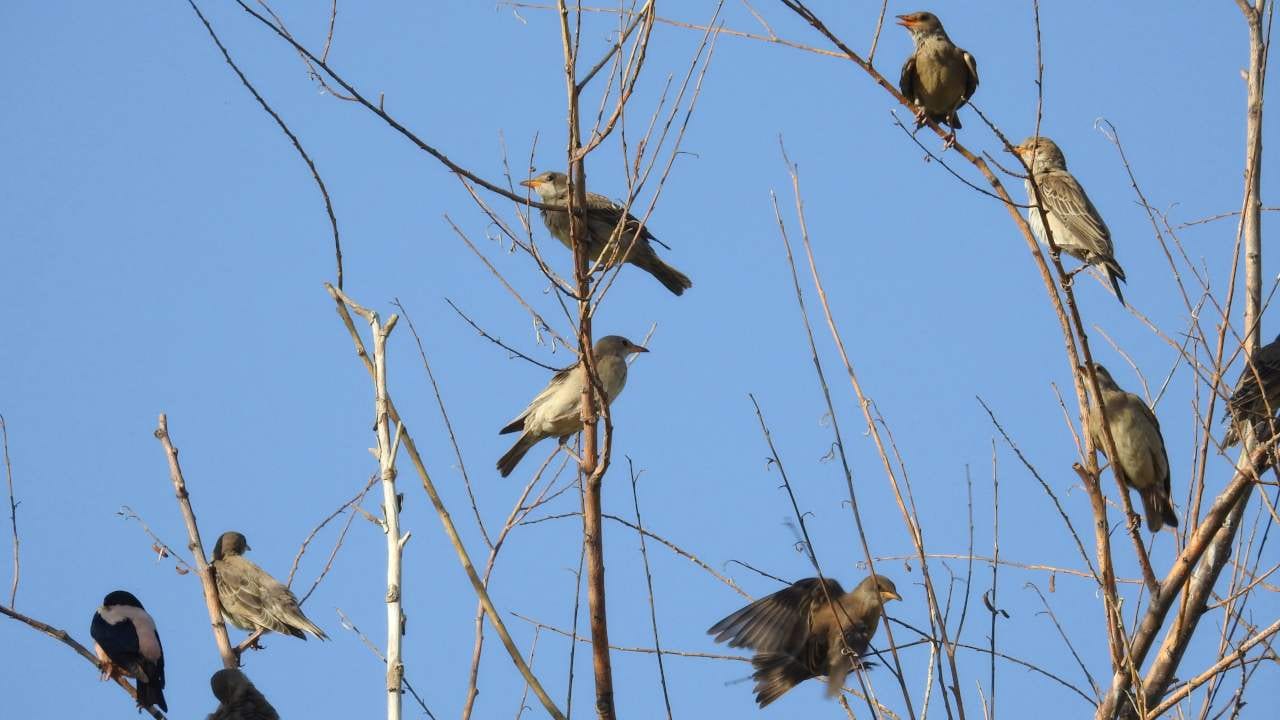 From the depth of the deepest oceans to the top of the highest mountains, life in the form of microbes, algae, fungi and arthropods to large mammals, species can be found in nearly every corner of our planet. The species composition on our planet includes 7.3 percent animals, 7.4 percent fungi, 0.02 percent plants, 7.3 percent protists, and a whopping 78 percent bacteria, according to research conducted by Larsen et al. (2017). Every species has a role to play in maintaining a balance in the natural world.

Plant species help harness the power of the sun and fix carbon through a process called photosynthesis. It is at the base of the food chain for other life forms and plants are, therefore, known as primary producers. Any change in plant species’ composition and richness affect this basic requirement. One species differs from the other in the way they use natural resources, physical and biological and the way they respond to environmental issues that threaten their basic existence. What are some of the threats to species?

The decline of species has been phenomenal in recent times. According to the LPR 2018, terrestrial animal and marine animal populations have fallen by 40 percent since 1970. Freshwater ecosystems lost 75 percent of their biodiversity in 1970. Insect populations have declined by 75 percent too, and coral reefs have been damaged beyond repair. What poses a grim challenge to food security is that there have been dramatic reductions in pollinator species like bees, with pollinators helping produce 35 percent of crops globally. Soil biodiversity has also seen a drastic reduction, which affects multiple ecosystem services.

The challenge with species extinction is that it is irreversible. Once a species is extinct from the face of the Earth, there is almost no way to bring them back. Species extinction occurs when a particular species’ numbers decline drastically due to habitat loss, habitat degradation, natural calamity or overexploitation of the species by human beings. In recent years, a tragic example of extinction due to hunting is that of the Northern white rhino in Africa. As of March 2018, only two female northern white rhinos are left in a private conservancy in Kenya. This near extinction has been caused by poaching of this species for rhino horn. 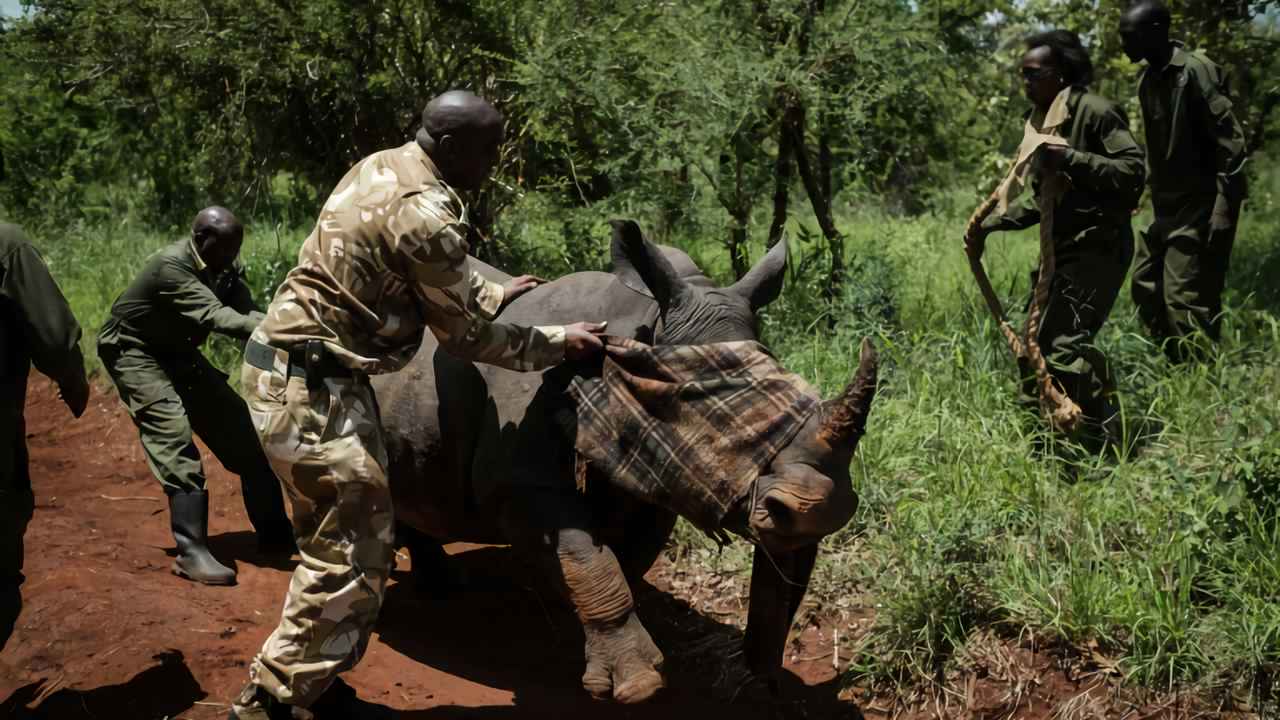 A ranger of Kenya Wildlife Services tries to calm down a female Southern white rhino after she was shot by a tranquilizer from a helicopter in an ear-notching exercise for identification at Meru National Park in 2018. Image: AFP

Two species that went extinct from India in the last century include the Asiatic cheetah and the pink-headed duck, a bird that was seen in this country last in 1950. In the present century, another species of bird, that is slowly moving towards a bleak future is the great Indian Bustard. Found in western parts of India and adjoining regions of Pakistan, the global population of the species today stands at less than two hundred. Even with such low numbers, every day there is a continuous fear of more of these birds dying due to anthropogenic pressures like electrocution from power transmission lines that crisscross its habitat. This kind of species loss is irreversible.

One of the biggest reasons that could be attributed to species’ loss, therefore, is the loss or destruction of its habitats. Large scale land use change like forests being destroyed due to either infrastructural developments like roads and highways or even agriculture and urbanisation, and sea beds being drilled for oil have led to large patches of wildlife habitats being wiped out.

Fragmented habitats isolate species populations, which affects their long-term survival due to inbreeding. Large territorial animals are affected mostly by this, where their habitats are fragmented and even the interconnecting corridors are blocked or chocked due to land use change that threatens species survival. The International Union for Conservation of Nature (IUCN) states that the rapid loss of species that is happening now is estimated to be between 1,000 to 10,000 times higher than the expected natural extinction rate; and unlike the historical mass extinction events, human populations are entirely responsible for the current phenomenon of extinction. The rate of species extinctions occurring across the planet is high and climate change and other anthropogenic pressures like land use change and related habitat fragmentation are only aggravating this loss. Climate change adaptation and mitigation thus becomes essential to halt species loss, or even to maintain species diversity.

With studies showing a 60 percent decline in wildlife populations in about four decades, it is time that we need to collectively work to halt this decline of different species which is essential for the well-being of human populations. It is nature and her inhabitants that have provided everything to build a modern human society. Recent research has shown the importance of the natural world for our health, wealth, food and security. Landscape-level conservation of species helps in slow down the trend provided, all actors are working with equal dedication and in tandem. Protection of species and their natural habitats need to be a priority for all stakeholders to build a world in which humans live in harmony with nature.

The author is the Director for the Species and Landscapes program at WWF-India.