There was a gap between older human species and the newer ones, this skull bridges that gap.

A "remarkably complete" 3.8-million-year-old skull of an early human has been unearthed in Ethiopia, scientists announced Wednesday, a discovery that has the potential to alter our understanding of human evolution.

The skull, known as "MRD", was discovered not far from the younger Lucy — the ancient ancestor of modern humans — and shows that the two species may have co-existed for about 100,000 years. "This skull is one of the most complete fossils of hominids more than 3 million years old," said Yohannes Haile-Selassie, the renowned Ethiopian paleoanthropologist of the Cleveland Museum of Natural History who is a co-author of two studies published Wednesday in the journal Nature.

It "looks set to become another celebrated icon of human evolution," joining the ranks of other high-profile hominid findings, Fred Spoor of the Natural History Museum of London wrote in a commentary accompanying the studies. 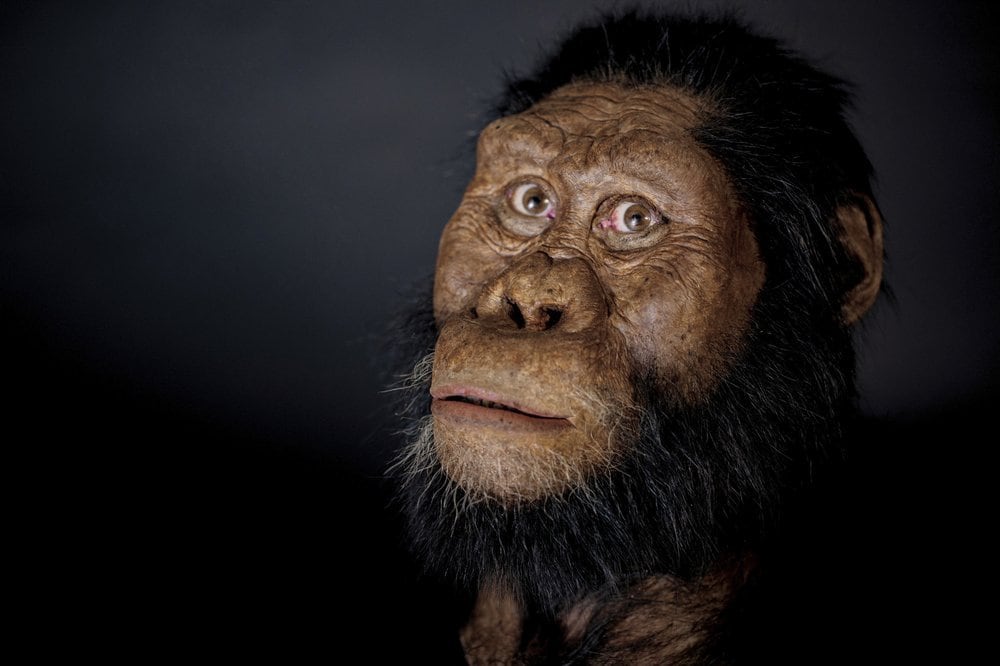 a facial reconstruction model by John Gurche made from a fossilized cranium of MRD. Image credit: AP

"Toumai" (of the species Sahelanthropus tchadensis) is around 7 million years old and is considered by some palaeontologists to be the first representative of the human lineage. It was discovered in Chad in 2001.

Ardi (for Ardipithecus ramidus, another species of hominid) was found in Ethiopia in 1994 and is believed to be around 4.5 million years old.

And Lucy, the famous Australopithecus afarensis, was discovered in Ethiopia in 1974 and is 3.2 million years old.

Australopithecus afarensis is one of the longest-lived and most studied early human species.

The new skull, MRD, belongs to the species Australopithecus anamensis.

Discovered in February 2016 at the site of Woranso-Mille, just 55 kilometres from where Lucy was found in the Afar region of northeastern Ethiopia, MRD offers "the first glimpse of the face of Lucy's ancestor," according to a statement announcing the finding.

Other lesser-known Australopithecus fossils date back at least 3.9 million years, but they featured only jaws and teeth. Without the skull, scientists' understanding of the evolution of these extinct hominids has remained limited. 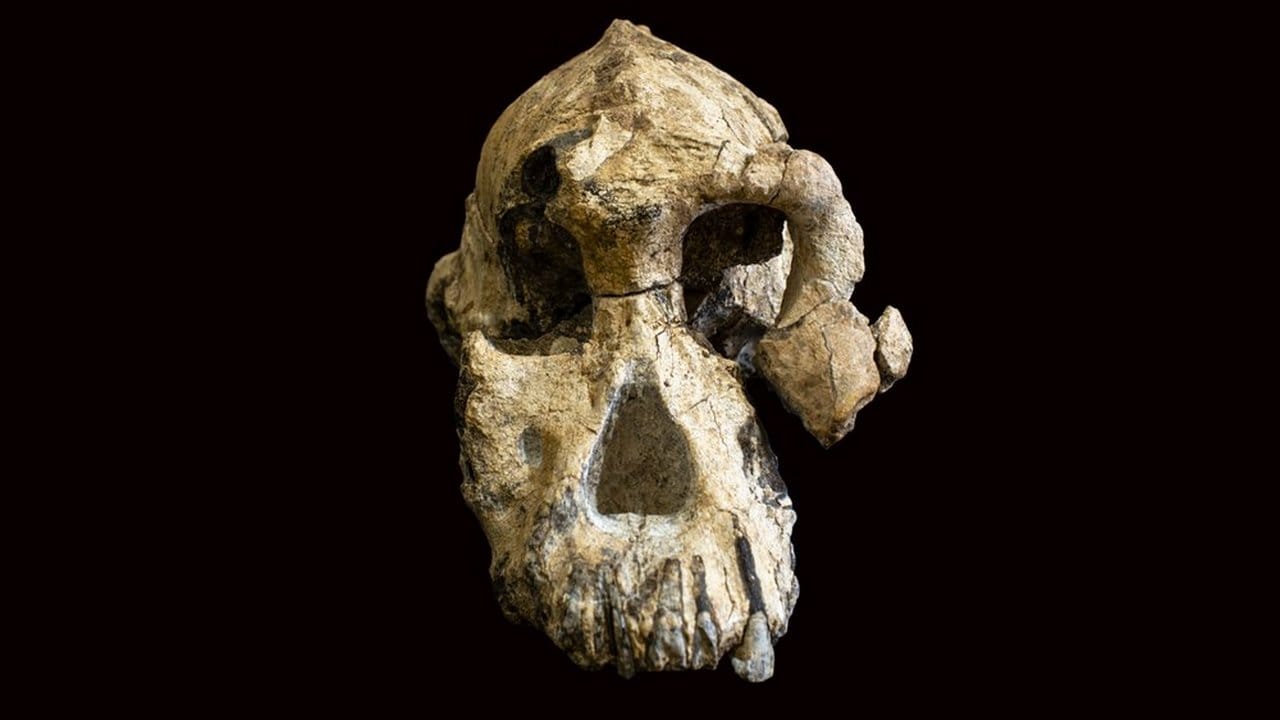 This is the front profile of the fossilized cranium of Australopithecus anamensis. Image credit: AP

The finding challenges a previously held belief about how humans evolved.

"We thought A anamensis (MRD) was gradually turning into A afarensis (Lucy) over time," said Stephanie Melillo of the Max Planck Institute for Evolutionary Anthropology in Germany, a co-author of the Nature studies. But MRD reveals that the two species co-existed for about 100,000 years, the scientists said.

"This is a game-changer in our understanding of human evolution during the Pliocene," Haile-Selassie said.

Melillo agreed, saying it also raised new questions like whether the species competed for space or food.

Though small, the skull has been determined to be that of an adult. Facial reconstructions show a hominid with cheekbones projected forward, a prominent jaw, a flat nose and a narrow forehead.

To the researchers' surprise, the skull represents a mixture of characteristics of Sahelanthropus like "Toumai" and Ardipithecus like "Ardi" as well as more recent species. 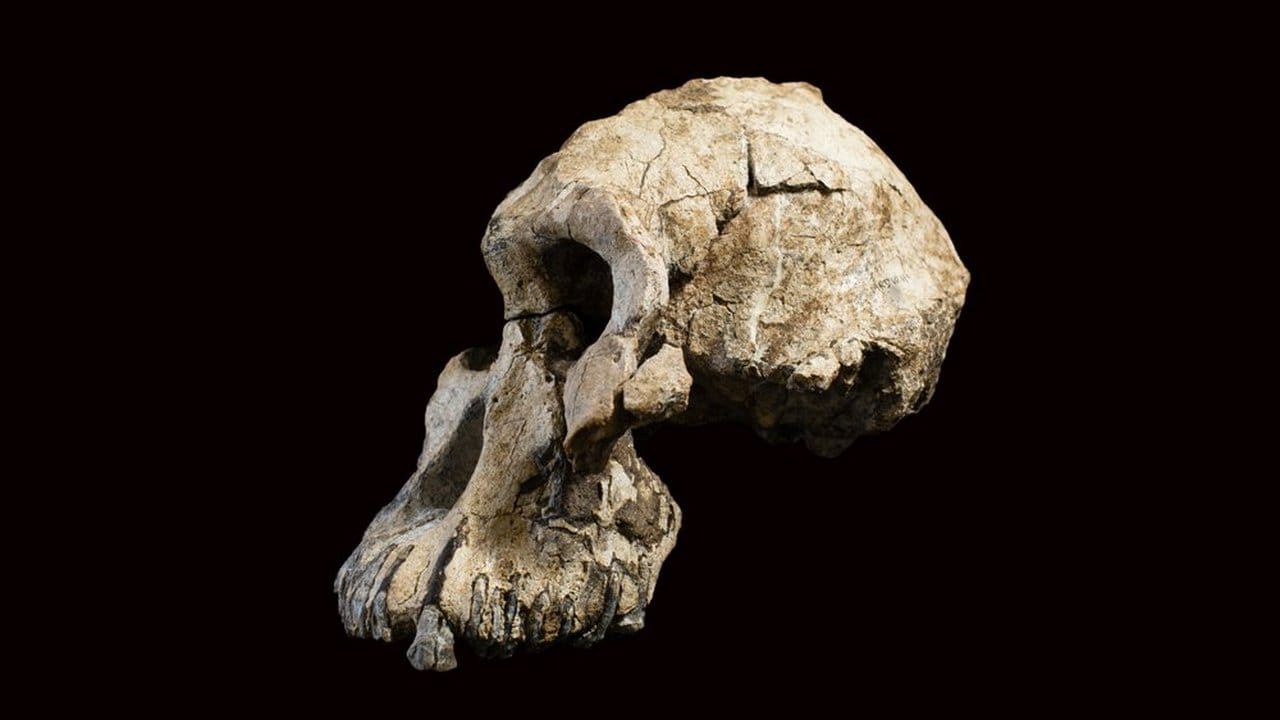 The side profile of the fossilized cranium of Australopithecus anamensis. Image credit: AP

At a press conference in Addis Ababa on Wednesday, Haile-Selassie described how Ali Bereino, a "local guy" from Afar, found the jaw of MRD and immediately brought it to Haile-Selassie's attention.

The cranium was soon found nearby, and workers spent days sifting through the earth that was "1 percent dirt and 99 percent goat poop", Haile-Selassie said. "People were not disgusted by it... but some of them, of course, had to cover their faces because the smell was so bad," he said. It was a small price to pay for the discovery of such a complete specimen, he said. "I did not believe my eyes when I saw the rest of the skull," recalled Haile-Selassie, who described the discovery as "a eureka moment and a dream come true".

Limbo in a blue tent: African asylum-seekers stuck on Cyprus