The puzzling ban of e-cigarettes in India: Restrictions will do more harm than good

Policy should be viewed as tuner knobs, dialling up and down policies based on their success, instead of on-and-off switches.

Insanity is repeating the same mistakes and expecting different results

This is a popular quote, often misattributed to Albert Einstein. It is almost universal common knowledge that bans do not work, they create deep distortion in the economy and have significant unintended consequences.

The Indian government’s own disastrous experience with bans of various substances and services in the past should categorically advise it against such a move in the future. Yet, it is planning to go down the same route again with the case of “e-cigarettes” also known as Electronic Nicotine delivery systems (ENDS). A ban on ENDS, however well-intentioned, will put several former smokers at a greater risk of limiting their access to no-tar alternatives and will end up defeating the larger public health objectives. 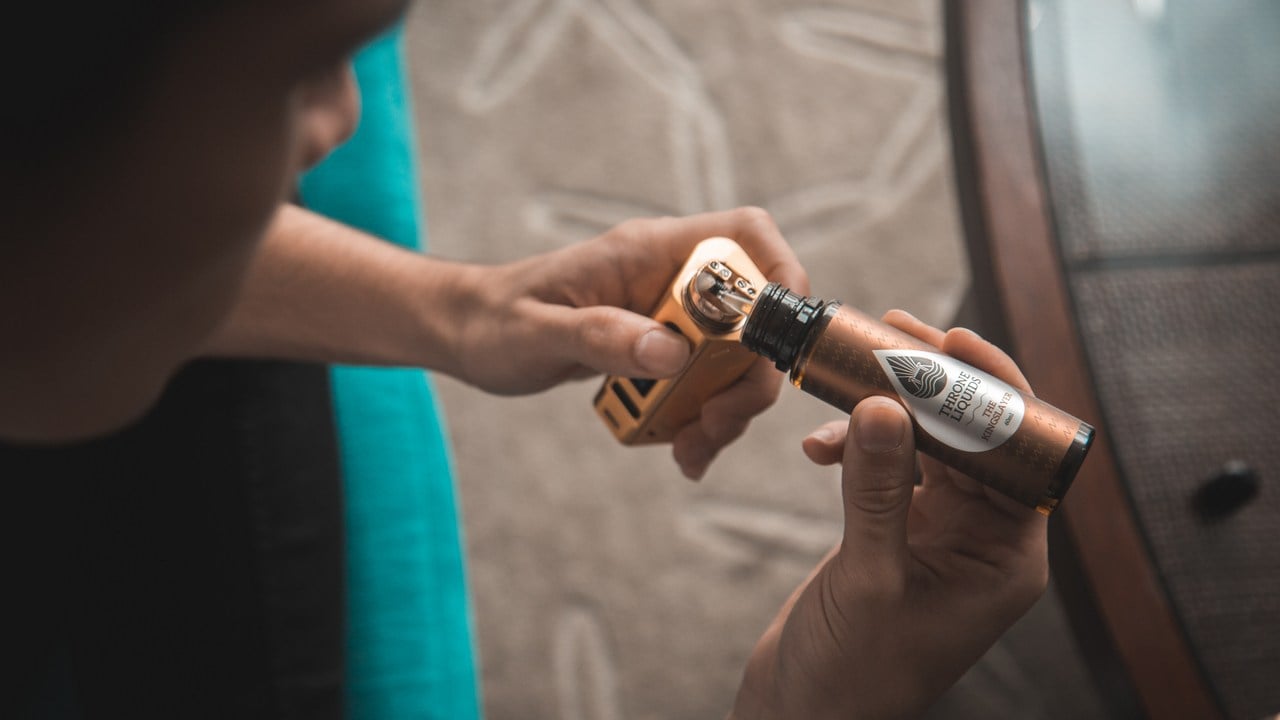 ENDs contain nicotine an active ingredient of tobacco, they are free from tobacco residue

The Union government, or more specifically the health department, plans to ban e-cigarettes and other ENDS, based on the recommendation by Indian Council of Medical Research (ICMR). In its white paper released in May 2019, ICMR stated that ENDS contain not only nicotine solution, which is highly addictive but also other dangerous substances such as flavouring agents and vaporizers. However, it has not been conclusively founded by any specific studies that it carried out in India. The paper lists a series of harmful effects ENDS can have on the human body and the paper’s main contention is that ENDS can act as a gateway for tobacco addiction.

The Government often cites that there are more than 460 different e-cigarette brands with a varied configuration of nicotine delivery, and they come in over 7,700 flavours. They need to recognize the fact that e-cigarettes are an unregulated and unlicensed product in India and brands from all over the world are imported into the Indian market and a large proportion of this will continue even if a ban is placed.

Putting an END to a less dangerous alternative

For some strange reason, the ICMR white paper has cherry-picked data and evidence to come to a pre-decided conclusion. While no one is claiming that ENDS are good for health, ICMR seems to have completely overlooked the main argument in favour of ENDS – that it is far less dangerous than cigarettes. This is also precisely the danger of a technical medical committee making policy recommendation, instead of just providing scientific facts citing pros and cons. Viewed in isolation, it can be seen that ENDS can indeed have some adverse health impact, but a sensible policymaker would always compare it to the status quo and see whether it is an improvement or not. ENDS not only causes less harm to users, but it also helps smokers reduce usage.

As ENDS contain nicotine an active ingredient of tobacco, they are free from tobacco residue (‘tar’), carbon monoxide or other known carcinogens that are present in traditional cigarettes. It is the combustion of tobacco in a cigarette (at a temperature that can exceed 1000 degrees Celsius) that yields toxic by-products that are linked to cancer, heart diseases and respiratory disorders.

There is a wealth of evidence that contradicts the findings by ICMR, which relies largely on selectively chosen secondary sources on the subject. Strangely enough, ICMR does not recommend any prohibitions on cigarettes when we have substantial robust empirical data establishing links to mortality and morbidity with combustible tobacco. Trawling through the literature on the harm caused by ENDS, one can find a broad consensus that ENDS not only pose significantly less potential harm to users, it also helps smokers reduce usage.

A study conducted in India by Professor Rajesh Sharan et al that involved a systematic review of 299 published scientific literature authoritatively conclude that newer generation ENDS was an efficient means of meeting the nicotine demand and reducing tobacco harm. They also find that the use of ENDS was 7.53 times higher in current smokers than in non-smokers in India, which indicates ENDS are not a gateway to cigarettes.

In another landmark 200-page report titled “Nicotine without smoke: tobacco harm reduction”, the Royal College of Physicians in the UK concludes that e-cigarettes are not a gateway to smoking, nor do they result in normalization of smoking. They find that the available evidence indicates that “e-cigarettes are being used almost exclusively as safer alternatives to smoked tobacco, by confirmed smokers who are trying to reduce harm to themselves or others from smoking, or to quit smoking completely”. Importantly, they further categorically find that the long-term harm caused by e-cigarettes is less than 5 percent compared to other tobacco products. The Canadian and most recently, the New Zealand health care system openly endorse vaping to help smokers quit. Hospitals in the United Kingdom have vape shops to motivate smokers to switch. Many in the United States use vaping and other Nicotine replacement therapy products as an important tool to get rid of their cigarette smoking addictions.

Even if we choose to ignore the overwhelming evidence, as ICMR seems to have done, banning a substance is not the right policy approach. India’s experience of prohibition – the banning of production, distribution and sale of alcohol – should teach us that such bans are rarely effective. It will create an underground market, stay outside the ambit of regulatory authorities, and can lead to much greater harm. Just like spurious alcohol, the Indian market might be flooded with substandard products with a higher concentration of harmful products. Banning of the product will also have the unintended consequence of people switching back to combustible cigarettes.

By allowing ENDS to operate in India legally, the government and regulatory bodies can have a lot more control over the product. This includes levying appropriate taxes, issuing public use guidelines, providing information about the product, enforcing a minimum age for sales, and individual product restriction surrounding flavour choices and nicotine concentration in tobacco or e-cigarette products. In fact, regulators could go further to ensure product standardization, labelling requirements to indicate the level of nicotine (something which is not in practice today for normal cigarettes), and technological developments in the field to further reduce the harm caused by the products. 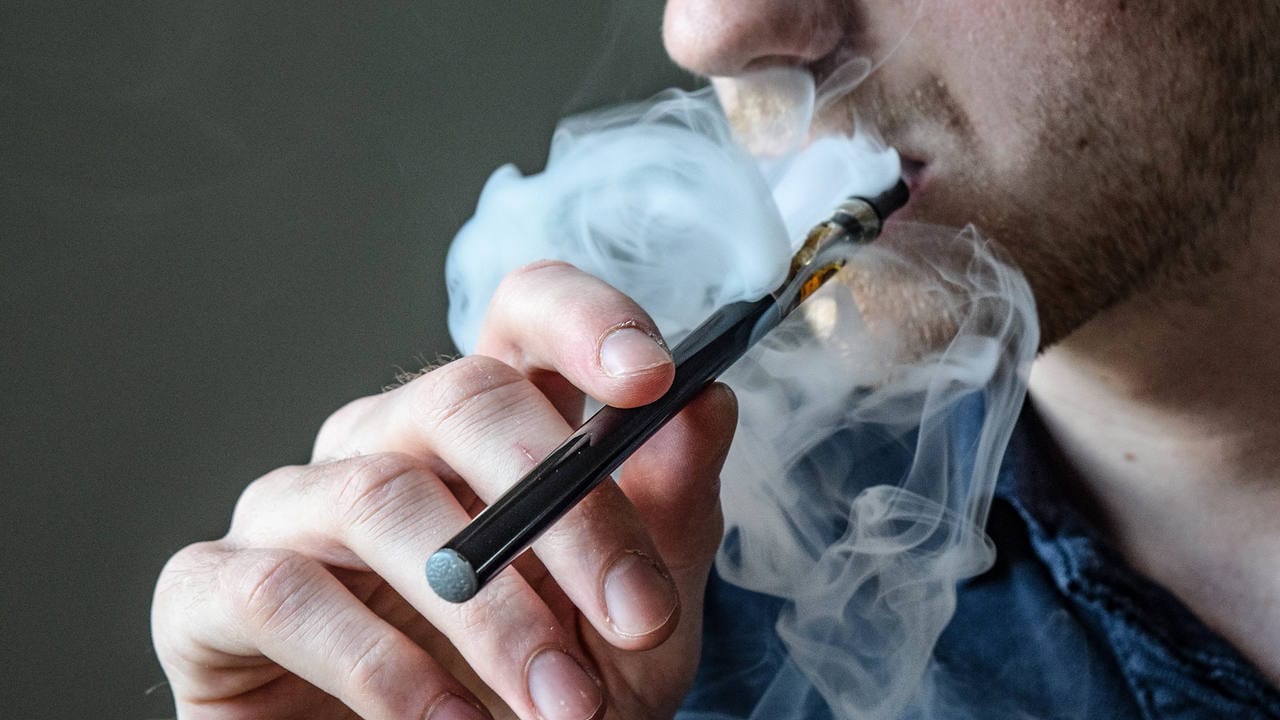 A regulatory strategy should, therefore, take a balanced approach in seeking to ensure product safety, enable and encourage smokers to use the product instead of tobacco, and detect and prevent effects that counter the overall goals of tobacco control policy.

Ultimately, policy should be viewed as tuner knobs – dialling up and down policies based on their success, instead of on-and-off switches. If evidence suggests that ENDS help smokers get access to something better than the deadlier cigarettes, it should be encouraged and developed instead of banning the product.

WATCH: Experts debate on the recent ban of e-cigarettes in India and their effects on people.

Anupam Manur is an Assistant Professor at the Takshashila Institution, an independent and non-partisan think tank and school of public policy.