The tracker wakes up only when it needs to transmit, making it immune to interception by poachers.

French tech company Sigfox has developed a bite-size tracker that can be inserted into the horns of rhinos to help conservationists monitor and protect the endangered species.

With the dramatic decline of animal species in the past century mostly due to poaching and urban expansion, wildlife organisations have turned to technology to help safeguard species being pushed towards extinction.

The global number of rhinos dwindled to about 20,000 a decade ago due to relentless poaching, though they have rebounded to about 29,000 thanks to conservation efforts.

Cameras, infrared and motion sensors, electronic bracelets and drones have been used over the years to protect endangered species, but have at times been limited by vast distances and limited resources in the countries concerned. 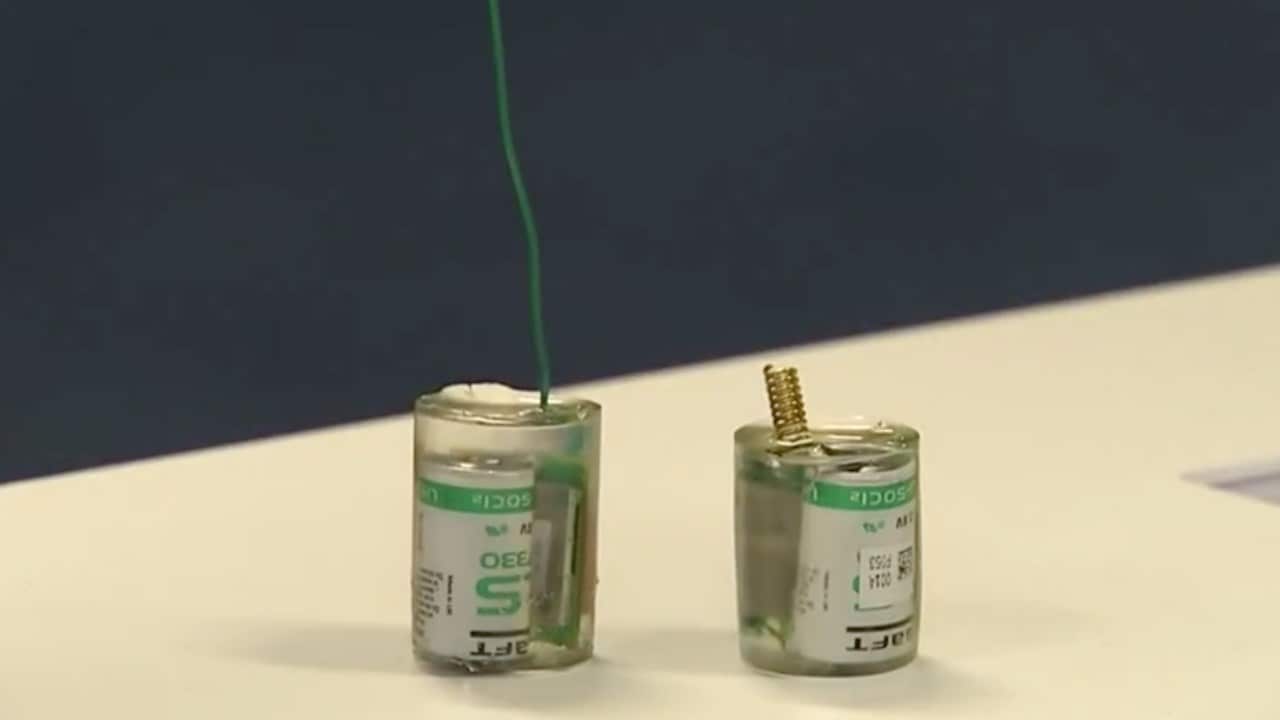 The tiny Rhino trackers give rangers and officials the exact location of rhinos using the SigFox's network over a longer period of time than possible before. Reuters

Sigfox, known for building networks that link objects to the internet, has developed sensors able to give the exact location of rhinos using the firm’s network over a longer period of time.

“We now help rangers and conservation experts to observe from a distance, taking less risk, and especially to anticipate potential dangers that the animal could (face),” Marion Moreau, head of the non-profit Sigfox Foundation, told Reuters.

The sensors can alert park rangers when rhinos approach an area identified as particularly dangerous due to previous instances of poaching. Combined with other warning sensors, they can be used to get rescue teams to the location in real time.

“We started a project in Zimbabwe three years ago, inventing a prototype of a captor, inserted in the horn of about 30 rhinoceroses, which emits the exact position of the rhinoceros three times a day, over three years,” said Moreau. The Sigfox network uses a specific radio signal which offers more security guarantee than other tracking devices. The sensor only wakes up when it has to transmit data, which makes it immune to interception by poachers, she said.

Moreau said Sigfox intended the trackers to be long-lasting with an autonomous battery-life of around three years. The cost would also be capped at $30 per sensor.

Sigfox worked with conservationists and specialised groups including the International Rhino Foundation in developing the tiny sensor. It is also collaborating with the Jane Goodall Institute, a nonprofit organisation that protects primate habitats, in the use of new technologies for conservation.