Blazars, or feeding supermassive black holes, are popular astronomical subjects due to their complicated mechanism of emission.

Indian astronomers have reported one of the strongest flares from a feeding supermassive black hole or blazar called BL Lacertae, analysis of which can help trace the mass of the black hole and the source of this emission, the Department of Science and Technology said on Saturday. Such analysis can provide a lead to probe mysteries and trace events at different stages of evolution of the Universe, it said. Blazars or feeding supermassive black holes in the heart of distant galaxies receive a lot of attention from the astronomical community because of their complicated emission mechanism. They emit jets of charged particles travelling nearly at the speed of light, making them one of the most luminous and energetic objects in the known universe.

"BL Lacertae blazar is 10 million light-years away and is among the 50 most prominent blazars that can be observed with the help of a relatively small telescope. It was among the 3 to 4 blazars that was predicted to be experiencing flares by the Whole Earth Blazar Telescope (WEBT), an international consortium of astronomers," the statement said. 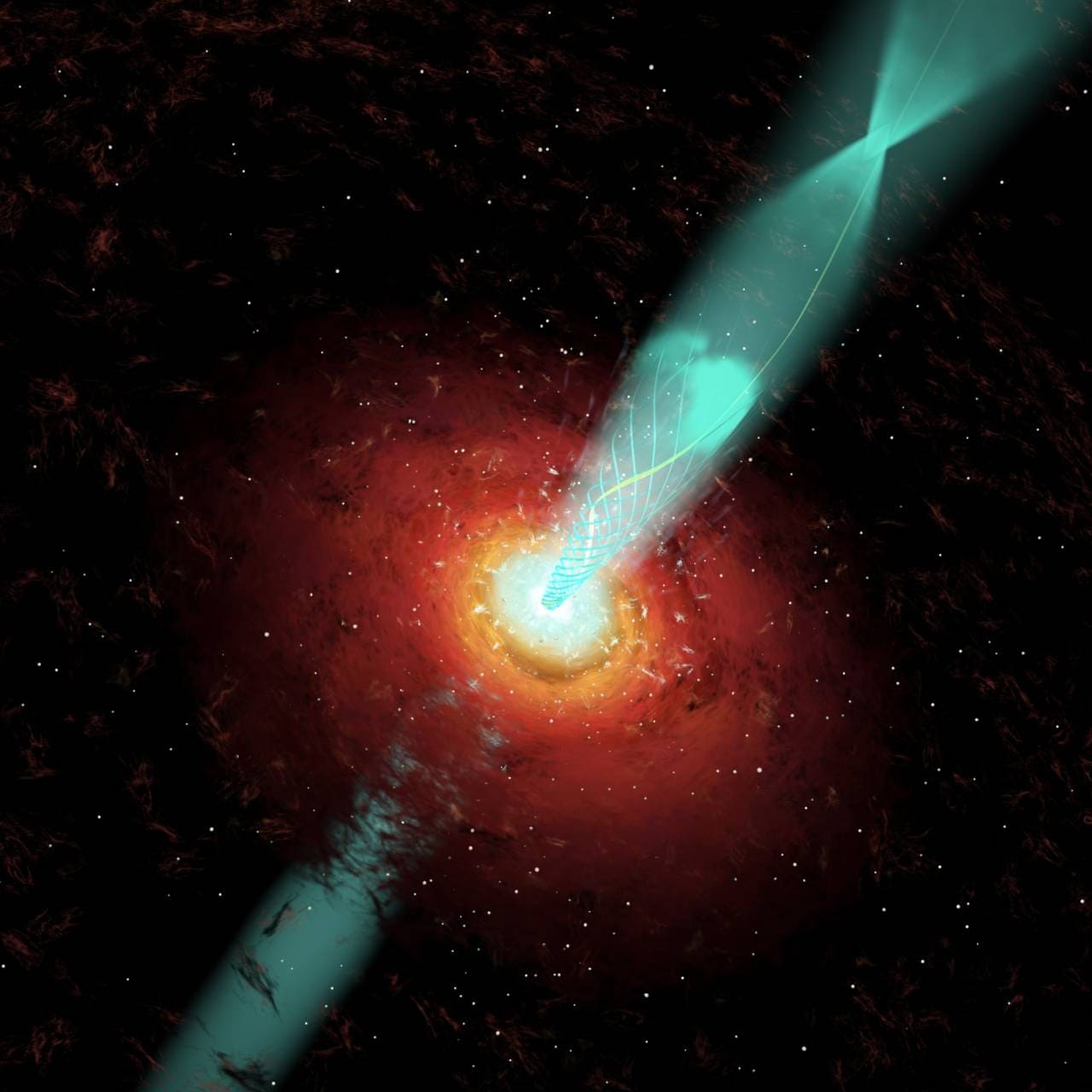 Illustration of a shock wave (bright blob in the upper jet) after a
spiral path (yellow) as it moves away from the black hole and through a section of
the jet where the magnetic field (light blue curved lines) is wound up in a coil. Image: Cosmovision/Instituto de Astronomia

A team of astronomers led by Alok Chandra Gupta from Aryabhatta Research Institute of Observational Sciences (ARIES), an institute of the Department of Science & Technology, who has been following the blazar since October 2020 as part of an international observational campaign detected the exceptionally high flare on January 16 with the help of Sampurnanand Telescope (ST) and 1.3 m Devasthal Fast Optical Telescopes located in Nainital.

The data collected from the flare observed will help calculation of the black hole mass, size of emission region, and mechanism of the emission from one of the oldest astronomical objects known, hence opening a door to the origin and evolution of the Universe, it added.