Researchers scoured through over 600 spiral galaxies that are 'almost twin' but had different nuclear activity.

In a first, significant differences were spotted by scientists while studying the discs of several pairs of spiral galaxies. Led by researchers of the Instituto de Astrofísica de Canarias (IAC), the study will help us understand better how galaxies form and evolve.

It has been proven now that the black holes that are situated at the centre of most of the galaxies have significant influence on their evolution. When a black hole is involved in consuming material around it at a fast rate, thereby emitting high amounts of energy, that very galaxy is termed as an active galaxy. According to the news release, this is because the galaxy has an active nucleus or AGN.

The material that feeds the AGN must have gone through a journey to end up in the centre of the spiral galaxy, as it initially was situated in the disc. Studying the exact mechanisms which control the ties between the active nucleus and the rest of the galaxy is thus important, said Ignacio del Moral Castro, a doctoral student in the IAC and the University of La Laguna (ULL), who is also the first author of the study. 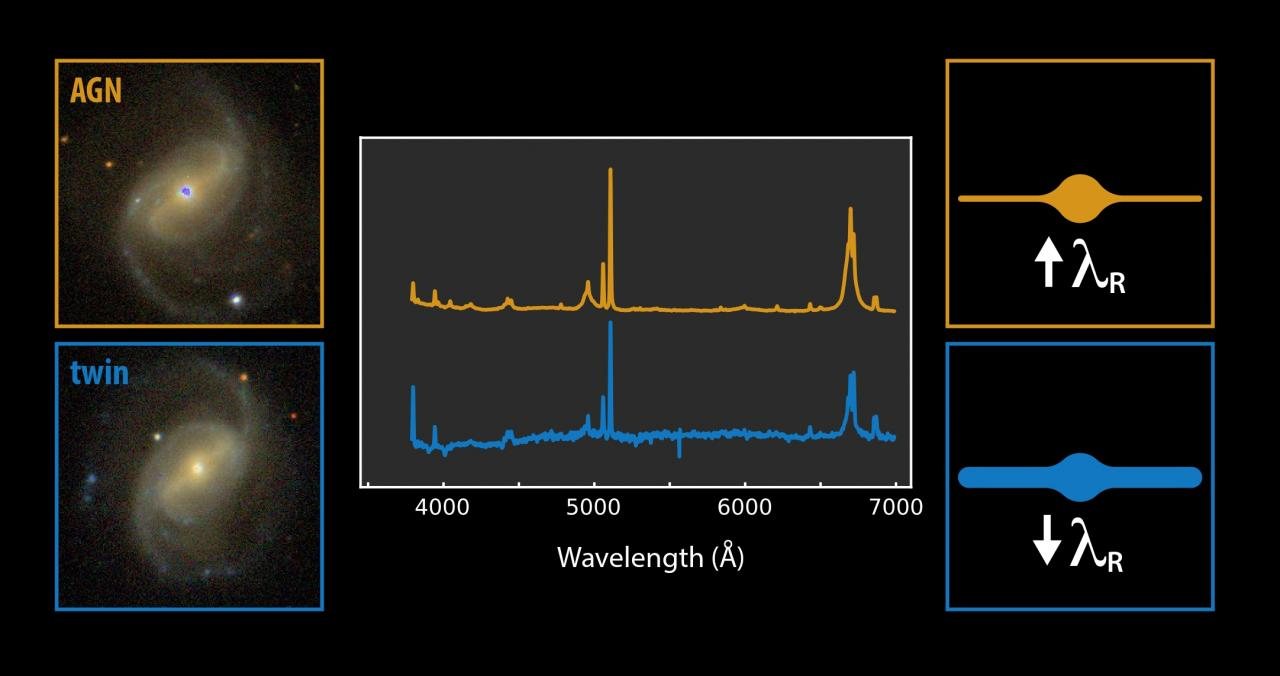 Unravelling that will require the understanding of how active and non-active galaxies are different. Castro picked up over 600 galaxies that are "almost twin" but with different nuclear activity. The study has been accepted to be published in the scientific journal Astronomy & Astrophysics Letters.

While large samples of active and non-active samples were studied in earlier studies, this time researchers compared one active galaxy with another non-active one, maintaining that these are similar in appearance, have the same mass, orientation and brightness. This novel method narrowed down the causes for the differences.

Either angular momentum resulted in the gas falling into the centre. Or, the infall of gas happened from the outside when the galaxy captured any smaller galaxy. The study said both scenarios are compatible with this result, and they are not mutually exclusive.

IAC researcher and co-author  Begoña García Lorenzo said, “The result surprised us; we really didn't expect to find this type of differences on a large scale, given that the duration of the active phase is very short in comparison with the lifetime of a galaxy, and with the time needed to produce morphological and dynamical changes”.