Disappearance of the first SARS virus: Why do we need a vaccine for COVID-19 but didn't for the other?

SARS-CoV-1 was more aggressive and lethal but SARS-CoV-2 spreads faster and sometimes with hidden symptoms.

I study viruses and am so fascinated by the complexity that I have written a book about them. The tale of SARS and its new cousin that causes COVID-19, SARS-CoV-2, shows just how unpredictable viruses can be, particularly when they jump from animals to humans. Understanding emerging, infectious diseases needs to be a priority. SARS, which killed about one in 10 infected people, turned out to be highly lethal but ultimately, and somewhat mysteriously, disappeared. SARS, or severe acute respiratory syndrome, was first noted in Guangdong province, China in November of 2002, when doctors there saw unusual pneumonia. But the disease was not reported to the World Health Organization at that time.

In February of 2003, another outbreak occurred in Hanoi, Vietnam, and a WHO officer, who later died, examined a patient there and reported a large outbreak to the WHO main office on March 10, 2003.

Meanwhile, a doctor from Guangdong province travelled to Hong Kong and stayed at the Metropol Hotel, along with a number of other international travellers. The doctor was infected with what we now know as SARS-CoV-1. The virus was transmitted to at least a dozen other hotel guests. Two returned to Canada and took the virus there. One returned to Ireland, one to the United States. Three went to Singapore, and one to Vietnam. In addition, a few people were hospitalized in Hong Kong, leading to an outbreak in the hospital there.

From that point, SARS spread to much of the world, although most cases remained in Asia. The virus was aggressive and lethal. Patients typically showed symptoms within two to three days. There were few reports of any infections without symptoms, as there are with COVID-19. The masks came out, temperature scanners were placed in all major public gathering places in China and other parts of Asia, quarantines were implemented, the virus infection peaked in late May of 2003 and then it disappeared. The strict quarantine measures paid off, and by July 2003, the WHO declared the threat over.

In all, there were just over 8,000 cases of SARS-CoV-1 and about 700 deaths. In the U.S. there were a total of just 29 confirmed cases and no deaths. The Hong Kong economy, with a large tourism component, was severely impacted by SARS in 2003, much as the U.S. tourism industry is currently one of the most heavily impacted parts of the economy due to SARS-CoV-2. 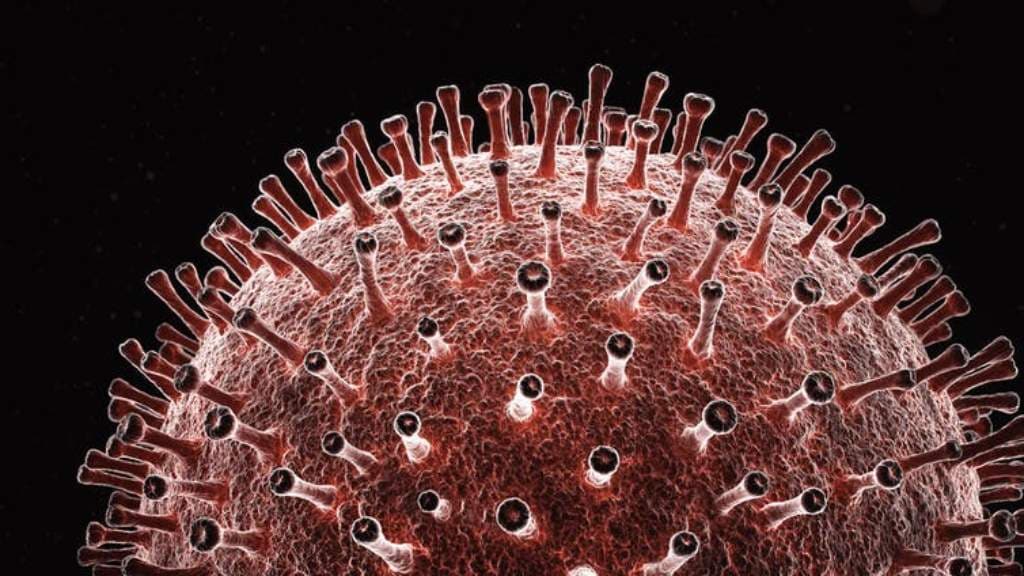 Coronaviruses are a large family of viruses, ranging from the common cold to more severe diseases, including the novel coronavirus and SARS. Image credit: Getty Images / xia yuan

SARS-CoV-1 and SARS-CoV-2 are closely related to viruses. Scientists believe that both viruses originated in bats. The RNA genomes of the viruses are about 80 percent identical. What does that mean?

Our own genomes are over 98 percent identical to those of chimpanzees, so 80 percent seems a lot less similar. For a virus though, especially one with an RNA genome, this is actually very closely related.

That’s because viruses can mutate very rapidly. They make a lot of mistakes when they copy their genomes, and they make thousands of copies in a few hours.

The two viruses have very similar proteins on their exterior and use the same proteins, or receptors, on our cell surfaces to enter the cell. These receptors are found in a lot of different cell types.

Most studies of SARS-CoV-1 focused on the lungs because that is where the most severe disease occurred, but both viruses can infect a lot of different organs. We won’t know how often other organs are infected with SARS-CoV-2 until there is time to do proper autopsies and fully understand the way the virus causes disease.

How are they different, and how is that impacting the course of the pandemic? SARS-CoV-1 was more aggressive and lethal than SARS-CoV-2. However, SARS-CoV-2 spreads faster, sometimes with hidden symptoms, allowing each infected person to infect several others. The current estimate is about three, but we scientists won’t know the real number until we can test a lot more people, and can understand the role of people without symptoms.

The most important difference is that contact tracing – or finding out who was exposed to someone infected with the virus – was relatively easy: Everyone had severe symptoms in two to three days. With SARS-CoV-2, it takes about two weeks for symptoms to appear, and many people don’t have any symptoms at all. Imagine asking someone whom they had contact with for the last two weeks! You can accurately remember most people you had contact with for the past two days, but two weeks? This critical tool for pandemic control is very challenging to implement. This means that the only safe thing to do is to maintain quarantine of everyone until the pandemic is under control.

What about a SARS vaccine? Vaccine studies for SARS-CoV-1 were started and tested in animal models. An inactivated whole virus was used in ferrets, nonhuman primates and mice. All of the vaccines resulted in protective immunity, but there were complications; the vaccines resulted in an immune disease in animals. No human studies were done, nor were the vaccine studies taken further because the virus disappeared. Many factors were involved in the end of SARS-CoV-1, perhaps including summer weather and certainly strict quarantine of all those who had contact with infected individuals, but we don’t really know why the epidemic ended. Viruses are like that, unpredictable!

Many of the vaccines being developed for SARS-CoV-2 are quite different, and many use only small portions of the virus, or the virus RNA. This may circumvent the problems with SARS-CoV-1 vaccines that used more of the virus. Vaccine development has a large experimental component; we just have to make educated guesses and try different things and see what works. Hence, many different avenues for vaccines are being tested by different labs around the world.

COVID-19 Fact Check: Does a mask protect me from the infection if I am the only person wearing one indoors?