Despite big chunk of his brain being removed, boy's recovery is dramatic

His brain recovered quickly, with other regions compensating for the lost functions

A young boy, referred to as 'UD' in a remarkable new report, grew up totally healthy and normal till the tender age of four, when he suffered his first seizure.

His parents soon learned that he had a form of epilepsy that was uncontrollable — a consequence of a slow-growing brain tumour. He was around seven years old when his doctors and parents made a hard call — to have the tumour removed, knowing fully-well that it was nearly one-third of the right hemisphere of his brain.

The two regions of his brain that the excised chunk covered were both considered indispensable for normal brain function. 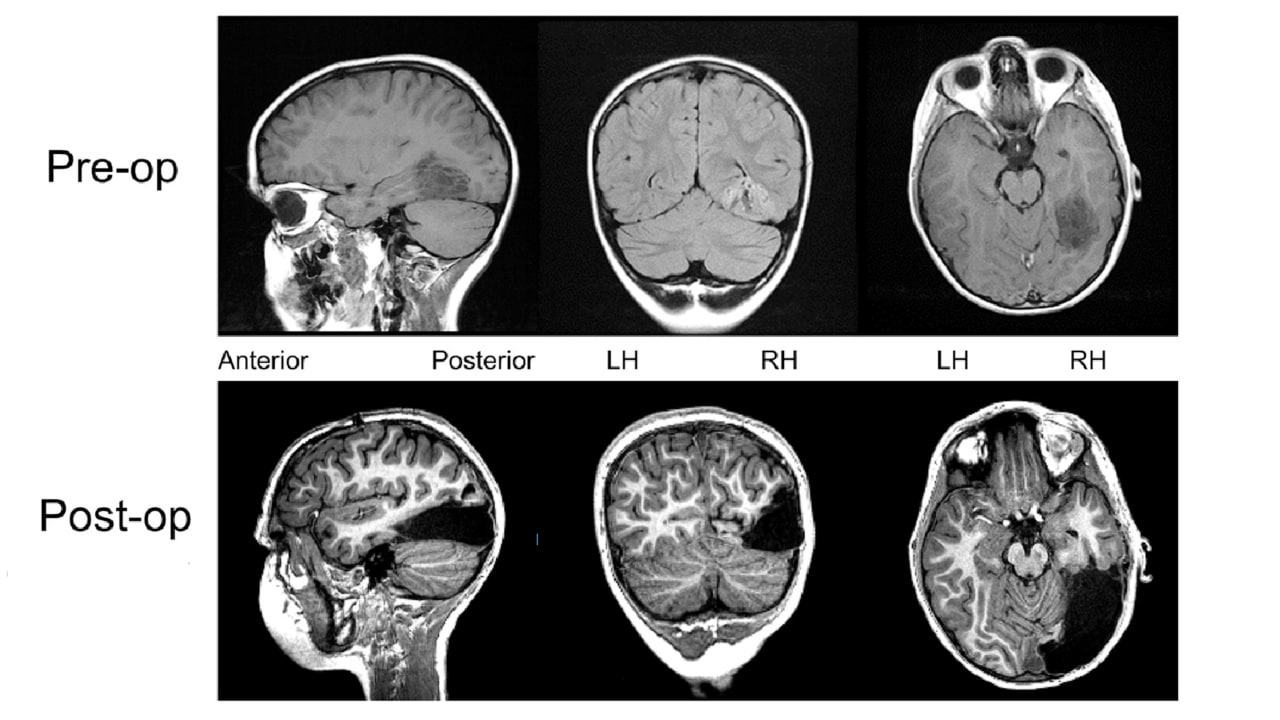 MRI scans of UD's brain before and after surgery. Modified from the publication in Cell Reports.

One was the occipital lobe, placed right at the back of the brain. It helps to process what we see, working in unison with its counterpart in the other hemisphere such that the left hemisphere process what the right eye sees, and vice versa. Along with processing visual information, the occipital lobe also helps commit these inputs to memory. An additional concern for UD's doctors was that each of the two lobes have their key strengths — the left processes text better, while the right prevails in identifying faces.

The second region to go was a chunk of his temporal lobe — a near neighbour to the occipital, and equally important. This region processes sound, linking it with other sensory information to comprehend it, and assimilating these different inputs as a composite, of sorts, in our memories.

When his doctors removed both these cancerous regions in his right brain, they foresaw one of two outcomes.

The first, in which his brain would not recover from the loss of these regions, leaving his visual and auditory senses severely impaired.

Or a second, optimistic and slightly reaching possibility, that his brain would heal itself with other regions compensating for its lost functions, leaving his brain as a unit to function as normally as it otherwise could.

Within days of his surgery, it became apparent that his doctors' gamble was ultimately a winning one, indicated by UD's early brain scans and cognitive tests.

Apart from a permanent blind spot in his left eye's vision that the doctors (not for lack of trying) could not correct, UD doesn't appear to be significantly impaired at all. To the contrary, his perception of sight and sound, which the experts were most wary of him losing, appeared to be as normal as that of other kids his age.

He even adjusted quickly to living with the partial blindness by compensating with wider right-eye movements.

The results found him being able to do it all — recognise faces, identify objects and silhouettes, read and understand text, distinguish sounds — just as well as he had before surgery. He even scored in the same IQ band as his pre-op self.

Despite missing a sizeable portion of his brain, UD appears to have normal perception and behaviour.

In their published report, his doctors themselves describe it as positively 'dramatic', attributing what they previously didn't believe possible to "the power of plasticity" of the human brain's complex network.

'Eyes on stars, feet on the ground': Hrithik's new poem has hit the town