A Soviet-era polio vaccine is gaining renewed attention from researchers as a possible weapon against the new coronavirus, based in part on research done by their mother, Dr Marina Voroshilova

Moscow: To the boys, it was just a sugary treat. To their parents — prominent medical researchers, what happened in their Moscow apartment that day in 1959 was a vital experiment with countless lives at stake — and their own children as guinea pigs.

“We formed a kind of line,” Dr Peter Chumakov, who was seven at the time, recalled in an interview. Into each waiting mouth, a parent popped a sugar cube laced with weakened poliovirus — an early vaccine against a dreaded disease. “I was eating it from the hands of my mother.”

Today, that same vaccine is gaining renewed attention from researchers — including those brothers, who all grew up to be virologists — as a possible weapon against the new coronavirus, based in part on research done by their mother, Dr Marina Voroshilova.

Voroshilova established that the live polio vaccine had an unexpected benefit that, it turns out, could be relevant to the current pandemic: People who got the vaccine did not become sick with other viral illnesses for a month or so afterward. She took to giving the boys polio vaccine each fall as protection against flu.

Now some scientists in several countries are taking a keen interest in the idea of repurposing existing vaccines, like the one with live poliovirus and another for tuberculosis, to see if they can provide at least temporary resistance to the coronavirus. Russians are among them, drawing on a long history of vaccine research — and of researchers, unconcerned about being scoffed at as mad scientists, experimenting on themselves.

Experts advise that the idea — like many other proposed ways of attacking the pandemic — must be approached with great caution.

“We are much better off with a vaccine that induces specific immunity,” Dr Paul Offit, a co-inventor of a vaccine against the rotavirus and professor at the Perelman School of Medicine at the University of Pennsylvania, said in a telephone interview. Any benefits from a repurposed vaccine, he said, are “much shorter-lived and incomplete” compared with a tailored vaccine.

Still, Dr Robert Gallo, a leading advocate of testing the polio vaccine against the coronavirus, said that repurposing vaccines is “one of the hottest areas of immunology.” Gallo, director of the Institute of Human Virology at the University of Maryland School of Medicine, said that even if the weakened poliovirus confers immunity for only a month or so, “it gets you over the hump, and it would save a lot of lives.” 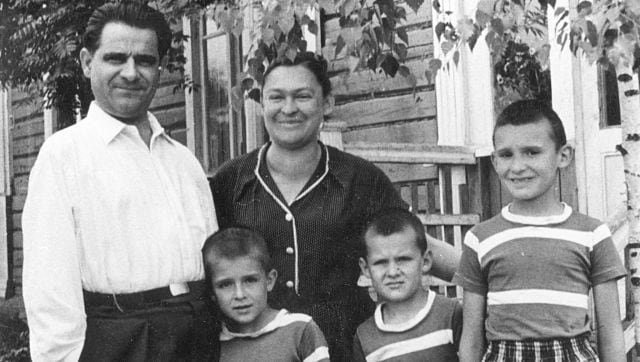 But there are risks.

Billions of people have taken live poliovirus vaccine, nearly eradicating the disease. However, in extremely rare cases, the weakened virus used in the vaccine can mutate into a more dangerous form, cause polio and infect other people. The risk of paralysis is estimated at one in 2.7 million vaccinations.

For those reasons, public health organisations say that once a region eliminates naturally occurring polio, it must stop routine use of the oral vaccine, as the United States did 20 years ago.

And this month, the National Institute of Allergy and Infectious Diseases delayed a study designed by Gallo’s institute, the Cleveland Clinic, the University of Buffalo and Roswell Park Comprehensive Cancer Center to test the effectiveness of live polio vaccine against the coronavirus using health care workers as subjects. The agency raised safety concerns, including the chance of live poliovirus making its way into water supplies and infecting others, according to researchers familiar with the study application. The press office of the NIAID declined to comment.

But other countries are moving ahead. Trials with the polio vaccine have begun in Russia and are planned in Iran and Guinea-Bissau.

A specific vaccine for the coronavirus would be one that trains the immune system to target that virus specifically, and more than 125 vaccine candidates are under development around the world.

Repurposed vaccines, in contrast, use live but weakened viruses or bacteria to stimulate the innate immune system more broadly to fight pathogens, at least temporarily.

The first polio vaccine, developed by Dr Jonas Salk, an American, used “inactivated” virus — particles of killed virus. It had to be injected, an obstacle to immunization campaigns in poorer countries.

When that vaccine was widely introduced in 1955, Dr. Albert Sabin was testing a vaccine using live but attenuated poliovirus, which could be taken orally. But in the United States, with the Salk vaccine already in use, authorities were reluctant to take the perceived risk of conducting live-virus trials.

Sabin gave his three strains of attenuated virus to a married pair of virologists in the Soviet Union, Dr Mikhail Chumakov, founder of a polio research institute that now bears his name, and Voroshilova.

Mikhail Chumakov vaccinated himself, but a medicine intended primarily for children needed child test subjects, so he and Voroshilova gave it to their three sons and several nieces and nephews.

Their experiment enabled him to persuade a senior Soviet official, Anastas Mikoyan, to proceed with wider trials, eventually leading to the mass production of an oral polio vaccine used around the world. The United States began oral polio vaccinations in 1961 after it was proved safe in the Soviet Union.

“Somebody has to be the first,” Peter Chumakov said in an interview. “I was never angry. I think it was very good to have such a father, who is confident enough that what he is doing is right and is sure he will not harm his children.”

His mother was, if anything, even more enthusiastic about running the tests on the boys, he said.

“She was absolutely sure there was nothing to be scared of,” he said.

Something Voroshilova noticed decades ago has renewed interest in the oral vaccine.

A typical healthy child is host to a dozen or so respiratory viruses that cause little or no illness. But Voroshilova could not find any of them in children soon after they were immunised against polio.

A huge study in the Soviet Union of 320,000 people, from 1968 to 1975, overseen by Voroshilova, found reduced mortality from flu in people immunised with other vaccines, including the oral polio vaccine.

She won recognition in the Soviet Union for demonstrating a link between vaccinations and broad protection against viral diseases, likely by stimulating the immune system.

Voroshilova’s and Chumakov’s work clearly influenced their sons’ minds as well as their health; not only did all of them become virologists, they embraced self-testing as well.

Peter Chumakov today is chief scientist at the Engelhardt Institute of Molecular Biology at the Russian Academy of Sciences and co-founder of a company in Cleveland that treats cancer with viruses. He has developed about 25 viruses for use against tumours — all of which, he said, he has tested on himself.

He is also now taking the polio vaccine, which he grows in his own laboratory, as possible protection against the coronavirus.

Dr Alexei Chumakov, who was not yet born when his parents experimented on his brothers, worked as a cancer researcher at Cedars-Sinai in Los Angeles for much of his career. While working in Moscow, he developed a vaccine against hepatitis E, which he tested first on himself.

“It’s an old tradition,” he said. “The engineer should stand under the bridge when the first heavy load goes over.”

Dr Konstantin Chumakov is an associate director of the US Food and Drug Administration’s Office of Vaccine Research and Review, which would be involved in approving any coronavirus vaccines for use in Americans. He is also a co-author, with Gallo and others, of a recent article in the journal Science that promotes research into repurposing existing vaccines.

In an interview, he said he cannot remember eating the sugar cube back in 1959 — he was five years old — but approved of his parents’ experiment as a step toward saving untold numbers of children from paralysis.

“It was the right thing to do,” he said. “Now there would be questions, like, ‘Did you get permission from the ethics committee?’.”