Dawn of the Nuclear Age: 74 years ago, the first atomic bomb was tested in a desert in New Mexico

Trinity test is estimated to cost $2 billion and was conducted in deep in the desert in New Mexico.

Seventy years ago today, the first atomic bomb — the Trinity test — was tested deep in a desert in New Mexico.

Twenty-one days after that, the first bomb atomic bomb was dropped on Hiroshima in Japan.

Three days after that, another bomb was dropped on another Japanese city, Nagasaki.

It was only after these two bombings that America informed the world, and their citizens, about the nuclear tests that took place in Mexico. 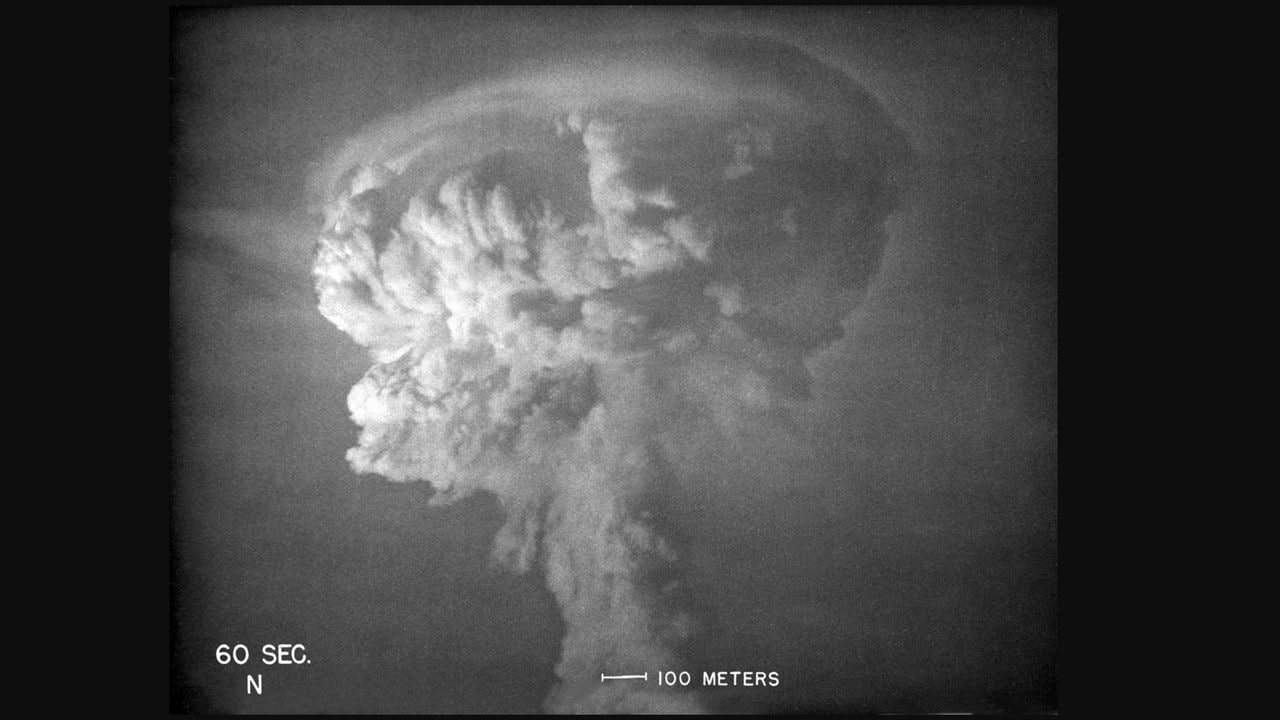 Those bombing brought an end to World War II and ushered in the nuclear age.

The Trinity atomic bomb blast was a test under the Manhattan project, which was the code name for USA’s efforts to develop an atomic weapon. This project was a reaction to the fear that German scientists were working on nuclear technology and Adolf Hitler was ready to deploy nuclear weapons. The head of the Los Alamos lab, J. Robert Oppenheimer is said to have named the test after a verse from John Dones' poem The Litany. He was introduced to the poet's work by his mistress, Jean Tatlock before she committed suicide in 1944.

The project was started by President Franklin Roosevelt in 1939 and named The Advisory Committee on Uranium, which was later changed to The Office of Scientific Research and Development (OSRD).

In 1942, Roosevelt ordered that the various researchers looking into nuclear studies combine their efforts towards the end goal of weaponizing nuclear energy. By the end of the project, more than 30 laboratories and approximately 130,000 people were somehow involved in the different parts of the nuclear research and development On 16 July 1945, the test weapon, nicknamed The Gadget, was supposed to detonate at 4.00 am, but due to thunderstorms, it had to be postponed. The scientists were worried that the weapon, which was a mish-mash of wires, screws and switches, not forgetting the explosive materials themselves, would be ripped apart by the severe weather. The test was supposed to be re-scheduled.

However, in the wee hours of the morning, at 5.30 am, a 40,000-foot high mushroom cloud was seen erupting in the sky and the Trinity test was complete. The bomb was placed on a 100-foot steel tower which completely disintegrated after the explosion. The US had detonated a plutonium-based bomb that generated a blast equivalent to the detonation of 15,000-20,000 tons of TNT, a commonly used explosive.

General Thomas Farrell, the deputy commander of the Manhattan Project, described the explosion as being "Golden, purple, violet, gray, and blue. It lighted every peak, crevasse, and ridge of the nearby mountain range with a clarity and beauty that cannot be described but must be seen to be imagined. It was that beauty the great poets dream about but describe most poorly and inadequately.”

The original budget for the project was $6,000 but all limits on funds were removed after American decided to join World War II in 1941. The estimated cost of the project is said to be $2 billion. There is a particular kind of glass that was formed due to the extreme heat that was generated by the explosion. It is called Trinitite or Alamogordo glass and remanents of the glass are still found on the site. But collecting it was made illegal by the United States Atomic Energy Commission in 1953.

Today, the site of the first atomic bomb explosion is owned by the Department of Defense and ground zero is marked by an obelisk made of black lava rock, with an attached commemorative sign.

Hiroshima Day: History, significance and all you need to know