Scientists have developed an 'astrocomb' — a tool that precisely measures frequencies (or colours) of light. The instrument can help widen the search for Earth-like planets, and perhaps extraterrestrial life.

The custom-made frequency comb developed by researchers from National Institute of Standards and Technology's (NIST) in the US provides the precision needed for discovering and characterising planets that orbit red dwarf stars. Red dwarfs comprise 70 percent of the stars in the galaxy and are plentiful near Earth.

"These improved tools should allow us to find habitable planets around the most ubiquitous stars in our galaxy," said Scott Diddams from NIST.

A star's nuclear furnace emits white light, which is modified by elements in the atmosphere that absorb certain narrow bands of colour. A spectrum of light from the astrocombs tested on the HARPS instrument in the La Silla Observatory, Chile. Image courtesy: Wikimedia Commons

To search for planets orbiting distant stars, astronomers look for periodic changes in this characteristic "fingerprint," that is, very small variations in the apparent colours of starlight over time.

These oscillations in colour are caused by the star being tugged to and fro by the gravitational pull of an unseen orbiting planet. This apparent wobble is subtle, and measurements are limited by the frequency standards used to calibrate spectrographs.

Hundreds of exoplanets have been discovered using star wobble analysis, but a planet with a mass similar to that of Earth and orbiting at just the right distance from a star — in the so-called "Goldilocks zone" — is hard to detect with conventional technology. 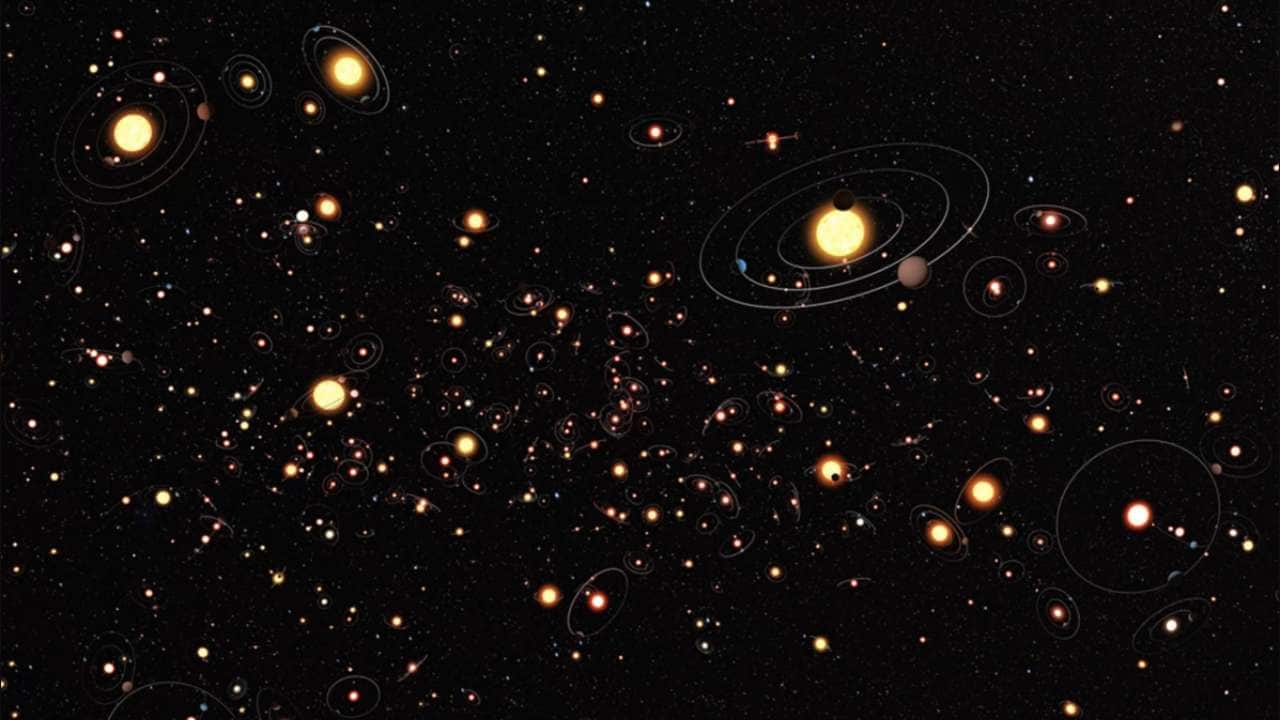 Data collected by the team show the astrocomb will make it possible to detect Earth-mass planets that cause colour shifts equivalent to a star wobble of about one metre per second — at least 10 times better than previously achieved in the infrared region of the electromagnetic spectrum.

While the idea of using frequency combs to aid planet discovery has generated a lot of interest around the world, NIST's astrocomb is the first in operation at near-infrared wavelengths, researchers said.

Other combs currently operating on a telescope, such as the High Accuracy Radial Velocity Planet Searcher (HARPS) in Chile, are dedicated to visible light measurements, they said.