The intended orbit for the proposed 'lunar gateway' to the Moon & deep space will be tested out by NASA.

Starting 2024, American space agency NASA aims to put humans back on the moon with the Artemis mission. A big milestone before then is a mega-project of its own: an orbiting space station around the moon called the Lunar Gateway.

NASA appears to be prepping for the upcoming mission already, with an announcement that it will partner with Advance Space, an aerospace company from Colorado, on a CubeSat mission in preparation for the lunar gateway. 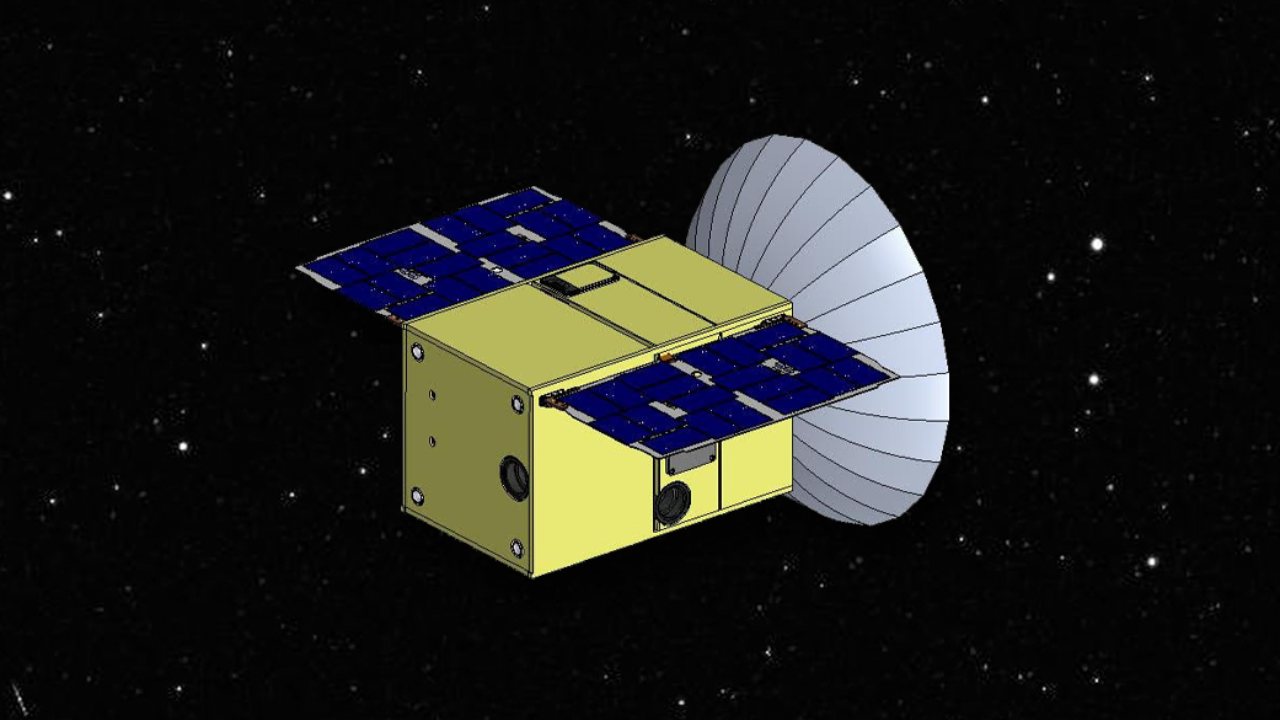 An illustration of the 12-unit CAPSTONE CubeSat mission. Image: NASA

The CubeSat mission, dubbed the 'Cislunar Autonomous Positioning System Technology Operations and Navigation Experiment (CAPSTONE)', is a 12-unit CubeSat mission that NASA may launch as early as December 2020, according to SpaceNews.

The tiny satellite will follow the same orbital path the future Gateway will take, orbiting the Moon as it orbits Earth, and coming as close as 1,600 kilometres from the Moon's surface. The CAPSTONE mission will demonstrate how to enter and manoeuvre in lunar orbit before the much larger spacecraft for Gateway are ready.

The planned elliptical orbit of the CAPSTONE satellite. Image: NASA

"This is an exciting opportunity for NASA to aggressively push forward towards the Moon in partnership with several American small businesses as a vanguard to Artemis," Jim Reuter from NASA's Space Technology Mission Directorate, said in a recent press release. "This mission is highly ambitious in both cost and schedule — and taking that deliberate risk is part of the objective of this mission." An artistic rendition of the twin Mars Cube One (MarCO) satellites flying over Mars. The MarCOs will be the first CubeSats, a kind of modular, mini-satellite, flown into deep space. They're designed to fly along behind NASA's InSight lander on its cruise to Mars.

CAPSTONE will be just the third CubeSat mission to operate outside Earth's orbit, after the Marco-A and Marco-B CubeSats that hitched a ride to Mars with the InSight mission last year.

"NASA has requested information from US industry on commercial launch options for the Capstone CubeSat," Skelly adds.

The main module of the Lunar Gateway is slated to launch as early as 2022. If the pathfinder CubeSats are successful, it could pave the way for humans to visit lunar orbit, and possibly the moon's surface as commercial crewmembers.

Paul Allen's rocket launching plane, the Stratolaunch rolls out of the hangar for first time

Nasa is working on next generation of structural solid state batteries