Hubble has been placed in space to observe the most distant stars and galaxies, as well as planets in our solar system.

The US space agency has released a new bright picture of a “firestorm of starbirth” to mark the 30th anniversary of the Hubble Space Telescope. Scientists have called the picture ‘Cosmic Reef’, as it resembles a “coral reef floating in a vast sea of stars”.

The phenomenon took place in a neighbouring galaxy, where a giant red nebula (called NGC 2014) and a smaller blue one (called NGC 2020) are part of a star-forming region. 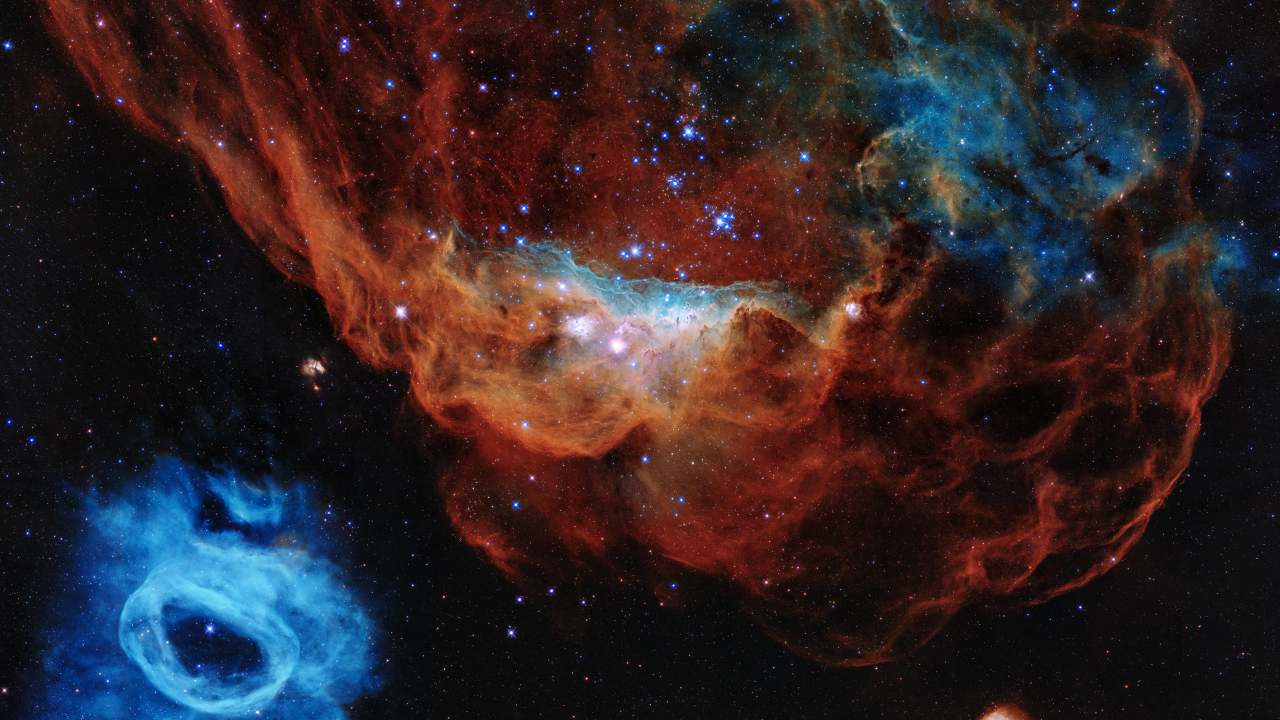 A colorful image resembling a cosmic version of an undersea world teeming with stars is being released to commemorate the Hubble Space Telescope's 30 years of viewing the wonders of space. Image credit: NASA, ESA and STScI

The Hubble Space Telescope is the first major optical telescope to have been deployed in April 1990. It was named after American astronomer Edwin P Hubble, who confirmed that our universe was constantly expanding.

Hubble has been placed in space to observe the most distant stars and galaxies, as well as planets in our solar system. Through its years of service, Hubble has sent “stunning insights about the universe, from nearby planets to the farthest galaxies” says Thomas Zurbuchen, associate administrator for science at NASA Headquarters in Washington, DC.

“It was revolutionary to launch such a large telescope 30 years ago, and this astronomy powerhouse is still delivering revolutionary science today,” Zurbuchen added.

Hubble has successfully completed five servicing missions, the last in May 2009. With a length of 13.2 metres and weight of about 10,886 kg at the time of launch, the telescope is accurate enough to detect a target without deviating more than 7/1000th of an arcsecond at a distance of 1 mile. It sends back 150 gigabits of raw data every week.

Hubble was launched following international cooperation in between NASA and the ESA (European Space Agency).