Cosmic 'ghost particle' found to have originated from a huge, spinning black hole

If researchers at the IceCube are right, we might know the first and only confirmed source of cosmic rays — 'blazars'.

One of NASA's stations in the South Pole, the IceCube Neutrino Observatory, detected an unusual signal that struck Antarctic ice on 22 September 2017. It was found to be carrying 300 trillion electron volts of energy, over 45 times more than can be achieved by Earth's most powerful particle accelerator!

NASA's scientists were in agreement soon after its discovery that the signal was from somewhere beyond our solar system. The IceCube Observatory identified the nature of this signal as neutrinos at the time, but only recently found where the 'ghost particle' jet originated from — a massive, spinning black hole going by 'TXS 0506'.

NASA's Fermi Gamma-ray Space Telescope was tasked with finding the origin of the signal, which scientists confirmed as not just foreign to our solar system, but to our galaxy. The neutrino jet is said to have traveled at least 3.7 billion years at near-light speed before being detected on Earth last year — which is farther than any previously known signal of this nature.

Scientists have associated neutrino signals with intensities like this one with some of the most massive and energy-intense events in the cosmos — galaxy mergers, material falling into very large black holes and more events of similar magnitudes. Not only do these particles travel at speeds close to that of light's, they rarely interact with matter they encounter in space, freeing them to travel unimaginable distances — billions of light-years — without losing much energy along the way. 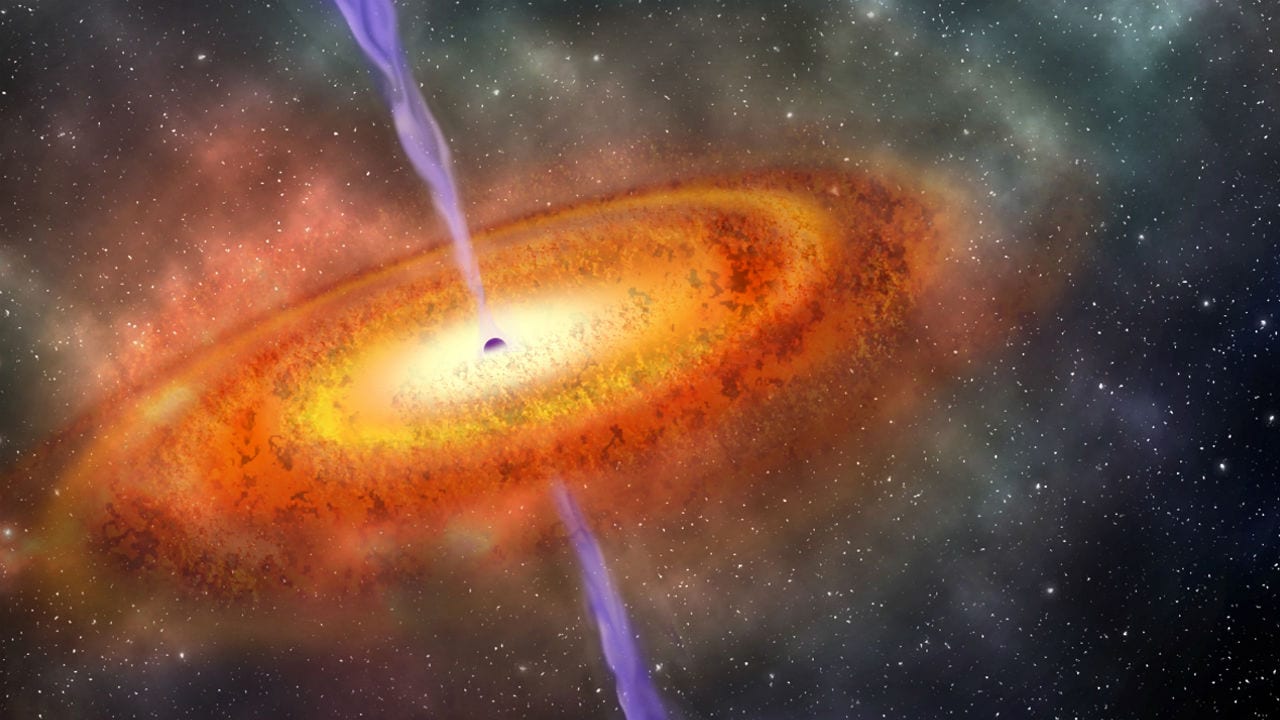 The Fermi's Large Area Telescope identified a strong increase in gamma-ray emissions from a widely-known active galaxy around the exact time that the neutrino signal was detected. These active galaxies are in a category of systems called 'blazars', which are massive black holes with masses that could range millions to billions times that of our sun's. They blast jets of particles in its polar directions at near-light speeds, and appear particularly bright and active through a telescope pointed at it from Earth, which is thought to have been exactly the case of this neutrino jet.

Fermi scientist Yasuyuki Tanaka at Hiroshima University in Japan associated the neutrino event with a blazar known as TXS 0506+056 (called TXS 0506 in short), which was observed to have been more active than in a decade at the time corresponding to the signal's arrival.

“The most extreme cosmic explosions produce gravitational waves, and the most extreme cosmic accelerators produce high-energy neutrinos and cosmic rays,” said Regina Caputo, analysis coordinator for the Fermi Telescope Collaboration, according to NASA. “Through Fermi, gamma rays are providing a bridge to each of these new cosmic signals.”

“Again, Fermi has helped make another giant leap in a growing field we call multimessenger astronomy,” said Paul Hertz, Director of Astrophysics at NASA to press at their Washington headquarters. “Neutrinos and gravitational waves deliver new kinds of information about the most extreme environments in the universe. But to best understand what they’re telling us, we need to connect them to the ‘messenger’ astronomers know best — light.”

The discovery is the subject of two papers published on 11 July in Science.