Indian medical device makers, racing to churn out ventilators as domestic COVID-19 cases spike, have been beset by supply bottlenecks, cost overruns and labour shortages that are delaying their efforts to produce an affordable device.

Bengaluru: Indian medical device makers, racing to churn out ventilators as domestic COVID-19 cases spike, have been beset by supply bottlenecks, cost overruns and labour shortages that are delaying their efforts to produce an affordable device.

Ventilators help patients breathe and are seen as critical given severe COVID-19 can lead to pneumonia and lung damage. Experts warn India may run out of devices as it has fewer than 50,000 and may need 20 times that in a peak infection scenario.

Companies, including Bengaluru-based Dynamatic, startup Nocca Robotics and New Delhi’s AgVa Healthcare, are rushing to fill the expected supply gap with stripped-down ventilators, priced between $33 and $7,000. 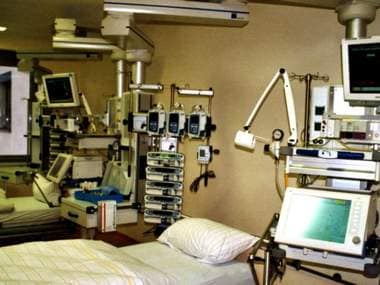 But with many countries boosting output and India forced into lockdown, components and labour are in short supply, leading to production delays of up to two weeks.

“We require components that are extremely hard to procure,” said Amitabha Bandyopadhyay, a professor at the Indian Institute of Technology, Kanpur, who is collaborating with Nocca.

Nocca has been set back by two weeks and now aims to make 30,000 ventilators by mid-May, as it struggles to import high-capacity pumps and flow sensors that help regulate air in ventilators, Bandyopadhyay added.

“These materials are so rare now in the international market that there has been a 50 to 75 percent increase in prices in the last one month,” he said. This has doubled the estimated price of Nocca’s devices to 150,000 rupees ($1,950).

Nocca is in talks with several large manufacturers to start production once its prototypes clear tests by early May.

Most Indian medical device executives said they were making ventilators for domestic use. Bandyopadhyay said exports would depend on government curbs and economic viability.

India has ordered its 1.3 billion people indoors until 3 May so its modest public health system does not collapse under the weight of infections that are nearing 19,000. Over 600 people have died due to the coronavirus in the country.

Most of those numbers are from this month.

“If 10 percent of our population is infected and only one percent of them need ventilators, even then we are way behind,” said Subhrojyoti Bhowmick, clinical director, academics and research department, at Peerless Hospital in the eastern city of Kolkata.

Before the pandemic, hospitals invested less in ventilators as they are expensive and the devices were available mainly in some hospitals in bigger Indian cities, Bhowmick added.

But companies are now pushing to make affordable devices.

Dynamatic Technologies is making a $33 ventilator that does not need electricity to function, while AgVa is aiming to make 10,000 ventilators by mid-May, priced under $2,000.

But it is facing labour shortages and higher costs as it sources controllers and microprocessors from Germany, the United States and China, AgVa co-founder Diwakar Vaish said.

“The overall costs have ... doubled, maybe even tripled,” prompting AgVa to rope in five or six suppliers for some components from just two or three earlier, Vaish said.

To speed up production, India’s government is helping with sourcing components and easing bottlenecks. State-run HLL Lifecare Ltd has floated a tender to procure 20,000 ventilators.

India’s drugs regulator has also allowed firms to make ventilators without a manufacturing licence, according to an email from the agency’s chief seen by Reuters.

Defence Research and Development Organisation (DRDO), a government agency, is collaborating with Skanray, a medical device player based in the southern city of Mysuru.

DRDO is making on a “war footing” components such as sensors that are typically imported to aid ventilator production, Skanray Managing Director Vishwaprasad Alva said.

But for manufacturers, “the lockdown is a serious disabler”, Dynamatic CEO Udayant Malhoutra said. “The challenge is huge, because the whole ecosystem of suppliers is shut down.”

Supply issues are causing a delay of 3-4 days in the 30-day manufacturing cycle, he said. “In a 10-month development cycle, that means you are off by a month.”

The Ventilator Project documents a thrilling 90-day startup journey, holds a mirror to our administrative flaws

Coronavirus Outbreak: 34-year-old who was attacked on suspicion of being a COVID-19 patient, dies in Thane