Coronavirus might've been transmitted from snakes to humans, claims a new study

People infected were exposed to wildlife animals at market, where seafood, poultry, snake, bats, other animals were sold.

The novel Chinese coronavirus, which has so far claimed the lives of 17 people and infected nearly 550, likely resided in snakes before being transmitted to humans, according to a new study that may help design better defensive strategies against future outbreaks of the deadly pathogen.

According to the researchers, including Wei Ji from Peking University Health Science Centre in China, patients who became infected with the coronavirus — named 2019-nCoV by the World Health Organization (WHO) — were exposed to wildlife animals at a wholesale market, where seafood, poultry, snake, bats, and farm animals were sold.

The study, published in the Journal of Medical Virology, offers insights on the origins of the most recent outbreak of pneumonia caused by the virus, which started in the middle of December 2019 in the city of Wuhan in China, and has now spread to Hong Kong, Singapore, Thailand, and Japan. 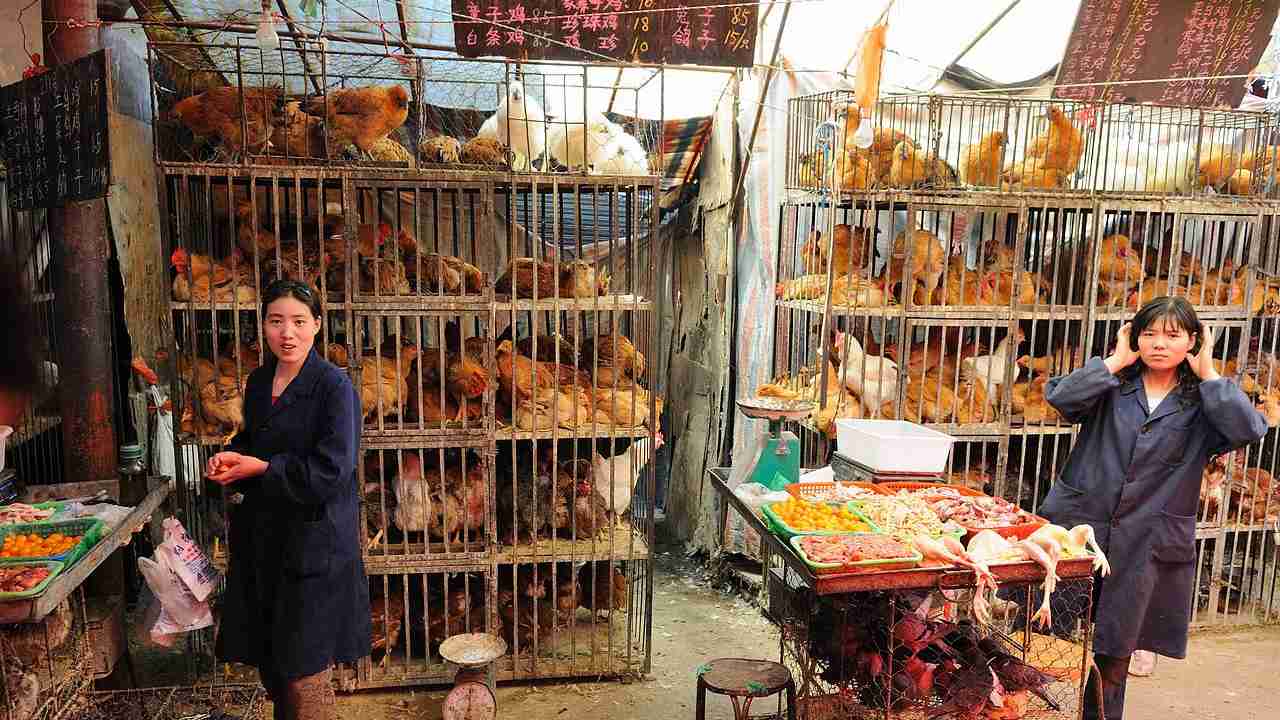 A new study has found that the virus came from snakes and was then transmitted to human beings in the Wuhan market. Image credit: Wikipedia

Conducting a detailed genetic analysis of the 2019-nCoV, and comparing it with those of different coronaviruses from various geographic locations and host species, the study found that the new virus formed from a combination of CoV found in bats, and another of unknown origin.

"It is critical to determine the animal reservoir of the 2019-nCoV in order to understand the molecular mechanism of its cross-species spread," the scientists reported in the study.

The new virus, the scientists said, developed a mix, or "recombination", of a viral protein which recognises and binds to host cells.

According to the study, this recognition is key to allowing viruses to enter host cells, and cause infection and disease.

On further analysis, the researchers found evidence that the 2019-nCoV may have resided in snakes before being transmitted to humans.

"Additionally, our findings suggest that snake is the most probable wildlife animal reservoir for the 2019-nCoV," the researchers said.

They said recombination within the viral receptor-binding protein may have allowed for cross-species transmission from snake to humans.

"Results derived from our evolutionary analysis suggest for the first time that snake is the most probable wildlife animal reservoir for the 2019-nCoV," the scientists wrote in the study.

"New information obtained from our evolutionary analysis is highly significant for effective control of the outbreak caused by the 2019-nCoV-induced pneumonia," they said.

The new virus is similar to the one which caused the 2003 outbreak of Severe Acute Respiratory Syndrome (SARS) in 2003, infecting 8422 people, and killing more than 900.

However, the current study noted that unlike the SARS-CoV, the 2019-nCoV causes a mild form of viral pneumonia, and has limited capability for person-person spread.

WHO turns to public for monkeypox name change, launches website for consultation

Just how strong is China’s military compared to Taiwan?