Unlike corals that undergo bleaching, halos are formed when corals are healthy and thriving.

Corals are an important part of marine ecosystems, forming large reefs over millions of years by turning calcium carbonate in the environment into tough outer skeletons. They are highly co-dependent with the animals and plants that live in and around them, particularly algae. One phenomenon related to corals has fascinated and confused scientists: how 'halos' form around them with no sign of distress.

When healthy, corals can be very colourful, and hubs for a range of marine life. They source their nutrients from algae called Symbiodinium, which live in the body of the coral. Corals, in turn, provide a safe reef over their head. Reefs are also home to many different kinds of fish and marine creatures. With reefs bleaching and dying off due to slowly warming oceans, many of the life forms they support are also dying losing their homes.

For long, scientists suspected that "halos" were formed when corals were in some form of distress. Two new studies shed light on what really causes these mysterious coral reef-halos, and it's far from what researchers expected. 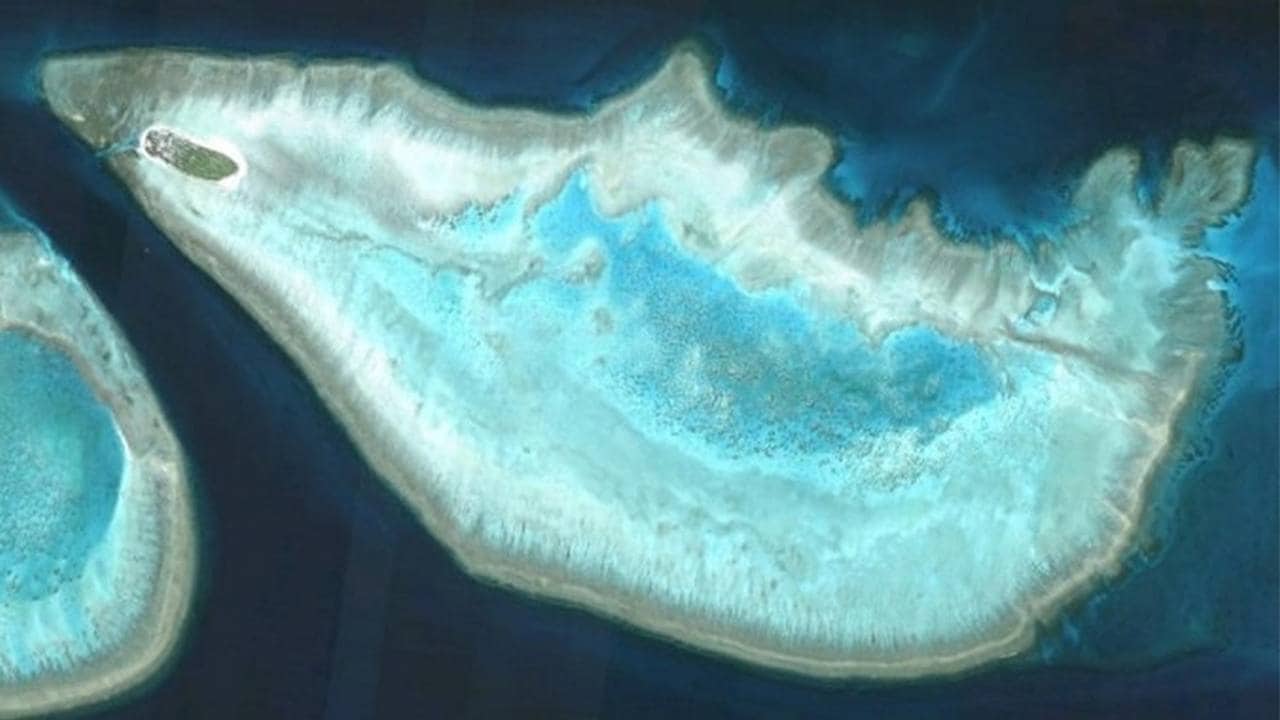 When corals grow, the areas around them in the sea are cleared of algae and seagrass by fish and invertebrates. Over the course or months or years, the vegetation is wiped clean, and the once-blue-green stretches of algae and seagrass replaced with a perimeter of sand around the corals. These "halos" or bright circles of sand that are free of vegetation are also visible from satellites high up in Earth's orbit.

Unlike coral bleaching, when the algae on the corals themselves are lost, halos are formed when corals are healthy and thriving. In two new studies, researchers observed corals and the activity of animals around them.

One group discovered larger stretched of halos around thriving corals, and conclude that halos can be used as a barometer for the health of reefs. Learning methods of decoding and quantify halos from satellite images could go a long way in helping scientists monitor reefs remotely, which are otherwise hard to monitor.

Marine biologists were of the impression that areas without fishing would have larger coral reef halos since plant-eating fish wouldn't be scared to leave their homes. But, according to a study published in Proceedings of The Royal Society B, the halos in reserves and outside them showed no significant size difference.

In another study published in Frontiers, researchers found that there were multiple reasons halos form. Invertebrate animals like jellyfish, sea anemones, molluscs and lobsters hide in the sand at the bottom of the ocean as their prey appear. This action disturbs the algae by uprooting them – another reason halos grow bigger and more apparent.

With global warming, increasing water temperatures and industrial runoffs poisoning the water and the reefs need all the help they can get.

"We urgently need more cost- and time-efficient ways of monitoring such reefs. Our work couples freely-available satellite imagery, with traditional field-based experiments and observations, to start to unravel the mystery of what the globally-widespread patterns of ‘halos’ around coral reefs can tell us about how reef ecosystems may be changing over space and/or time due to fisheries or marine reserves," Madin, lead author of the first study, said in a statement.

Apart from broadening our knowledge about threatened marine life, these studies could pave the way for novel, technology-based solution to monitoring coral reefs, the health of reef ecosystems and fisheries around the world.