Uranus has 27 moons, most of which have icy surfaces and like like Earth’s, may have been formed by a collision with a massive object.

A recent study has revealed the reason behind the unique axis of the planet Uranus. Astronomers who carried out the research have said that Uranus might have been hit by an icy Earth-sized object.

Published in the journal Nature Astronomy, the study says that Uranus is tilted by over 90 degrees relative to the solar system’s plane, making its axis unique compared to other planets. 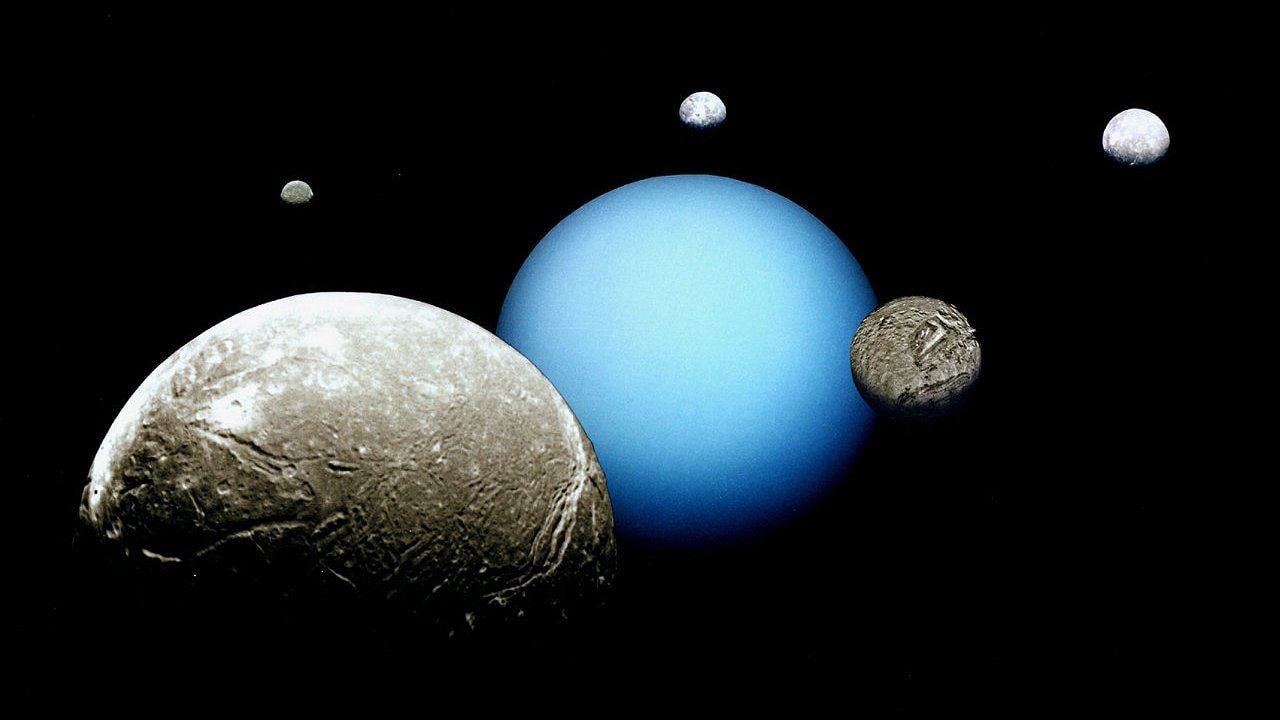 Uranus and its five major moons are depicted in this montage of images acquired by the Voyager 2 spacecraft. Image credit: Wikipedia

The research was conducted by a team of Japanese astronomers. They, through a computer model, attempted to recreate what could have possibly happened.

The model was based on the system of moons orbiting the planet. Uranus has 27 moons, most of which have icy surfaces. The astronomers believe that its moons, like Earth’s, may have been formed by a collision with a massive object.

The researchers believe that the object which collided with the planet in its early years could be covered in ice. Taking the amount of debris produced by the collision into consideration, the astronomers say that the icy impactor might have been about one to three times the mass of Earth.

According to the study, the collision of Uranus, third-largest planet in the solar system, could have had significant effects on the cosmic body.

The researchers say that their computer model could also be used investigate the formation of other icy bodies in the solar system.