They discuss the rover's features, their plans to colonise Mars and potatoes grown from poop. “They (NASA) let me test drive the prototype of their new Mars rover,” Colbert says.

“Before they send it to Mars, they want to see if it can withstand New York’s inhospitable atmosphere of urine-based humidity,” he jokes.

The pair discusses the many features of the rover – which looks more like a Bat-mobile than any of NASA’s rovers present stationed on Mars.

DeGrasse points out that the rover’s top speed, close to 3 mph, is still an ambitious target for actual mobile rovers studying the Red Planet. 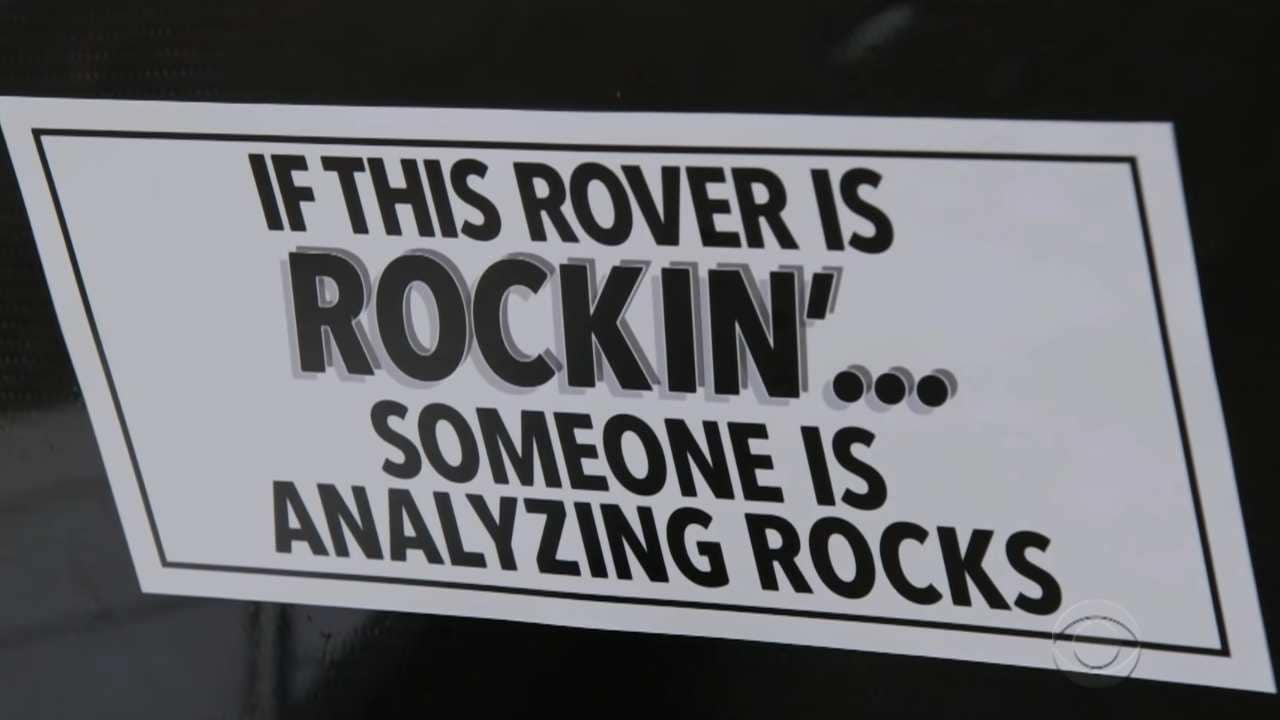 A sign on the rover. Image courtesy: Screengrab from YouTube/Late Night with Stephen Colbert

They also discussed the challenges of interstellar space travel, the best chances of our survival over generations on such a journey. All this while driving the Mars-mobile on Manhattan streets and shopping for 'supplies' a hypothetical might need.

Among the duo’s banter are plans to colonise Mars, potatoes grown from poop, how having a rover like the Mars-mobile might affect one's dating life and the nuances of travelling to and on Mars.