Climate change isn't the only thing affecting Everest – bodies, trash and poop are too

A 14-member team has been tasked with tidying up Everest, the world's highest dumping ground.

A dedicated clean-up team sent to Mount Everest has collected three tonnes of garbage in its first two weeks, officials said Wednesday, in an ambitious plan to clean the world's highest rubbish dump.

Decades of commercial mountaineering have left the pristine mountain polluted as an increasing number of big-spending climbers pay little attention to the ugly footprint they leave behind.

As this year's spring climbing season kicked off last month, the Nepal government sent a 14-member team with a target to bring back 10,000 kilograms (10 tonnes) of trash from Everest within a month and a half.

The team has collected and bundled the three tonnes of rubbish, including empty cans, bottles, plastic and discarded climbing gear from the base camp and surrounding areas bustling with climbers preparing and acclimatising to summit Everest.

An army helicopter transported a third of the collected trash to Kathmandu for recycling. The remaining biodegradable trash was taken to the neighbouring Okhaldhunga district for proper disposal.

Eight members are now cleaning Camp 2 at 6,400 metres and teams of three will take turns to go up to Camp 4 at 7,950 metres, where they will spend 15 days litter-picking on the snowy slopes.

"The clean-up campaign will be continued in the coming seasons as well to make the world's tallest mountain clean. It is our responsibility to keep our mountains clean," Ghimire said. 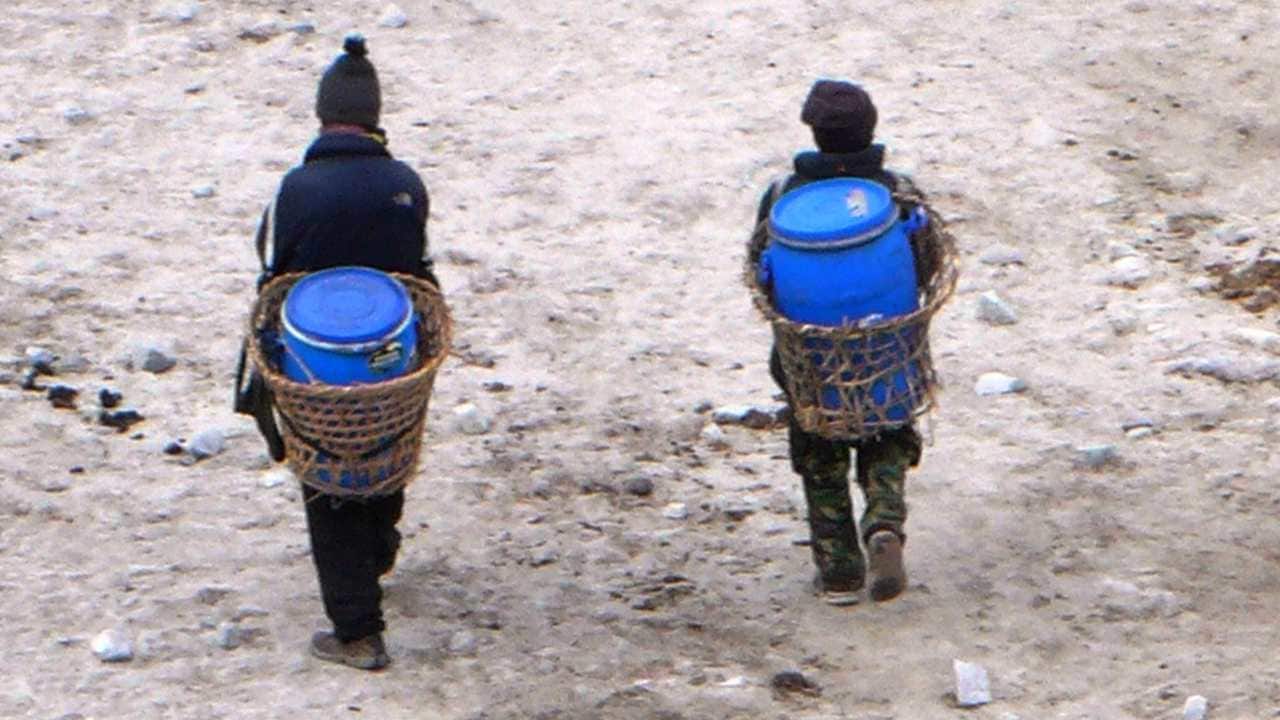 Governments on both sides of the mountain have been battling the human waste and trash left by an increasing number of climbers.

Six years ago, Nepal implemented a $4,000 rubbish deposit per team that would be refunded if each climber brought down at least eight kilos (18 pounds) of waste, but only half of the climbers return with their trash.

In February, China banned non-climbers from accessing its Everest base camp in Tibet in an attempt to clean up its side of the mountain.

Over 4,000 people have climbed Everest so far, and last year saw a record 807 climbers reach the summit.

Melting glaciers caused by global warming are exposing trash and even bodies that have accumulated on the mountain since Edmund Hillary and Tenzing Norgay made the first successful summit 66 years ago.