Climate change is here and it’s hitting us hard from all sides: Study

Wildfires in the United States now consume more than twice the acreage they did 30 years ago.

On June 23, 1988, a sultry day in Washington, James Hansen told Congress and the world that global warming wasn’t approaching it had already arrived. The testimony of the top NASA scientist, said Rice University historian Douglas Brinkley, was “the opening salvo of the age of climate change.” 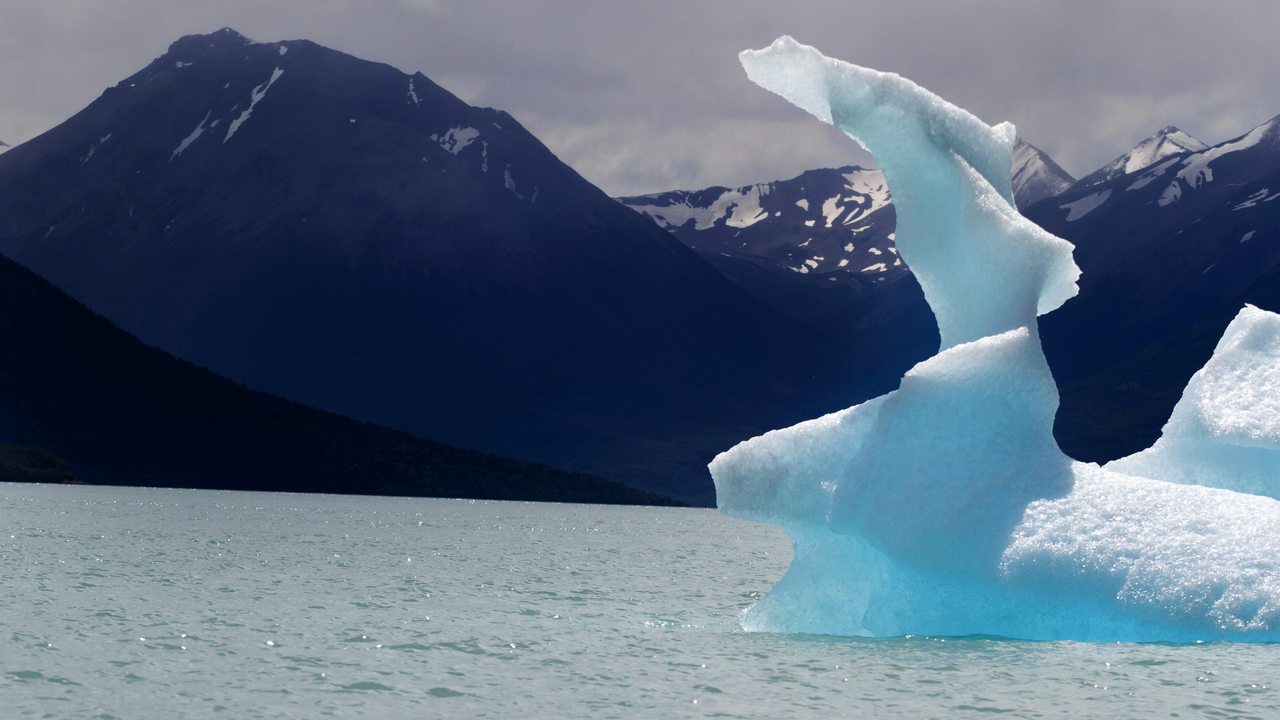 A block of ice from the Perito Moreno Glacier melts in Lago Argentina outside Calafate, Argentina, 2011. Image: Reuters

Thirty years later, it’s clear that Hansen and other doomsayers were right. But the change has been so sweeping that it is easy to lose sight of effects large and small some obvious, others less conspicuous.

Earth is noticeably hotter, the weather stormier and more extreme. Polar regions have lost billions of tons of ice; sea levels have been raised by trillions of gallons of water. Far more wildfires rage.

Over 30 years, the time period climate scientists often use in their studies in order to minimise natural weather variations, the world’s annual temperature has warmed nearly 1 degree (0.54 degrees Celsius), according to the National Oceanic and Atmospheric Administration. And the temperature in the United States has gone up even more by nearly 1.6 degrees.

“The biggest change over the last 30 years, which is most of my life, is that we’re no longer thinking just about the future,” said Kathie Dello, a climate scientist at Oregon State University in Corvallis. “Climate change is here, it’s now and it’s hitting us hard from all sides.”

Warming hasn’t been just global, it’s been all too local. According to an Associated Press statistical analysis of 30 years of weather, ice, fire, ocean, biological and other data, every single one of the 344 climate divisions in the Lower 48 states NOAA groupings of counties with similar weather has warmed significantly, as has each of 188 cities examined.

The effects have been felt in cities from Atlantic City, New Jersey, where the yearly average temperature rose 2.9 degrees in the past 30 years, to Yakima, Washington, where the thermometer jumped a tad more. In the middle, Des Moines, Iowa, warmed by 3.3 degrees since 1988.

South-central Colorado, the climate division just outside Salida, has warmed 2.3 degrees on average since 1988, among the warmest divisions in the contiguous United States.

When she was a little girl 30 years ago, winery marketing chief Jessica Shook used to ski across the country from her Salida doorstep in winter. It was that cold and there was that much snow. Now, she has to drive about 50 miles for snow that’s not on mountain tops, she said.

“T-shirt weather in January, that never used to happen when I was a child,” Shook said. When Buel Mattix bought his heating and cooling system company 15 years ago in Salida, he had maybe four air conditioning jobs a year. Now he’s got a waiting list of 10 to 15 air conditioning jobs long and may not get to all of them.

And then there’s the effect on wildfires. Veteran Salida firefighter Mike Sugaski used to think a fire of 10,000 acres was big. Now he fights fires 10 times as large.

“You kind of keep saying ‘How can they get much worse?’ But they do,” said Sugaski, who was riding his mountain bike on what usually are ski trails in January this year.

In fact, wildfires in the United States now consume more than twice the acreage they did 30 years ago.

The statistics tracking climate change since 1988 are almost numbing. North America and Europe have warmed 1.89 degrees more than any other continent. The Northern Hemisphere has warmed more than the Southern, the land faster than the ocean. Across the United States, temperature increases were most evident at night and in summer and fall. Heat rose at a higher rate in the North than the South.

Since 1988, daily heat records have been broken more than 2.3 million times at weather stations across the nation, half a million times more than cold records were broken.

Doreen Pollack fled Chicago cold for Phoenix more than two decades ago, but in the past 30 years, nighttime summer heat has increased almost 3.3 degrees there. She said when the power goes out, it gets unbearable, adding- “Be careful what you ask for.”

The AP interviewed more than 50 scientists who confirmed the depth and spread of warming.

Clara Deser, climate analysis chief at the National Center for Atmospheric Research, said that when dealing with 30-year time periods in smaller regions than continents or the globe as a whole, it would be unwise to say all the warming is man-made. Her studies show that in some places in North American local though not most natural weather variability could account for as much as half of warming.

But when you look at the globe as a whole, especially since 1970, nearly all the warming is man-made, said Zeke Hausfather of the independent science group Berkeley Earth. Without extra carbon dioxide and other greenhouse gases, he said, the Earth would be slightly cooling from a weakening sun. Numerous scientific studies and government reports calculate that greenhouse gases in the big picture account for more than 90 percent of post-industrial Earth’s warming.

“It would take centuries to a millennium to accomplish that kind of change with natural causes. This, in that context, is a dizzying pace,” said Kim Cobb, a climate scientist at Georgia Tech in Atlanta.

Others cautioned that what might seem to be small increases in temperature should not be taken lightly. 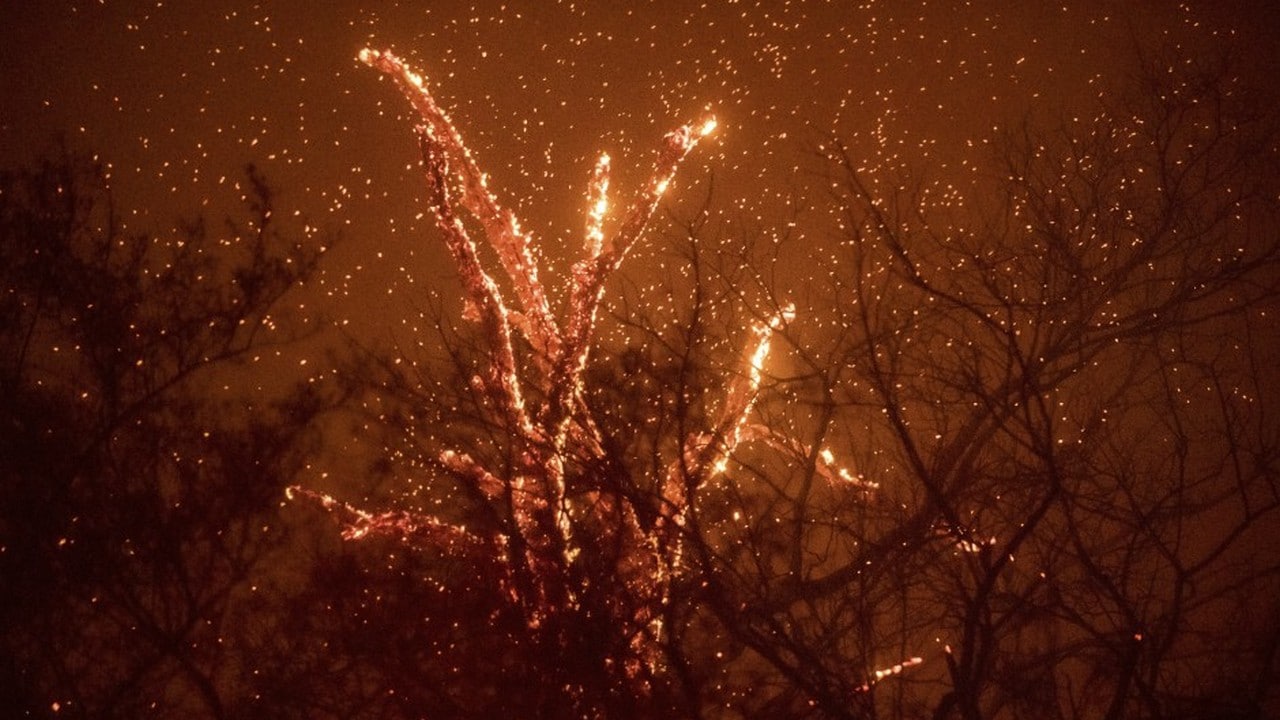 “One or two degrees may not sound like much, but raising your thermostat by just that amount will make a noticeable effect on your comfort,” said Deke Arndt, NOAA’s climate monitoring chief in Asheville, North Carolina, which has warmed nearly 1.8 degrees in 30 years.

The nation’s extreme weather flood-inducing downpours, extended droughts, heat waves and bitter cold and snow has doubled in 30 years, according to a federal index.

The Northeast’s extreme rainfall has more than doubled. Brockton, Massachusetts, had only one day with at least four inches of rain from 1957 to 1988, but a dozen of them in the 30 years since, according to NOAA records. Ellicott City, Maryland, just had its second thousand-year flood in little less than two years.

And the summer’s named Atlantic storms? On average, the first one now forms nearly a month earlier than it did in 1988, according to University of Miami hurricane researcher Brian McNoldy.

The 14 costliest hurricanes in American history, adjusted for inflation, have hit since 1988, reflecting both growing coastal development and a span that included the most intense Atlantic storms on record.

“The collective damage done by Atlantic hurricanes in 2017 was well more than half of the entire budget of our Department of Defense,” said MIT’s Kerry Emanuel.

Climate scientists point to the Arctic as the place where climate change is most noticeable with dramatic sea ice loss, a melting Greenland ice sheet, receding glaciers and thawing permafrost. The Arctic has warmed twice as fast as the rest of the world.

“The temperature change is noticeable. Our ground is thawing,” said Mike Aamodt, 73, the city’s former acting mayor. He had to move his own cabins at least four times because of coastal erosion and thawing ground due to global warming. “We live the climate change.”

The amount of Arctic sea ice in September, when it shrinks the most, fell by nearly one third since 1988. It is disappearing 50 years faster than scientists predicted, said Michael Mann, a climate scientist at Pennsylvania State University.

“There is a new Arctic now because the Arctic ocean is now navigable” at times in the summer, said Mark Serreze, director of the National Snow and Ice Data Center.

The vast majority of glaciers around the world have shrunk. A NASA satellite that measures shifts in gravity calculated that Earth’s glaciers lost 279 billion tons of ice nearly 67 trillion gallons of water from 2002 to 2017. In 1986, the Begich Boggs visitor centre at Alaska’s Chugach National Forest opened to highlight the Portage glacier. But the glacier keeps shrinking.

“You absolutely cannot see it from the visitor centre and you haven’t in the last 15 or so years,” said climatologist Brian Brettschneider of the University of Alaska Fairbanks.

Ice sheets in Greenland and West Antarctica have also have shrivelled, melting about 455 billion tons of ice into water, according to the NASA satellite. That’s enough water to cover the state of Georgia in water nearly 9 feet deep.

And it is enough coupled with all the other melting ice to raise the level of the seas. Overall, NASA satellites have shown three inches of sea level rise (75 millimetres) in just the past 25 years.

With more than 70 percent of the Earth is covered by oceans, a 3-inch increase means about 6,500 cubic miles (27,150 cubic km) of extra water. That’s enough to cover the entire United States with water about 9 feet deep.

It’s a fitting metaphor for climate change, say scientists- We’re in deep, and getting deeper.

“Thirty years ago, we may have seen this coming as a train in the distance,” NOAA’s Arndt said. “The train is in our living room now.”