Urban agriculture has an additional benefit of fighting contributions from cities to climate change.

In a world faced with the conundrum of mountains of waste and obesity for some and dire shortages and malnutrition for others the future of food is a main dish on today's global menu.

A key ingredient is the trend in ever more imaginative forms towards urban agriculture, a multi-faceted recipe already being pored over by some 800 million people globally, according to the UN's Food and Agriculture Organization.

The trend takes many forms — from collective market gardens in even the most run-down of urban districts to connected vertical farms using indoor farming techniques to meet spiralling food demand in areas largely bereft of arable land.

The FAO wants to see the trend prosper and become durably and sustainably embedded within public policy.

Yves Christol, of French cooperative In Vivo, has identified six models of the genre.

They include a key European variant, electronically managed without recourse to pesticide — or even soil or sunshine.

"That has allowed Iceland to become a major producer of green beans," says Christol, thanks to geothermal heating.

Asian countries are also in on the act, not least Singapore, with the high density population city state bent on ensuring high-tech food autonomy. 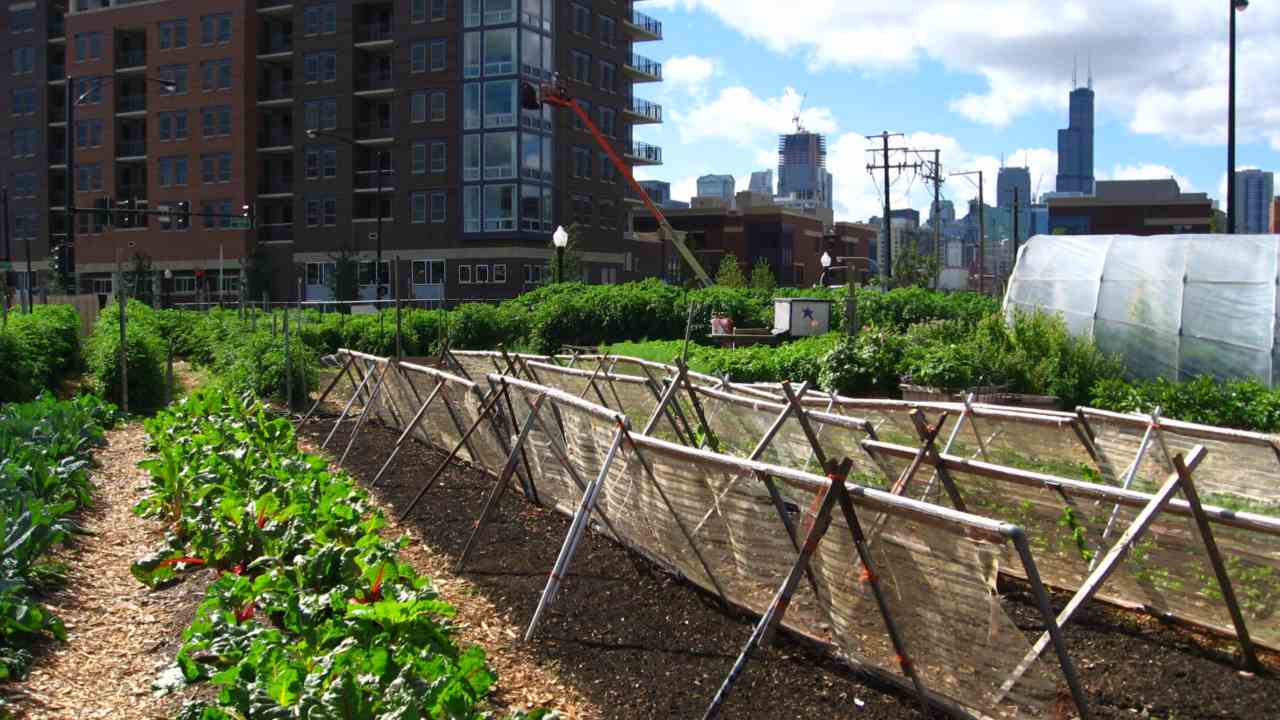 Japan and China have sought to give new life to sites which once hosted electronics factories even if the strategy appears costly.

China has launched some urban farms even in areas where the soil has been polluted by heavy metals and would be too costly to clean up.

The US model, as cities including New York and Chicago seek to become sustainably hunger-proof, includes hydroponic gardens — effectively eschewing soil and using mineral nutrients in a water solvent, although profitability can prove elusive.

But scale is an issue and the concept will not be viable "so long as the price of the vegetables is not increased fourfold," to cover energy costs, says Christol.

Strawberry containers for ever

The cost of transporting food is something which particularly exercises entrepreneurs such as Guillaume Fourdinier, a founder of French start-up Agricool in Paris and Dubai.

His firm produces strawberries year round in shipping containers fitted out with LED lighting. Urban agriculture's raison d'etre, he says, comprises fighting against "the ecological disaster of transport".

"Today, with our containers, we are 120 times more productive per square metre than on open ground," says Fourdinier.

"We produce in decentralised fashion and closer to customers," he adds of strawberries sold marginally cheaper than their organic equivalent.

Paris has meanwhile come up with its own urban agriculture model, dubbed "Pariculteur," a series of town hall-mandated projects designed to cover as much of the capital as possible with greenery via a rise in urban farming.

An initial 10 hectares (25 acres) for the project is set to grow to 30 hectares by next year.

Urban ecologist Swen Deral, who oversaw a pan-European urban agriculture project last year, says if the concept is to be financially viable in cities it has to go "beyond production".

"Either they recycle, or else they create services linked to urban agriculture, educational activities, restaurants and the like," he explains.

Researchers point to urban agriculture's additional benefit of fighting against the effects of climate change as its proponents seek to reinvent urban existence.

Francois Mancebo, researcher at France's Reims University, summed up the challenge in an article published by peer-review open access publisher MDPI and entitled "city gardening: managing durability and adapting to climate change thanks to urban agriculture."

Mancebo says the concept must become an integral part of urban planning with local politicians underlining the need for active participation of city dwellers.