Jupiter and Saturn will get closer to each other in the Earth's night sky than they have in nearly 800 years around Christmas this year. As per a statement by Rice University, just after sunset on the evening of 21 December, Jupiter and Saturn will appear closer together in the night sky giving people around the world a celestial treat to ring in the winter solstice. Rice University astronomer Patrick Hartigan stated that the alignments between the two planets is extremely rare, occurring once in every two decades. But the upcoming conjunction is made rarer by how close the two planets as expected to be to each other.

According to him, one would have to go back to a pre-dawn time of 4 March 1226 to see a closer alignment between the two celestial bodies.

The statement adds that between 16 and 25 December, Jupiter and Saturn will be separated by less than the diameter of a full moon. 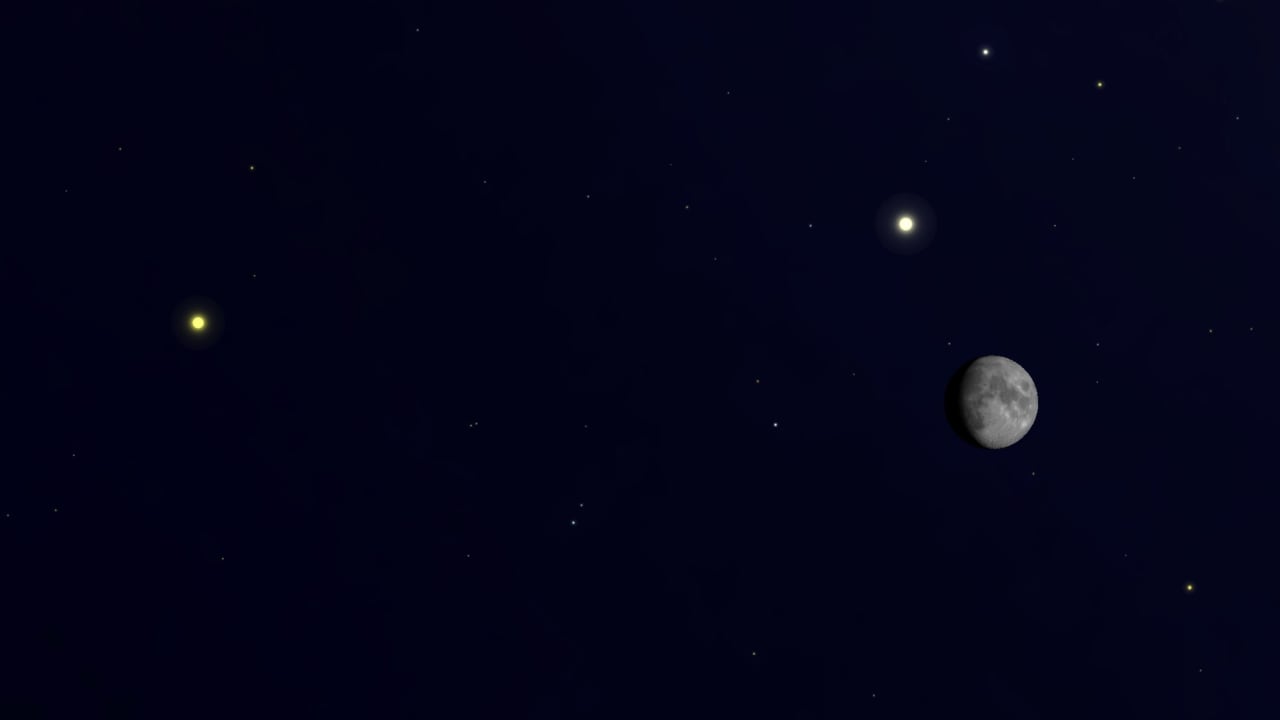 Jupiter and Saturn are due to join the moon in a rare celestial event in the fourth week of December. Image Credit: CDN

According to Hartigan, on the evening of this closest approach on 21 December, they will look like a double planet, separated by only 1/5th the diameter of the full moon. He added that for most telescope viewers, each planet and several of their largest moons will be visible in the same field of view on that evening.

The statement from Rice University also adds that the best viewing conditions will be near the equator and the further north a view is, the less time they will have to catch a glimpse of the rare occurrence, before the planets sink below the horizon.

The phenomenon will likely happen once again until 15 March 2080 and then won't make an appearance until sometime after 2400.