Friday’s spacewalk is in line with the U.S. space agency’s aim to ramp up inclusivity in space.

U.S. astronauts Christina Koch and Jessica Meir made history on Friday when they stepped outside the International Space Station (ISS) on the first all-female spacewalk.

The much-anticipated milestone for NASA was achieved during a relatively routine mission to swap faulty batteries on the station's exterior. Watch the first all-female spacewalk from the International Space Station here. 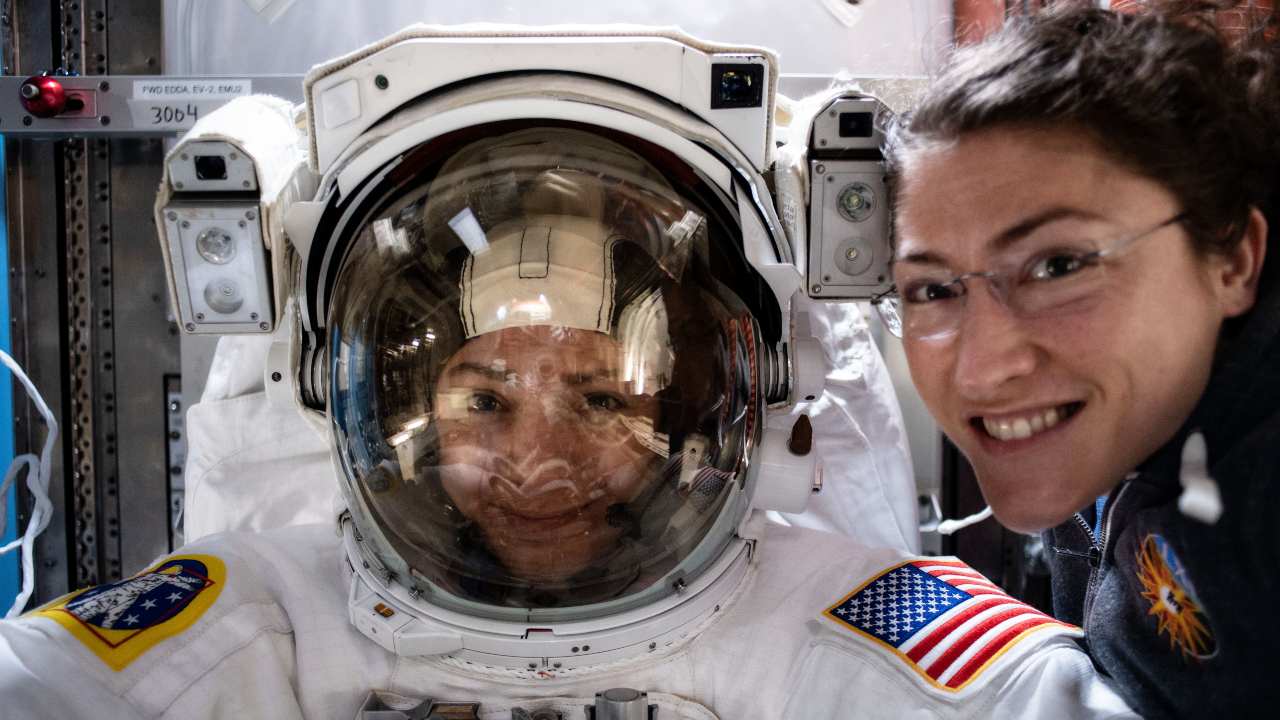 Koch and Meir, clad in white spacesuits and tethered by cords to the station some 254 miles (408 km) above Earth, stepped into outer space at 7:38 a.m. Eastern time (1138 GMT) to replace a faulty power unit designed to help condition energy stored from the station’s solar panels, NASA announced online as it showed live video of the action.

The mission, expected to last nearly five hours, follows a first attempt at an all-female spacewalk in March. It was called off because one of the astronaut’s medium-sized spacesuits was not configured and ready for the journey.

Astronauts on the space station, which became operational in 2000, have tallied 221 maintenance spacewalks, 43 of which included women astronauts, according to NASA.

Friday’s spacewalk, formally called extravehicular activities, is in line with the U.S. space agency’s aim to ramp up inclusivity in space.

Koch is scheduled set to complete the longest single space flight by a woman by remaining in orbit aboard the station until February 2020. She said gender milestones such as the spacewalk are significant.

“There are a lot of people who derive motivation from inspiring stories from people who look like them, and I think that it’s an important aspect of the story to tell,” she said at a NASA briefing in Houston this month.

Sandra Magnus, a former NASA astronaut who spent 136 days on the International Space Station, told Reuters she did not want events like Friday’s spacewalk to become gimmicks.

“We want them to happen because people have the skill sets and they’re available to do the job,” said Magnus.

“On the other hand, it’s important for young women to see women role models doing extraordinary things,” she said. “So there’s two sides of the coin. You want it to be normal but yet you want it to be special.”