If successful,Tianwen-1 will be signified as a major technical breakthrough in interplanetary mission technology.

After the United Arab Emirates recently launched its Hope Mars Mission, China has followed them by launching a mission of its own to the Red Planet. The mission, going by the name 'Tianwen-1', is poised to be the first-ever mission to Mars with an orbiter, lander, and a rover.

While the Chinese National Space Agency (CNSA) has not been too secretive about the mission, it hasn't been forthcoming with information either.

On 13 July 2020, the mission's team of scientists published a research article in the science journal Nature Astronomy on what the mission entails. 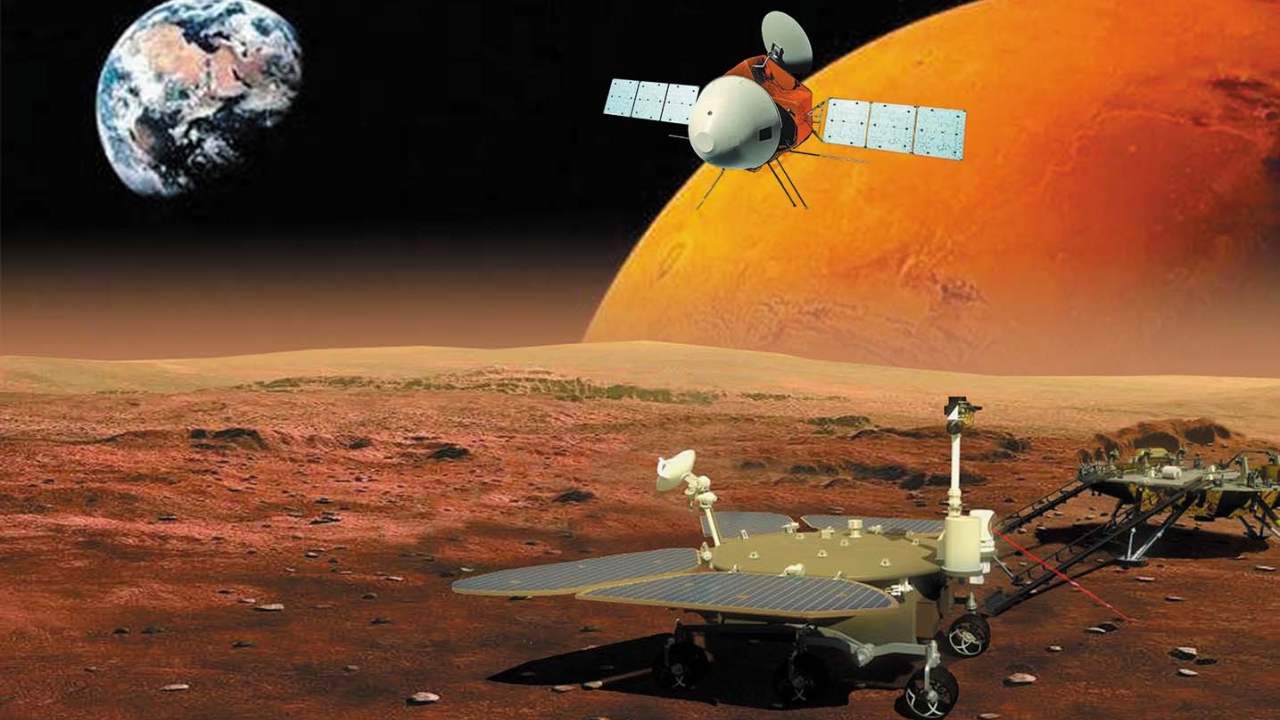 What we know about Tianwen-1

The Chinese Mars mission was formerly known as 'Huoxing-1' or 'HX-1' in its developmental stages. It promptly changed to 'Tianwen-1', which means 'Heavenly Questions' or 'Questions to Heaven', a name with its roots in a Chinese poem by the 'greatest' ancient Chinese poet Qu Yuan. In the poem, questions were raised about stars and other celestial bodies. The name is fitting considering Tianwen-1 will be the first interplanetary space exploration mission from China. The name is supposed to signify China's 'perseverance in pursuing truth and science and exploring nature and the universe's' CNSA told CGTN.

The CNSA said all of China’s planetary exploration missions in the future would be named “Tianwen” to signify the country’s scientific pursuits in space. The name was revealed on 24 April 2020, to coincide with China’s annual Space Day and the 50th anniversary of the launch of its first satellite.

China sends its first mission to Mars. Tianwen-1 was launched from Wenchang towards the red planet on a voyage that will last until next year. #Mars pic.twitter.com/9PmlzHCoEe

The Tianwen-1 spacecraft was launched today, 23 July, at 10.12 am IST from the Wenchang Satellite Launch Center on Hainan Island in southern China. Chinese news agencies Xinhua News, China Daily and CGTN tweeted confirmations on the successful launch of the Chinese Mars mission. Yet, no official confirmation was released by the space agency itself.

About 36 minutes after the launch, the spacecraft was sent into the Earth-Mars transfer orbit, CGTN reported the China National Space Administration stating.

The Tianwen-1 mission consists of an orbiter, a rover and lander, which are now at the start of a seven-month-long journey to Mars.

The spacecraft is expected to reach Mars around February 2021, which is around the same time NASA's Perseverance Mars rover (planned launch on 30 July) and the UAE's Hope orbiter (launched earlier this month) will also arrive at Mars. However, according to Space.com, the rover/lander module will not be deployed immediately as it will remain attached to the orbiter for two to three months before attempting its landing. During that time, it will survey potential landing sites using its high-resolution camera and prepare for a landing in May.

The spacecraft's first science observations will begin in April 2021. According to Scientific American, the mission is designed to study how water-ice is distributed on Mars, as well as the planets' evolution and habitability over time.

According to the study published on the mission, "Tianwen-1 is going to orbit, land and release a rover all on the very first try, and coordinate observations with an orbiter. No planetary missions have ever been implemented in this way."

If the mission succeeds in this objective, Tianwen-1 will be signified as a major technical breakthrough in interplanetary mission technology.

The lander and rover will perform a soft landing on Utopia Planitia. Utopia Planitia a huge basin in the largest crater (Utopia) on Mars – the same region in which NASA's Viking 2 lander had touched down in 1976. China isolated a portion of this vast plain for its landing area, which runs from the Isidis Planitia plains to a big volcano called Elysium Mons.

The solar-powered rover, which weighs around 240 kg, is expected to be in operation for about 90 Martian days or sols i.e. 92 1/2 earth days (around 13 weeks). As per a Nature report on the Tianwen-1 mission, the orbiter will act as a relay communication link between the rover and the mission's control team on Earth. The rover has six instruments fitted to it – the Multispectral Camera, Terrain Camera, Mars-Rover Subsurface Exploration Radar, Mars Surface Composition Detector, Mars Magnetic Field Detector and Mars Meteorology Monitor.

The orbiter will carry out its own observations over one Martian year – approximately two years on Earth. The orbiter will be placed in a polar elliptical orbit roughly 265 km × 12,000 km (nearest x farthest) in altitude. The orbiter is carrying seven instruments onboard - two cameras, the Mars-Orbiting Subsurface Exploration Radar, Mars Mineralogy Spectrometer, Mars Magnetometer, Mars Ion and Neutral Particle Analyzer and Mars Energetic Particle Analyzer. The long March 5 rocket launching with the Tianwen-1 spacecraft onboard. Image credit: Twitter

The main science objectives of the Tianwen-1 mission are:

There are a total of 13 science instruments onboard the spacecraft.

The spacecraft was launched using China's largest carrier rocket – Long March-5B – is about 53.7 metres long and has a liftoff mass of about 849 tonnes.

The rocket was rolled onto the launch pad on Friday, 17 July. This Tianwen-1 mission is the first time that the Long March-5 rocket has been use to launch a payload. It has flown on three experimental test flights before successfully launching the Chinese Mars mission.

China's past attempts to reach Mars

Along with Tianwen-1 and UAE's Hope Probe, NASA's Perseverance Mars rover is also slated to accompany them on their journey. NASA has delayed their launch and is expected to launch on 30 July.

The Rosalind Franklin rover, a joint effort by the European Space Agency (ESA) and the Russian Space Agency (Roscosmos), has been postponed to 2022 after the ongoing Coronavirus pandemic affected operations.