Launched in 2016, Micius has already produced a number of breakthroughs under its operating team led by Pan Jian-Wei, China’s “Father of Quantum”.

In the middle of the night, invisible to anyone but special telescopes in two Chinese observatories, satellite Micius sends particles of light to Earth to establish the world’s most secure communication link. Named after the ancient Chinese philosopher also known as Mozi, Micius is the world’s first quantum communications satellite and has, for several years, been at the forefront of quantum encryption. Scientists have now reported using this technology to reach a major milestone: long-range secure communication you could trust even without trusting the satellite it runs through.

Launched in 2016, Micius has already produced a number of breakthroughs under its operating team led by Pan Jian-Wei, China’s “Father of Quantum”. The satellite serves as the source of pairs of entangled photons, twinned light particles whose properties remain intertwined no matter how far apart they are. If you manipulate one of the photons, the other will be similarly affected at the very same moment. Micius is the world’s first quantum communications satellite and has been at the forefront of quantum encryption. Image credit: Andrey VP/Shutterstock

It is this property that lies in the heart of the most secure forms of quantum cryptography, the entanglement-based quantum key distribution. If you use one of the entangled particles to create a key for encoding messages, only the person with the other particle can decode them.

Micius has previously produced entangled photons and delivered them to two ground stations (observatories) 1,200km apart via special telescopes. Scientists showed the photons reach Earth as entangled as they were in orbit.

Then, in 2017, the Micius team used entangled photos to encrypt transmissions enabling a virtual meeting between the Austrian and Chinese science academies in Vienna and Beijing respectively – 7,400km apart. This involved designing the machinery for distributing the keys and a mechanism for preventing malicious attacks, such as blinding the telescopes with other light signals.

None of the communication went through Micius. It only produced and distributed the encryption keys. But both ground stations had to talk to and trust Micius as part of their communication systems and use it as a relay before establishing a link with each other.

A new paper from Pan Jia-Wei’s lab published in Nature shows that Micius has again successfully brought entanglement-based quantum cryptography to its original ground stations 1,200 km apart. But this time the satellite sent simultaneous streams of entangled photons to the ground stations to establish a direct link between the two of them.

This gave them robust, unbreakable cryptographic protection without the need to trust the satellite. Until now, this had never been done via satellite or at such great distances.

Again, none of the communication went through Micius. The satellite provided entangled photons as a convenient resource for the quantum cryptography and the two ground stations then used them according to their agreed protocol. The new paper doesn’t specify how the messages were transmitted in this instance, but in theory, it could be done by optical fibre, another communications satellite, radio, or any other method they agree upon. 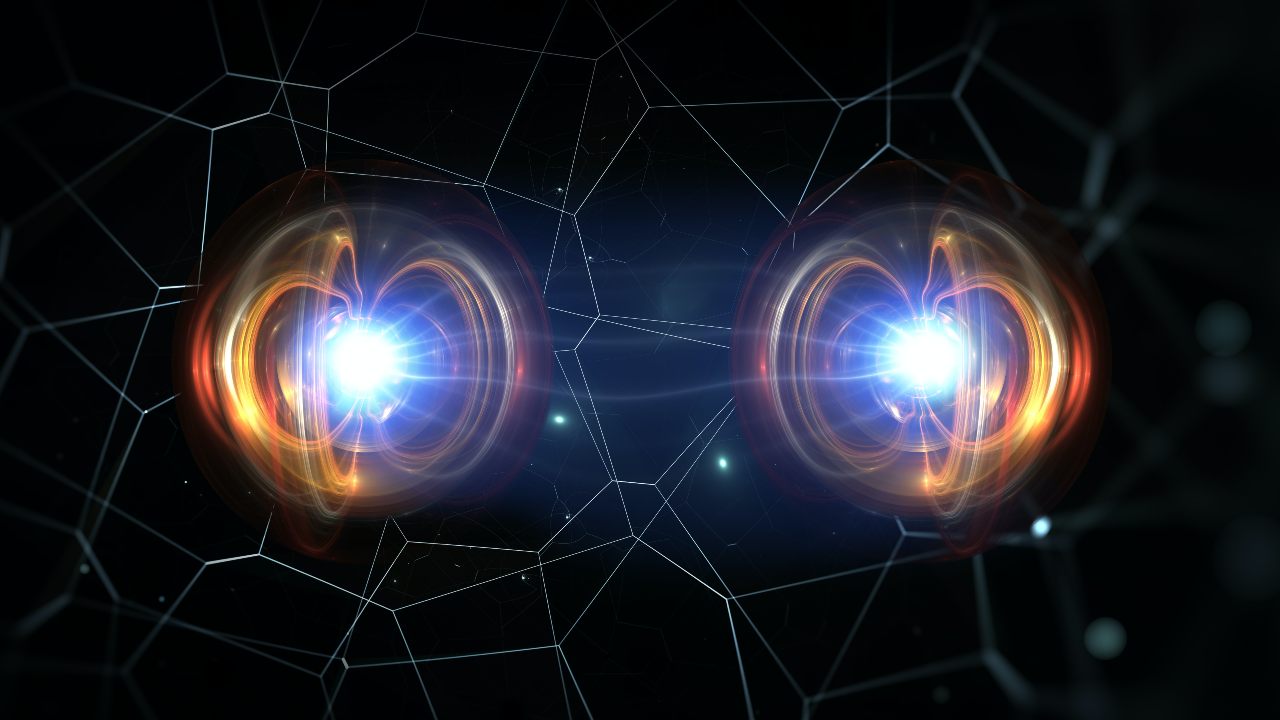 Secure long-distance links such as this one will be the foundation of the quantum internet, the future global network with added security powered by laws of quantum mechanics, unmatched by classical cryptographic methods.

The launch of Micius and the records set by the scientists and engineers building quantum communication systems with its help have been compared to the effect Sputnik had on the space race in the 20th century. In a similar way, the quantum race has political and military implications that are hard to ignore.

Pan Jian-Wei credited Edward Snowden’s 2013 disclosures of internet surveillance by western governments with prompting China to boost quantum cryptography research in order to create more secure means of communication. As a result, Micius has been dubbed Sputnik for the ultra-paranoid.

Any country could theoretically trust Micius to provide entangled photons to secure its communications. But the satellite is a strategic resource that other countries are likely to want to replicate, just as Europe, Russia and China now have their own versions of the US-controlled GPS. However, the news of a successful long-distance quantum communications link is a sign that we are already living in a new era of communication security.