Long March-5 is China's most powerful rocket and a critical ingredient in its ambitious space program.

China on Friday launched its heaviest and most advanced communications satellite on the country's largest new carrier rocket Long March-5 that will lay the foundation for the development of highly sensitive space probes. Aboard the third Long March-5 rocket, Shijian-20, a new technology test and verification satellite, successfully entered its orbit Friday night, state-run Xinhua news agency reported. Launched from the Wenchang Space Launch Centre in south China's Hainan Province, Shijian-20, weighing more than eight tonnes, is the country's heaviest and most advanced communications satellite in geosynchronous orbit, according to its maker, the China Academy of Space Technology (CAST) under the China Aerospace Science and Technology Corporation (CASC). 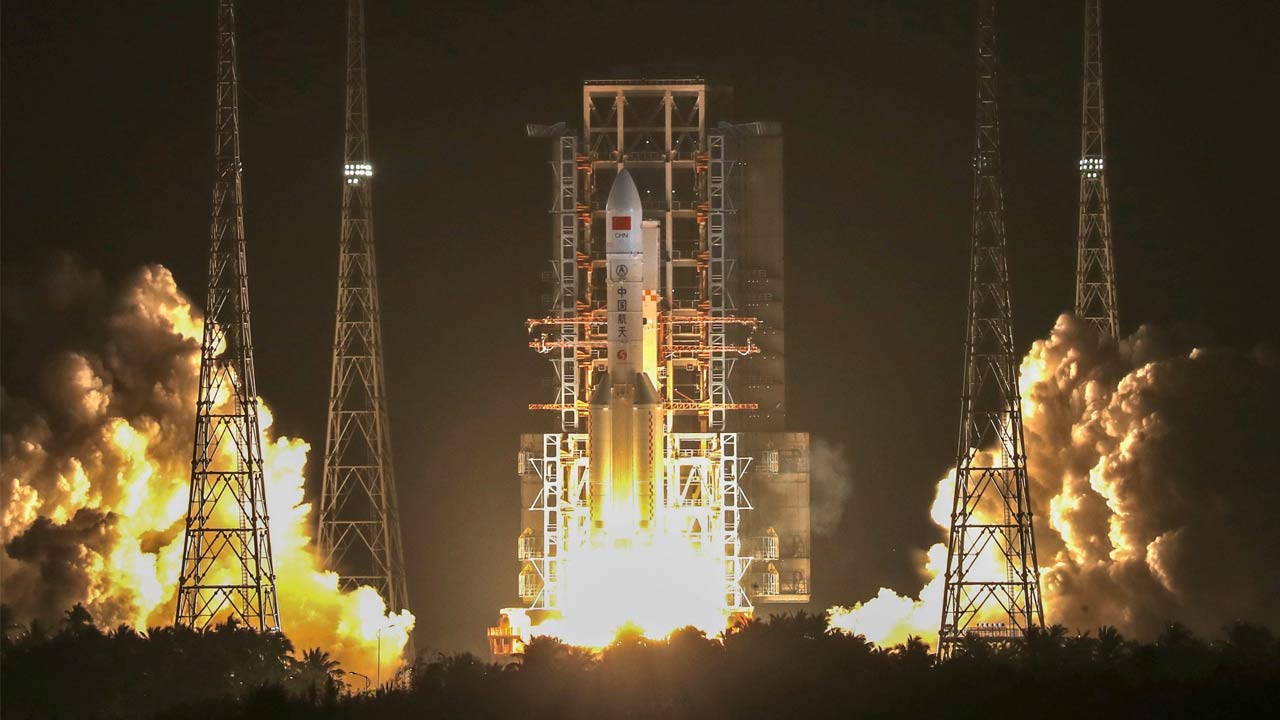 The Long March-5, China's most powerful rocket and a critical ingredient in the nation's ambitious space programme, can carry a maximum payload of 25 tonnes into low Earth orbit and 14 tonnes into geosynchronous orbit. The successful launch is a major step forward for its planned mission to Mars in 2020. The satellite will carry out orbit experiments for a series of key technologies, the CAST said in a press release.

It will demonstrate in orbit its heat transfer technology based on cryogenic loop heat pipes, an efficient thermal control device for space applications, to lay the foundation for the development of highly sensitive space probes. The satellite will test the controllable deformation of shape memory polymers, a type of smart material that can switch between temporary shapes, to pave the way for the development of large variable space structures.

It will also carry out satellite-ground communication tests using Q/V bands, which lie between 33-75 GHz, within the extremely high frequency (EHF) area of the radio spectrum. These frequencies are used mainly for satellite communications. "The major way to improve satellite communication capacity is to expand the bandwidth of the available frequency bands. If we liken the geostationary orbit to an expressway, which is now the most crowded in space, the use of Q/V bands will help to widen the expressway by four to five times," said Li Feng, chief designer of the satellite with the CAST. The test is key to the development of the next generation of high throughput satellites capable of delivering 1Tbps bandwidth for ultrafast speeds, he said.