Chandrayaan 2: Vikram lander intact, in one piece but in a tilted position, says ISRO

It had a hard-landing very close to the planned (touch-down) site as per the images sent by the on-board camera.

Vikram, with rover 'Pragyan' housed inside it, hit the lunar surface after communication with the ground-stations was lost during its final descent, just 2.1 km above the lunar surface, in the early hours of Saturday.

"It had a hard-landing very close to the planned (touch-down) site as per the images sent by the on-board camera of the orbiter. The lander is there as a single piece, not broken into pieces. It's in a tilted position," an Isro official associated with the mission claimed on Monday. "We are making all-out efforts to see whether communication can be re-established with the lander," the official said.

"An ISRO team is the on the job at ISRO Telemetry, Tracking and Command Network (ISTRAC) here."

Chandrayaan 2 comprises an orbiter, lander (Vikram) and rover (Pragyan). The mission life of the lander and rover is one Lunar day, which is equal to 14 earth days.

Isro Chairman K Sivan had said on Saturday that the space agency would try to restore link with the lander for 14 days, and reiterated the resolve on Sunday after the orbiter's camera spotted it on the Lunar surface.

An ISRO official said: "Unless and until everything is intact (lander), it's very difficult (to re-establish contact). Chances are less. Only if it had soft-landing, and if all systems functioned, then only communication can be restored. Things are bleak as of now." 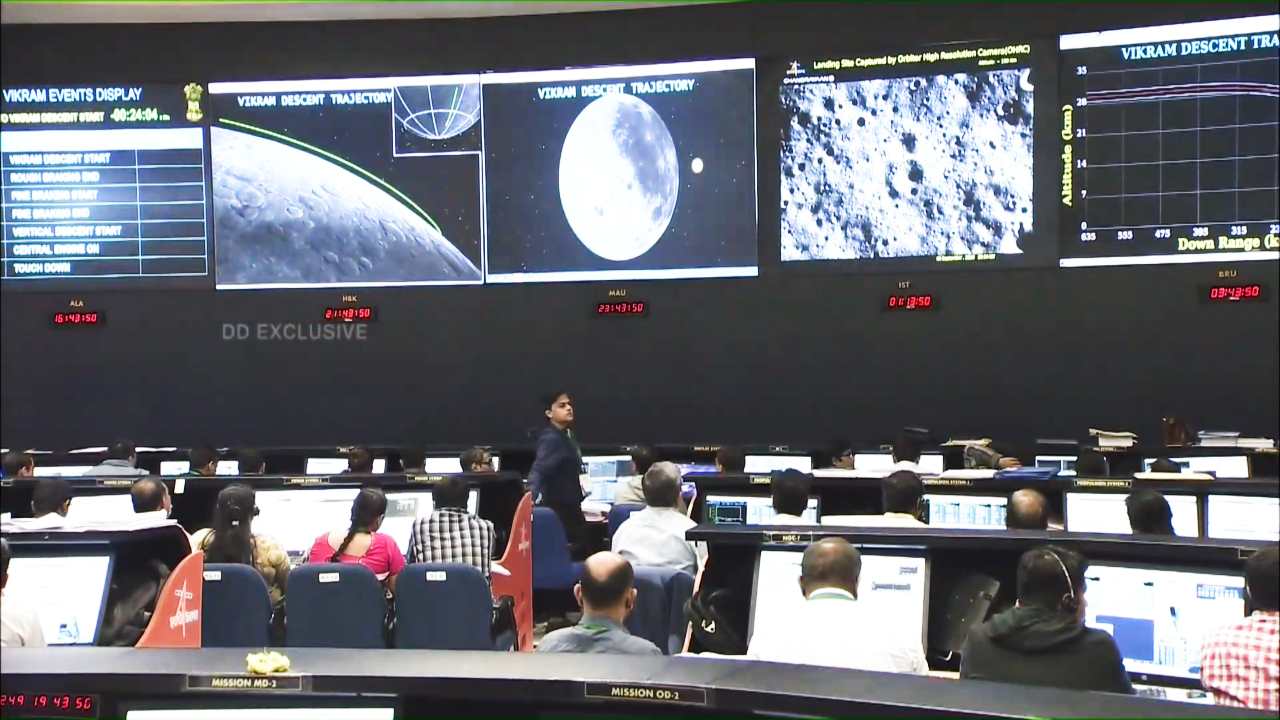 "I will rate it (restoring link) as good," another senior official of the space agency said, raising hope that lander springing to life again is not ruled out.

"But there are limitations. We have experience of recovering spacecraft (which had lost contact) in geostationary orbit. But here (in the case of Vikram), that kind of operational flexibility is not there. Already it's lying on the surface of the Moon, and we cannot reorient it.

Vital thing is antennas will have to pointed towards the ground station or the orbiter. Such operation is extremely difficult. At the same time, chances are good and we will have to keep our fingers crossed," the official said.

The official said the lander generating power is not an issue, as it has "solar panels all around it" and it also has "internal batteries" which "are not used much."