The anomaly might be metal left from an asteroid crash or leftover lunar magma from when the ocean crystalized.

A mysterious mass of material has been spotted by researchers under the surface of the Moon. The mass is located under a crater in the Moon’s South Pole-Aitken basin, and researchers believe it could be metallic remnants from the asteroid that caused the crater in the first place.

"Imagine taking a pile of metal five times larger than the Big Island of Hawaii and burying it underground," Peter James, lead study author of the study from Baylor University, said in a statement. "That's roughly how much unexpected mass we detected."

The researchers have two theories: the first is that the mass is metal from an asteroid that crashed into the Moon, forming the Aitken basin.

In addition to the number of "cold traps" of ice-water confirmed by the Chandrayaan-1 mission and studied by robotic probes in the Moon's South Pole, there are also regions that have a magnetized crust. This, according to researchers, is an anomaly that exists on the surface because of metallic remnants dislodged from the core of the massive impact that formed the South Pole-Aitken (SPA) basin.

The researchers in the present study analyzed data from NASA’s Gravity Recovery and Interior Laboratory (GRAIL) mission. While they are unsure where the asteroid came from or even if it was an asteroid that created the crater at all, they are sure that the mass is sitting in the upper mantle of the Moon, and hasn't sunken to the core.

"We did the math and showed that a sufficiently dispersed core of the asteroid that made the impact could remain suspended in the Moon’s mantle until the present day, rather than sinking to the Moon’s core”, said James.

The second theory is that the mass is a concentration of dense oxides leftover from the last stage of what scientists call the lunar magma ocean crystallization. Scientists believe that a large portion of the Moon was once an ocean of molten, lunar magma. This magma ocean, which is thought to have existed 70 million years after the solar system was formed, gradually crystallized to the solid, grainy rock that resembles the Moon today over the next 200 million years.

The South Pole-Aitken basin is a giant impact structure, oval in shape with its outer rim roughly 2,000 km in length. The crater is several kilometres deep but cannot be seen from Earth because it is located in the far side of the Moon, which is permanently turned away from Earth for astronomers and telescopes to study. 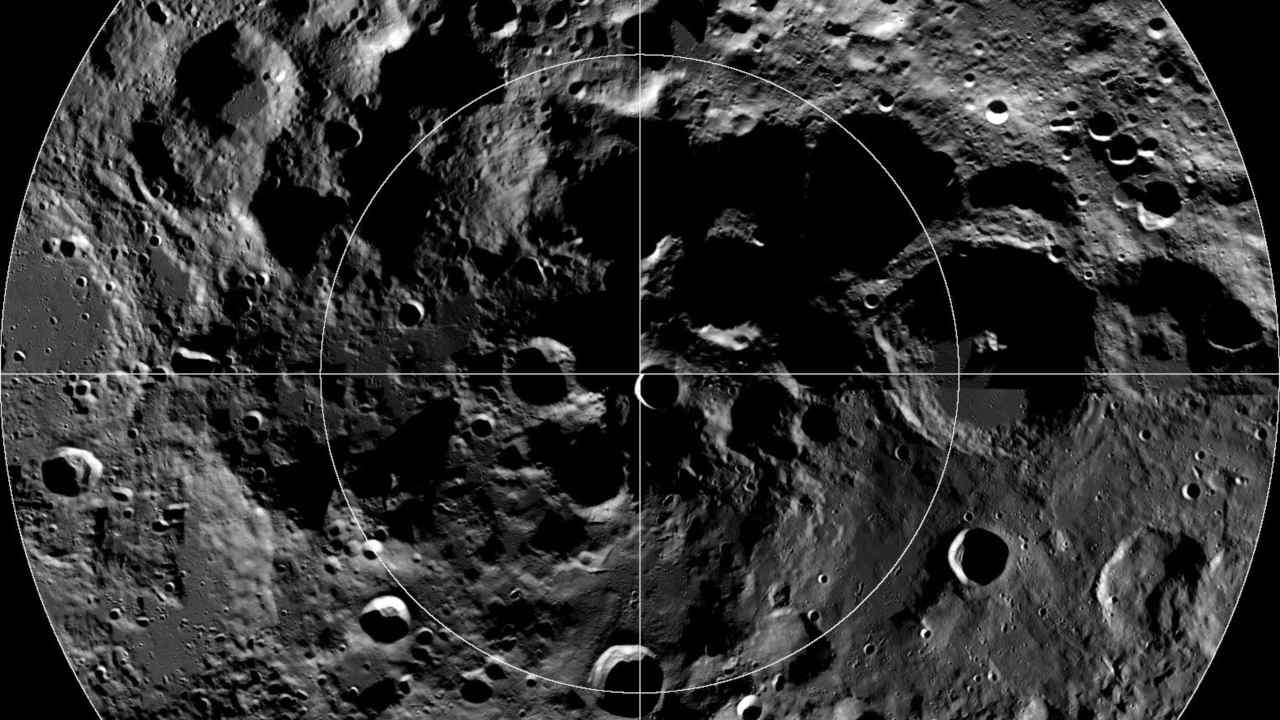 While there have been many craters that have formed due to asteroid impacts over time, none are as well-preserved as the Aitken basin, which is thought to have been formed four billion years ago.

The discovery was made by researchers from Baylor University and the findings have been published in the journal Advancing Earth and Space Science, titled 'Deep Structure of the Lunar South Pole‐Aitken Basin'.