Describing the soft-landing, he said it will be like flying saucers hovering on the top and then slowly descending.

The proposed soft-landing on the Moon on 7 September by the Chandrayaan-2 mission is by far the most complex in ISRO's history, says its former Chairman G Madhavan Nair, who is 100 percent sure of its success.

Nair, who spearheaded Chandrayaan-1 mission more than a decade ago, termed ISRO successfully separating lander 'Vikram' from Chandrayaan-2 orbiter on Monday as a "great event" and said from now onwards it's going to be an even tougher job.

"We are one step closer to having us soft-land on the lunar surface and so far so good; all the mission sequences have gone off well, computation, as well as planning, have worked well and now the lander is in elliptical orbit", he said. "From there, it's really going to be a tough job. On-board cameras will be mapping the terrain, sending the pictures to us. Then we will have to select the appropriate location and see that in the exact location it descends slowly to the surface", Nair said in an interview to PTI.

"It's a very, very complex operation. I don't think any nation has done a similar operation trying to have real-time pictures and then try to have an on-board computer implement autonomously the function of the landing. It's going to be a remarkable event and we are all looking forward to that event. I am sure it will be a 100 percent success", he said.

On soft-landing on the Moon, he said its something like flying saucers coming in hovering on the top and then slowly descending, as in science fiction. It's almost a similar sequence which ISRO is going to implement, with practically no real-time controls on the ground.

"...Only on-board cameras would look for the right location and once it matches, there are five rocket engines which will precisely control by first reducing the speed and then making it virtually float at that point and have some lateral movement in such a way that it goes just to the location, slowly guide it to the landing site",Nair explained.

Cameras, laser ranging systems, onboard computers and, above all, the software required for the entire operation has to work in unison.

"So, complexities are really going to be...biggest complexity ever we have done in a mission is going to be demonstrated in this", the former Secretary in the Department of Space and ex-Space Commission Chairman said. 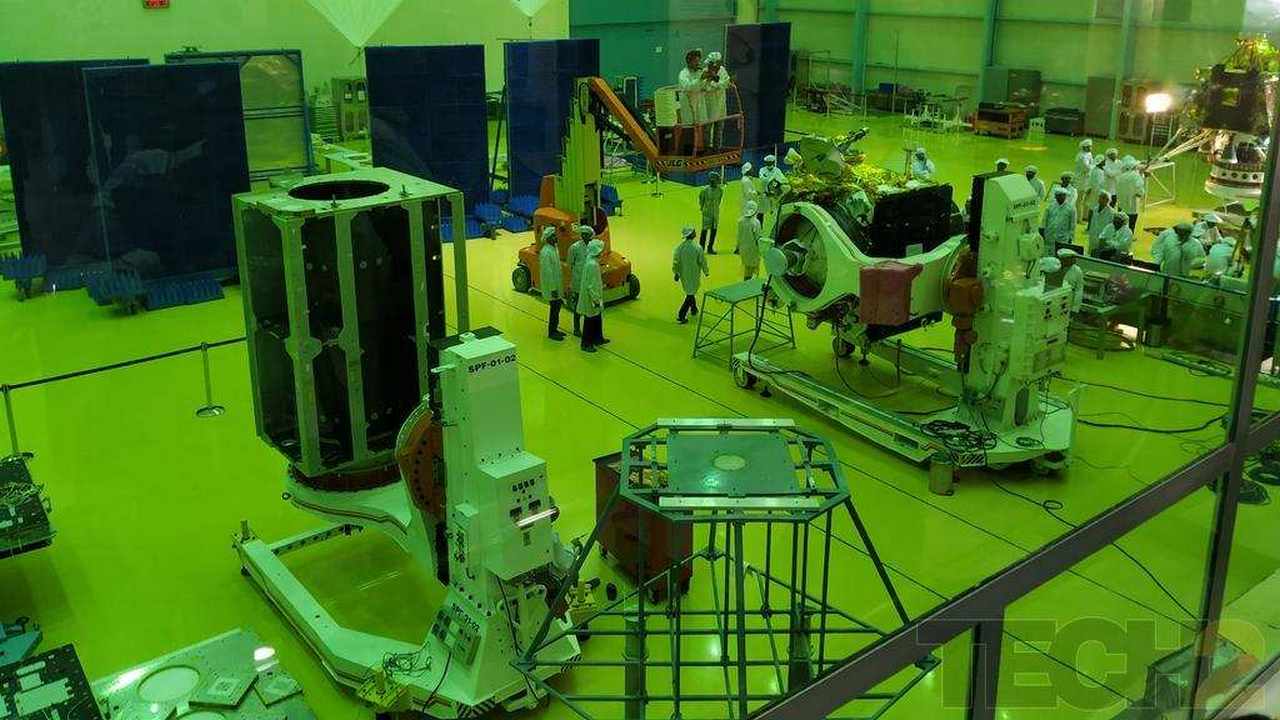 The first glimpse of the lander and the orbiter. Image credit: Tech2

If things go as planned and ISRO succeeds in soft-landing on the Moon, it will boost India's image in the international arena and show to the world how a "so-called developing nation" has perfected space technologies developed by it, he said.

It will also drive home the message that Indian talent is second to none, and "if given a vision and direction, ISRO can do it", Nair added.

Earlier in the day, ISRO said it has successfully performed the first de-orbiting maneuver for the spacecraft.

One more de-orbit maneuver will be performed on Wednesday, before the powered descent on September 7 for Vikram's landing in the south polar region of the moon.

Vikram (with rover 'Pragyan' housed inside) is expected to touch down on the surface of the moon on 7 September, between 1.30 and 2.30 AM.