Chandrayaan is India's first moon lander, coming 50 years after Armstrong walked on the moon in 1969.

Ten years ago, on 22 October, 2008, Indian Space Research Organization launched Chandrayaan-1, India's first planetary probe, to the Moon. A few weeks from now, the mission's successor — Chandrayaan-2 — is scheduled to follow suit after many unforeseen delays to its launch.

Chandrayaan-1 was India's first ever planetary mission to the moon, and carried a range of experiments, both Indian and international, to the lunar orbit. The probe collected a lot of significant data over its mission to orbit and study the moon's chemistry, geology and mineral make-up for close to a year.

The most significant of Chandrayaan-1's findings was direct evidence of water on the moon. Data from the Moon Mineralogy Mapper on Chandrayaan-1 was crucial to collecting data on deposits were found as water-ice concentrated near the polar regions of the Moon. These images show a very young lunar crater on the side of the Moon that faces away from Earth, as viewed by Chandrayaan-1's Moon Mineralogy Mapper (M3). Image credit: Wikipedia

A second instrument on Chandrayaan-1, the Mini-Synthetic Aperture Radar (Mini-SAR), also found water-ice deposits in craters on the far side of the moon. This has been a blindspot for past lunar missions as well as observations from Earth since it isn't well-studied. The far side of the Moon is also inaccessible to satellite signals for communication with mission controllers on Earth.

A third instrument, the Indian Moon Impact Probe (MIP) of Chandrayaan-1 picked up on signatures of water in the lunar exosphere.

The discovery that made headlines world-over, in fact, was data of the first "direct evidence" of water in the moon's atmosphere just above the Moon's surface, collected by the Chandra's Altitudinal Composition (CHACE) instrument as the probe descended on the moon.

These discoveries were largely made because the probe's instruments were designed to detect even traces of water in the form of hydroxyl ions (OH), as opposed to the more familiar form of the water molecule (H20). What this finding indicates is that solar radiation probably pulverizes water into hydrogen ions, which escapes the atmosphere. The hydroxyl ions, which appear to linger as traces of water, is something instruments on the Chandrayaan-2 mission are also primed to track down. 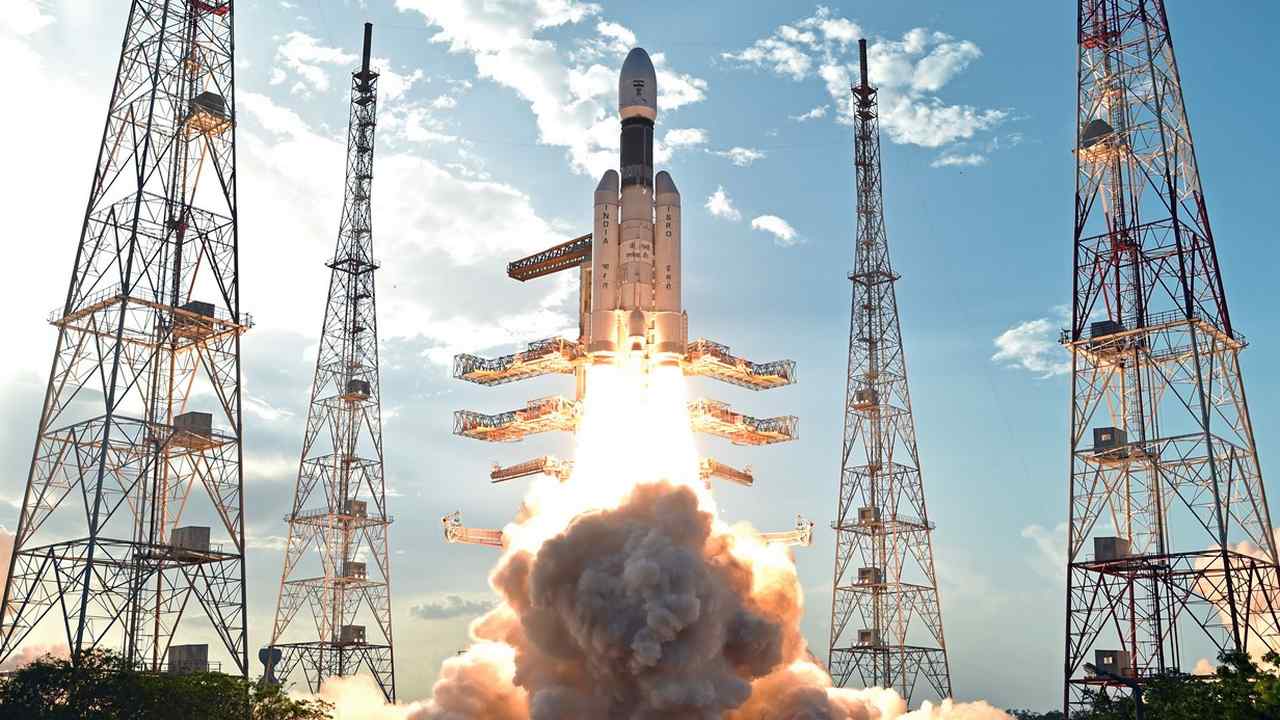 Following in Chandrayaan-1's heels is the Rs 603-crore Chandrayaan-2 unmanned mission, scheduled for a 15 July launch. This comes nearly ten years after ISRO's first mission to the Moon, but carries a lander and a rover more than Chandrayaan-1 did.

The 3,890-kg Chandrayaan-2 probe will be launched onboard the Geosynchronous Satellite Launch Vehicle (GSLV) MkIII. The Lander will soft-land on the lunar surface and unload the Rover to study and take measurements from the surface. The orbiter, in the meanwhile, will continue circling the natural satellite.

The Orbiter is capable of communicating with the Indian Deep Space Network (IDSN) at Byalalu, Karnataka as well as the Vikram Lander if needed. The mission life of the orbiter is 1 year, and it will be placed in a 100X100 km lunar polar orbit once the lander detaches and touches base on the landing site. Instruments on the orbiter will carry out a variety of remote-sensing observations. From its 100 km-orbit, it will scan and image the surface to produce a series of maps of the water and chemical composition of the lunar surface. In addition, it will also study

The lander and rover on Chandrayaan-2 will touchdown at a site 600 kilometers from the lunar South pole. If successful, this would be the first time any moon mission landed so far from the equator.

The rover — weighing just 25 kilograms and roughly the size of a briefcase — will carry two instruments that will study the lunar surface's elemental composition — a Laser-Induced Breakdown Spectroscope (LIBS) and an Alpha Particle X-Ray Spectrometer (APXS). The probe also has an instrument to measure the Moon's plasma — a layer of charged molecules above the moon's surface that could explain why lunar regolith, the dusty material covering the moon's surface, floats above the surface for extended periods of time. Chandrayaan-2 will also carry a seismometer to record quakes on the moon, taking over from Apollo 11's efforts to study the phenomenon, a report in the Hindu said.

The mission will also provide a map of the moon's topology, which could add many new findings to existing data due to its unique choice of landing site.

Hopes and challenges riding along Chandrayaan-2

The launch of Chandrayaan-2 was initially pegged for the second-half of 2018.

The plans for the probe to descend soon after it breaches the orbit were modified into a more round-about approach where the probe would go around the Moon before touching down, according to an Economic Times report.

“You can say that this is Chandrayaan-3 as the project has been reconfigured completely," Sivan said. "If we went with the previous configuration it would have been a disaster. They had not thought of so many issues, that are being corrected now.” With all the scientific mission riding on Chandrayaan-2, a successful landing near the south pole in itself would be a remarkable feat for ISRO as well as space exploration worldover, experts have said.

"One of NASA's main priorities is to go [to the south pole] on a sample return mission," James Greenwood, a cosmochemist at Wesleyan University in Middletown, Connecticut said to Science. "So this could help us also later, down-the-road, as they give us more information as to what's there."