The LHCb experiment has observed an anomaly in particles made of charm quarks for the first time.

Why do we exist? This is arguably the most profound question there is and one that may seem completely outside the scope of particle physics. But our new experiment at CERN’s Large Hadron Collider has taken us a step closer to figuring it out.

To understand why let’s go back in time some 13.8 billion years to the Big Bang. This event produced equal amounts of the matter you are made of and something called antimatter. It is believed that every particle has an antimatter companion that is virtually identical to itself but with the opposite charge. When a particle and its antiparticle meet, they annihilate each other – disappearing in a burst of light.

Why the universe we see today is made entirely out of matter is one of the greatest mysteries of modern physics. Had there ever been an equal amount of antimatter, everything in the universe would have been annihilated. Our research has unveiled a new source of this asymmetry between matter and antimatter. 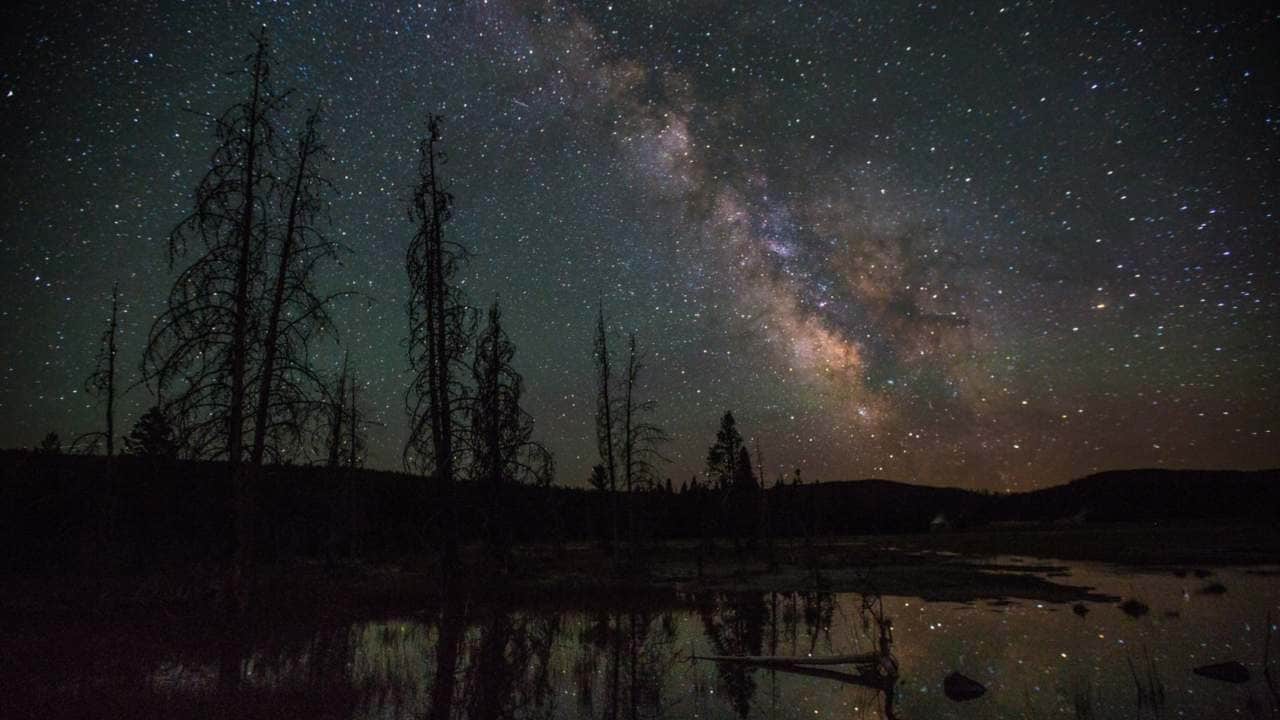 Antimatter was first postulated by Arthur Schuster in 1896, given a theoretical footing by Paul Dirac in 1928, and discovered in the form of anti-electrons, dubbed positrons, by Carl Anderson in 1932. The positrons occur in natural radioactive processes, such as in the decay of Potassium-40. This means your average banana (which contains Potassium) emits a positron every 75 minutes. These then annihilate with matter electrons to produce light. Medical applications like PET scanners produce antimatter in the same process.

The fundamental building blocks of matter that make up atoms are elementary particles called quarks and leptons. There are six kinds of quarks: up, down, strange, charm, bottom and top. Similarly, there are six leptons: the electron, muon, tau and the three neutrinos. There are also antimatter copies of these twelve particles that differ only in their charge.

Antimatter particles should in principle be perfect mirror images of their normal companions. But experiments show this isn’t always the case. Take for instance particles known as mesons, which are made of one quark and one anti-quark. Neutral mesons have a fascinating feature: they can spontaneously turn into their anti-meson and vice versa. In this process, the quark turns into an anti-quark or the anti-quark turns into a quark. But experiments have shown that this can happen more in one direction than the opposite one – creating more matter than antimatter over time. 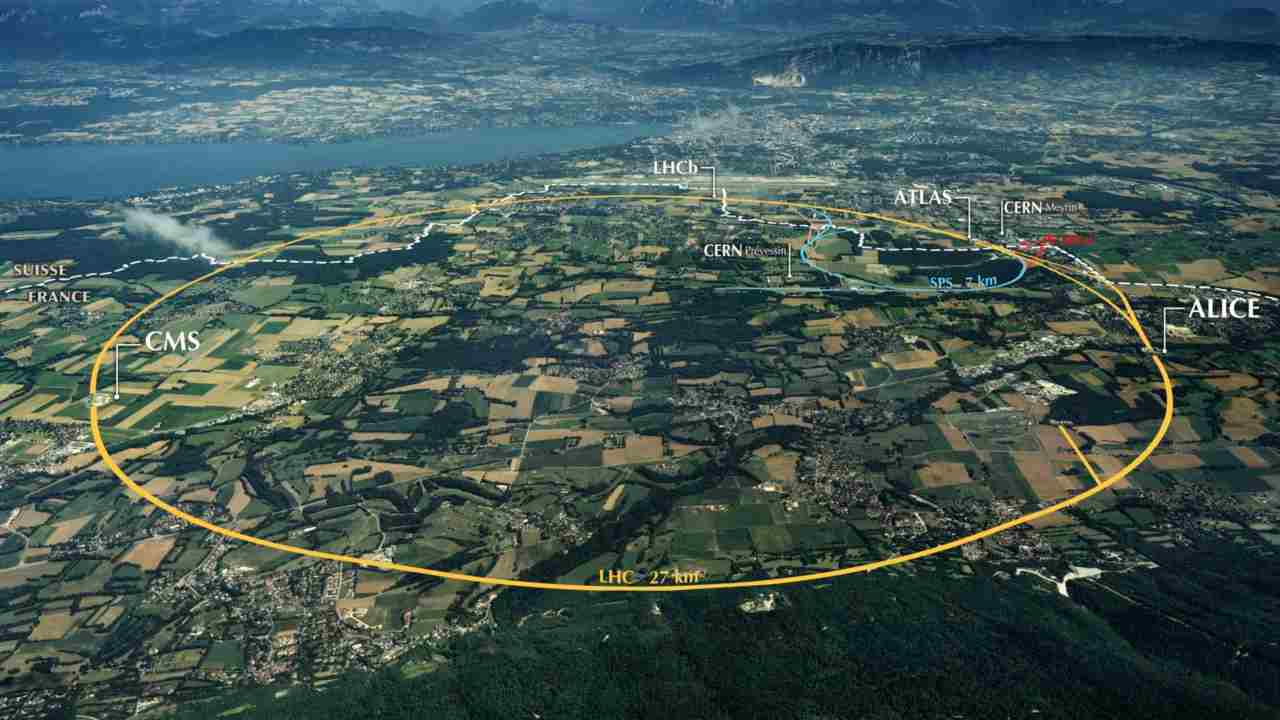 Among particles containing quarks, only those including strange and bottom quarks have been found to exhibit such asymmetries – and these were hugely important discoveries. The very first observation of asymmetry involving strange particles in 1964 allowed theorists to predict the existence of six quarks – at a time when only three were known to exist. The discovery of asymmetry in bottom particles in 2001 was the final confirmation of the mechanism that led to the six-quark picture. Both discoveries led to Nobel Prizes.

Both the strange and bottom quark carry a negative electric charge. The only positively charged quark that in theory should be able to form particles that can exhibit matter-antimatter asymmetry is a charm. Theory suggests that if it does, then the effect should be tiny and difficult to detect.

But the LHCb experiment has now managed to observe such an asymmetry in particles called D-meson – which are comprised of charm quarks – for the first time. This is made possible by the unprecedented amount of charm particles produced directly in the LHC collisions, which I pioneered a decade ago. The result indicates that the chance of this being a statistical fluctuation is about 50 in a billion.

If this asymmetry is not coming from the same mechanism causing the strange and bottom quark asymmetries, this leaves room for new sources of matter-antimatter asymmetry that can add to the total such asymmetry in the early universe. And that’s important as the few known cases of asymmetry can’t explain why the universe contains so much matter. The charm discovery alone will not be sufficient to fill this gap, but it is an essential puzzle piece in the understanding of the interactions of fundamental particles.

The discovery will be followed by an increased number of theoretical works, which help to interpret the result. But more importantly, it will outline further tests to deepen the understanding following our finding – with a number of such tests already ongoing.

Over the coming decade, the upgraded LHCb experiment will boost the sensitivity for these kinds of measurements. This will be complemented by the Japan-based Belle II experiment, which is just starting to operate. These are exciting prospects for research into matter-antimatter asymmetry.

Antimatter is also at the heart of a number of other experiments. Whole anti-atoms are being produced at CERN’s Antiproton Decelerator, which feeds a number of experiments conducting high precision measurements. The AMS-2 experiment aboard the International Space Station is on the lookout for antimatter of cosmic origin. And a number of current and future experiments will tackle the question of whether there is antimatter-matter asymmetry among neutrinos.

While we still cannot completely solve the mystery of the universe’s matter-antimatter asymmetry, our latest discovery has opened the door to an era of precision measurements that have the potential to uncover yet unknown phenomena. There’s every reason to be optimistic that physics will one day be able to explain why we are here at all.