Analysis of the data from the space probe shows there are similarities between Earth's, Saturn's and Jupiters auroras.

It’s been three years since the Cassini spacecraft went down in a blaze of glory into Saturn's atmosphere on 15 December 2017. But the data that scientists received from the space probe is still being analysed and studied.

Now, researchers from the University of Lancaster in the United Kingdom are studying the last of the data sent back from the orbiter. The spacecraft was an orbiter-lander module and was a collaboration between NASA, European Space Agency and Italian Space Agency (ISA).

For the last leg of its journey, Cassini sent on some daring adventures where it passed through the gaps between Saturn and its inner rings, this brought it closer to Saturn than ever before. This, also allowed scientists to obtain images of Saturn's ultraviolet auroras in unprecedented resolution. An artists concept of Cassini during the Saturn Orbit Insertion maneuver, just after the main engine has begun firing. Image credit: NASA/Wikipedia

Like the aurora borealis on earth, Saturn too has a similar phenomenon at its poles. In 2008, the Hubble telescope took a few stunning images of the aurora on both the poles of the planet. However, satellite images are not enough to explain this phenomenon.

According to a statement by the university, Saturn’s auroras are generated by the interaction of the solar wind, a stream of energetic particles emitted by the Sun, with Saturn's rapidly rotating magnetic field. They are located in the planet's Polar Regions and known to be highly dynamic, often pulsating and flashing as different dynamic processes occur in the planet's plasma environment.

Cassini was, at certain moments, at the right place and the right time and the data it sent back tells us that the particles that cause the auroras originate far away from the poles. It originates where the magnetic field lines twist and clouds of plasma interact with one another on the surface of Saturn. 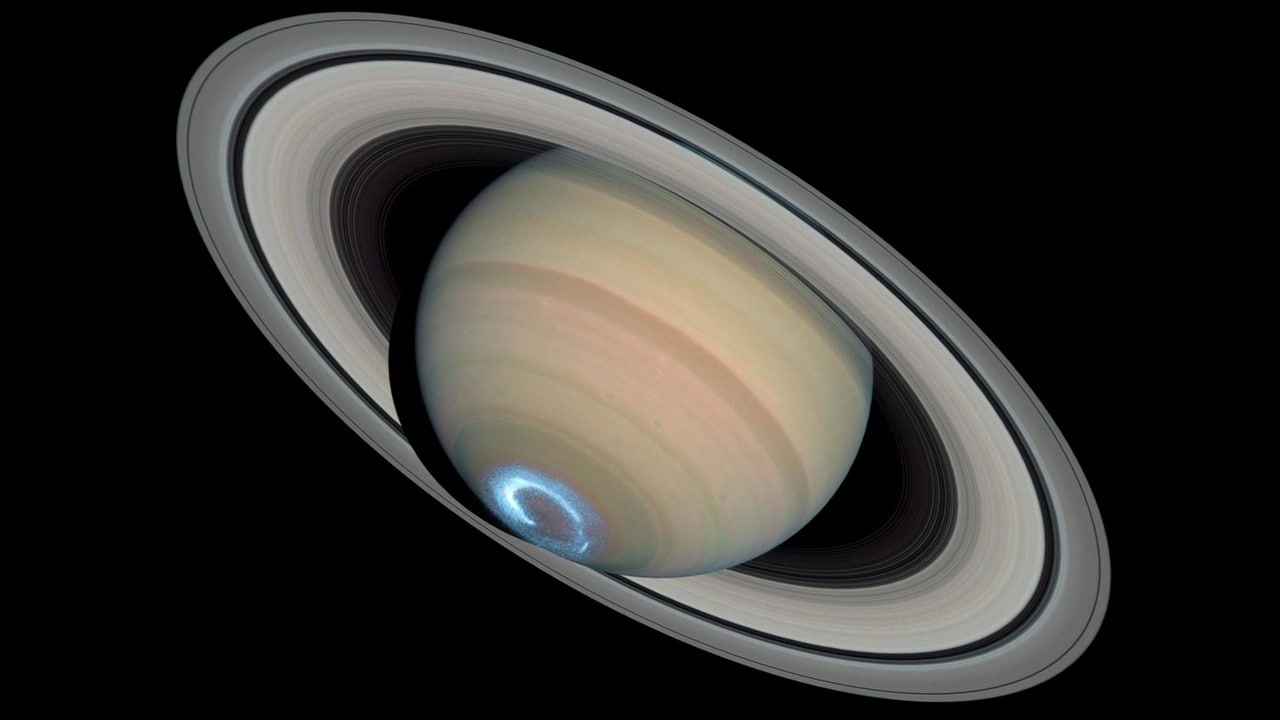 In this Hubble Space Telescope image — an aurora appears as a ring of light circling a planet's polar region. Image credit: Flickr/NASA

Analysis of the data showed that Saturn's auroras, like Jupiter's, are generated by much more energetic particles than Earth's. However, there are similarities between all the auroras of all three planets.

"Surprisingly many questions revolving around Saturn's auroras remain unanswered, even after the outstanding success of the Cassini mission,” said Alexander Bader lead author of the research, in a press release. "This last set of close-up images gives us unique highly detailed views of the small-scale structures which couldn't be discerned in previous observations by Cassini or the Hubble Space Telescope. We have some ideas about what their origin could be, but there is still a lot of analysis to be done."

The findings and observations from the data have been published in two studies, in the journals Geophysical Research Letters and JGR: Space Physics.