Case of bubonic plague detected in Mongolia: All you need to know about the Black Death

WHO has said that it doesn't consider the outbreak high-risk, but that they are monitoring the situation carefully.

As the world battles it out with the coronavirus pandemic, an old foe appears to have reared its head in China. This might sound dramatic... and it may well be.

A herdsman from the city of Bayannur in the Chinese region of Inner Mongolia has been diagnosed with the bubonic plague on Sunday, 5 July 2020. He has been isolated in a local hospital and his condition is stable, health authorities have said in a statement. They have also issued a Level-III alert – the third-highest in the nation's four-level system. China's public health alert system is categorized into four levels in terms of the incidents' nature, extent of harm and scope: Level-I (Extremely significant), Level-II (Significant), Level-III (Major) and Level-IV (Normal).

According to The Guardian, the alert forbids the hunting and eating of animals that carry the plague and asks the public to report any suspected cases of plague or fever with no clear causes and to report any sick or dead marmots. 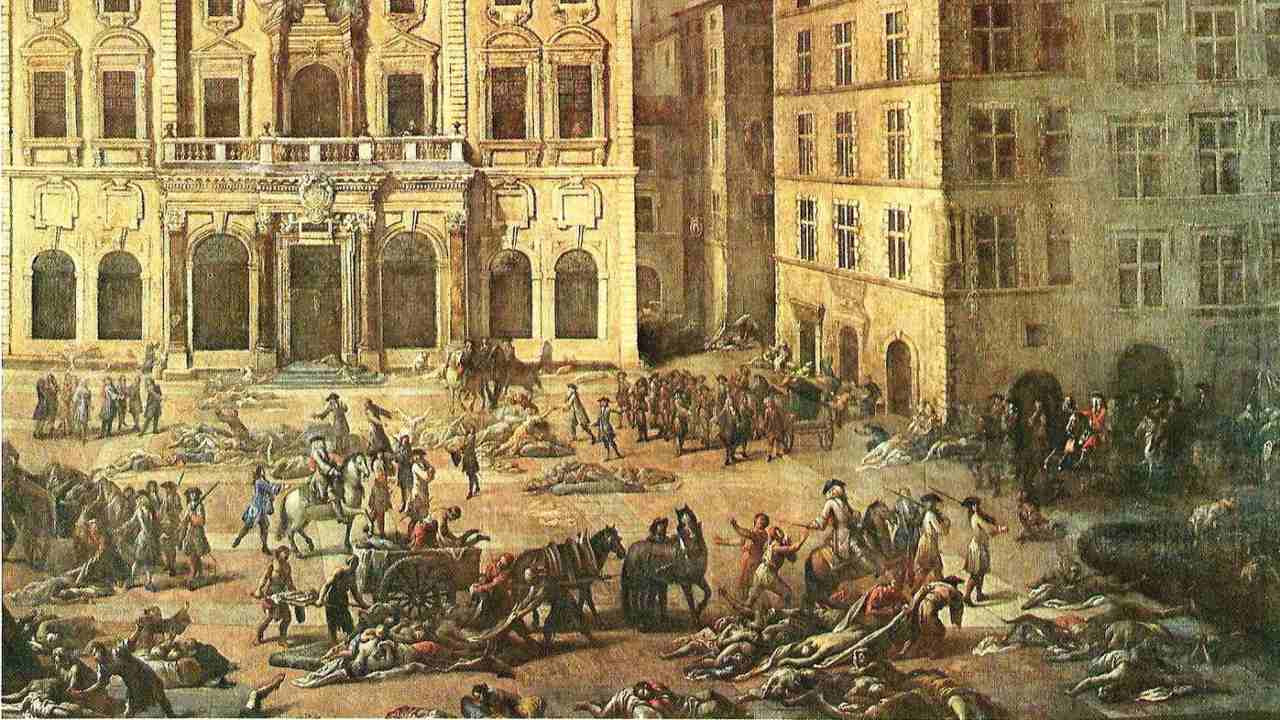 Painting by Michel Serre (1658-1733) representing the town hall of Marseille during the plague of 1720. Image credit: Wikipedia

Two brothers in Mongolia’s Khovd province tested positive for the bubonic plague last week after eating the meat of a marmot, a small mammal, Xinhua reported.

The Bayannaoer health commission has warned of the risks of human-to-human infection from the plague and urged that people in the city take precautions, Livemint reported.

The government claims to have put in place plague-prevention measures that would remain in force for the rest of the year, according to The New York Times.

The WHO was informed of this new development on 6 July 2020, after which it announced that the threat isn't being considered high-risk, but is being monitored carefully.

"We are monitoring the outbreaks in China, we are watching them closely and in partnership with the Chinese authorities and Mongolian authorities," WHO spokeswoman Margaret Harris said at a UN press briefing in Geneva this week.

Black plague in the modern world

Today, the bubonic plague continues to circulate every so often in different parts of the world, according to a report in the Washington Post, but it rarely ever sparks an epidemic or public health crisis. Several notable outbreaks in recent years have been recorded in Madagascar, killing hundreds. The CDC has reported an average of about seven cases a year in the US. Officials in China claim to have had 30 or so cases in the last decade, the report adds.

There are three types of plagues with the Bubonic plague being the deadliest of the lot. According to the Center for Disease Control and Prevention, people infected with the plague develop fever, headache, chills, and weakness. They can also develop one or more swollen, tender and painful lymph nodes that are also called buboes. This form is usually the result of an infected flea bite.

The Bubonic plague is a bacterial infection that spreads from fleas who have bitten infected rodents like mice, rats, rabbits and squirrels. It has a reproduction rate of 5-7, according to a study published in Science Direct, which means one person can spread the disease to five to seven people. The symptoms can start showing up after an incubation period of 1-7 days.

The WHO states that while it is a deadly disease, it can be treated easily with antibiotics and the use of standard preventive measures. However, if not treated properly, the bacteria can spread to other parts of the body and cause death is antibiotics are not administered within 24 hours of the first symptoms. The disease has a 30-60 percent fatality rate if left untreated.

Dr Shanthi Kappagoda, an infectious disease physician at Stanford Health Care, told Healthline, “We know how to prevent it — avoid handling sick or dead animals in areas where there is the transmission. We are also able to treat patients who are infected with effective antibiotics, and can give antibiotics to people who may have been exposed to the bacteria (and) prevent them (from) getting sick.”

History of the Black Death

The first recorded Black death pandemic took place during the 6th century, and is known today as the Plague of Justinian, after the ruling emperor of Eastern Rome at the time, Justinian I. The pandemic is thought to have killed 25 to 50 million people over two centuries, in waves that continued to spread till the middle of the 8th century.

It is thought to have resurged in 1347 in Europe, Africa and Asia, killing anywhere between 75 million and 200 million people. Originating in Central Asia and spreading from Italy to the other European countries via ships that were filled with infected rats, the black death got its name from the black spots that form on the skin in those infected. Some historians believe that the nursery rhyme Ring-Around-A-Rosie was inspired by the black plague. According to folklore, a rosy rash was a symptom of the plague, and posies of herbs were carried as protection and to ward off the smell of the disease.

In the mid-19th century, the plague struck again for the third time. It originated in East Asia, in Yunnan, China. It spread to all continents and led to more than 12 million deaths in India and China, with about 10 million killed in India alone. It lasted till 1981.