Captured in photos: Second interstellar object ever observed in our solar system

The image shows details about C/2019 Q4 — a fuzzy coma and tail, both of which are features not seen in 'Oumuamua.

An unknown object was spotted entering the solar system in August, likely from an alien world. It was spotted by an amateur astronomer in Ukraine on 30 August. The Minor Planet Centre, part of the Smithsonian Astrophysical Observatory released a statement claiming the object, called C/2019 Q4, has an orbit in the shape of a hyperbola, and was moving at high speeds unaffected by the sun’s gravity, suggesting it hails from outside our solar system. "This image was possible because of Gemini’s ability to rapidly adjust observations and observe objects like this, which have very short windows of visibility," Andrew Stephens, coordinator of the observations by Gemini, said in a statement.

The image captured by the Gemini Observatory shows details about C/2019 Q4 — a fuzzy coma and tail, both of which are features of comets not seen in 'Oumuamua. The pronounced tail in the image is indicative of outgassing, which is a characteristical comet thing to do. This is also the first time an interstellar visitor has shown an evident tail due to outgassing. 'Oumuamua, on the other hand, was a highly elongated asteroid-like rock with no evident outgassing. 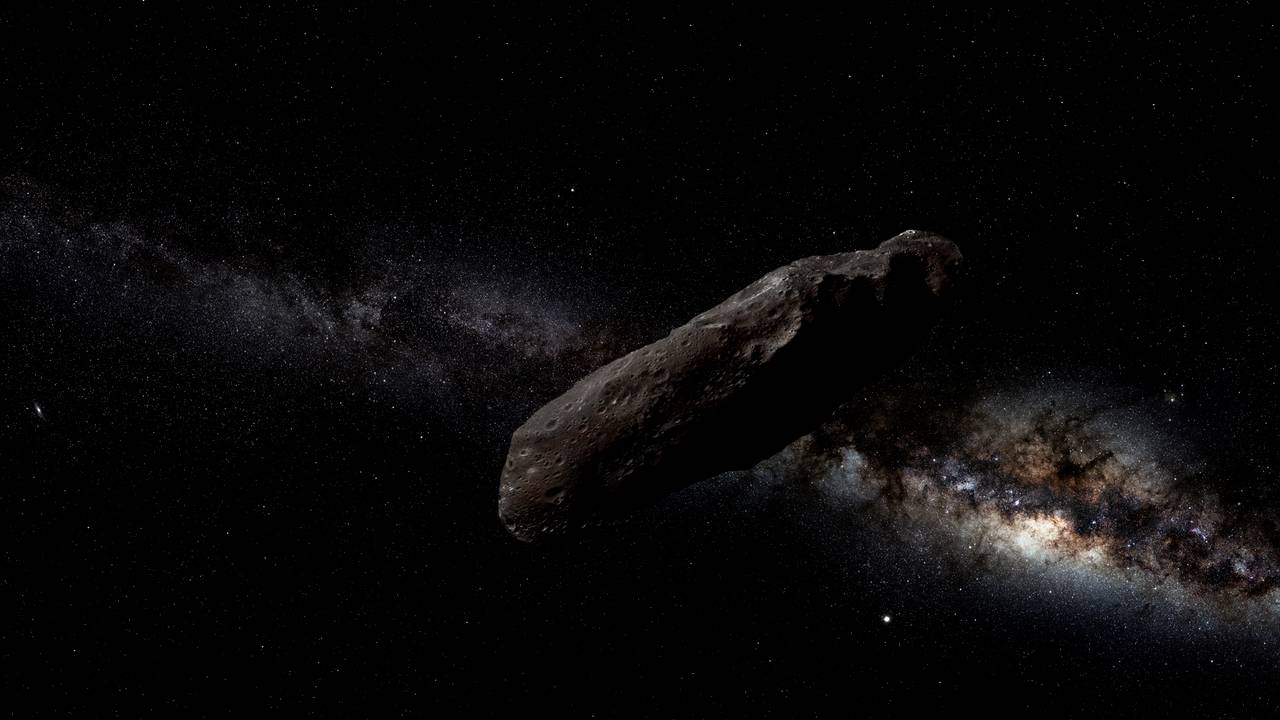 Currently, C/2019 Q4 is close to the relative position of the Sun in our sky, which is hampering observations with a glow during twilight. But better opportunities to observe it will come around over the next few months, according to the Gemini website, since the comet’s hyperbolic path will bring it to more favorable conditions for observations to be made.

The trajectory of the interstellar comet.

The first observation made of the comet in August was pre-published in arXiv.