Can genetically engineered trees help save the world's disappearing forests?

GM forest trees could counter threats to forest health, bringing in a new frontier in biotechnology.

One thing is clear: The threats facing our forests are many, and the health of these ecosystems is getting worse. A 2012 assessment by the U.S. Forest Service estimated that nearly 7 percent of forests nationwide are in danger of losing at least a quarter of their tree vegetation by 2027. This estimate may not sound too worrisome, but it is 40 percent higher than the previous estimate made just six years earlier.

In 2018, at the request of several US federal agencies and the US Endowment for Forestry and Communities, the National Academies of Sciences, Engineering, and Medicine formed a committee to "examine the potential use of biotechnology to mitigate threats to forest tree health." Experts, including me, a social scientist focused on emerging biotechnologies, were asked to "identify the ecological, ethical, and social implications of deploying biotechnology in forests, and develop a research agenda to address knowledge gaps."

Our committee members came from universities, federal agencies and NGOs and represented a range of disciplines: molecular biology, economics, forest ecology, law, tree breeding, ethics, population genetics and sociology. All of these perspectives were important for considering the many aspects and challenges of using biotechnology to improve forest health. More than 80 million acres are at risk of losing at least 25 percent of tree vegetation between 2013 and 2027 due to insects and diseases.
Krist et al.

A crisis in US forests

Climate change is just the tip of the iceberg. Forests face higher temperatures and droughts and more pests. As goods and people move around the globe, even more insects and pathogens hitchhike into our forests. 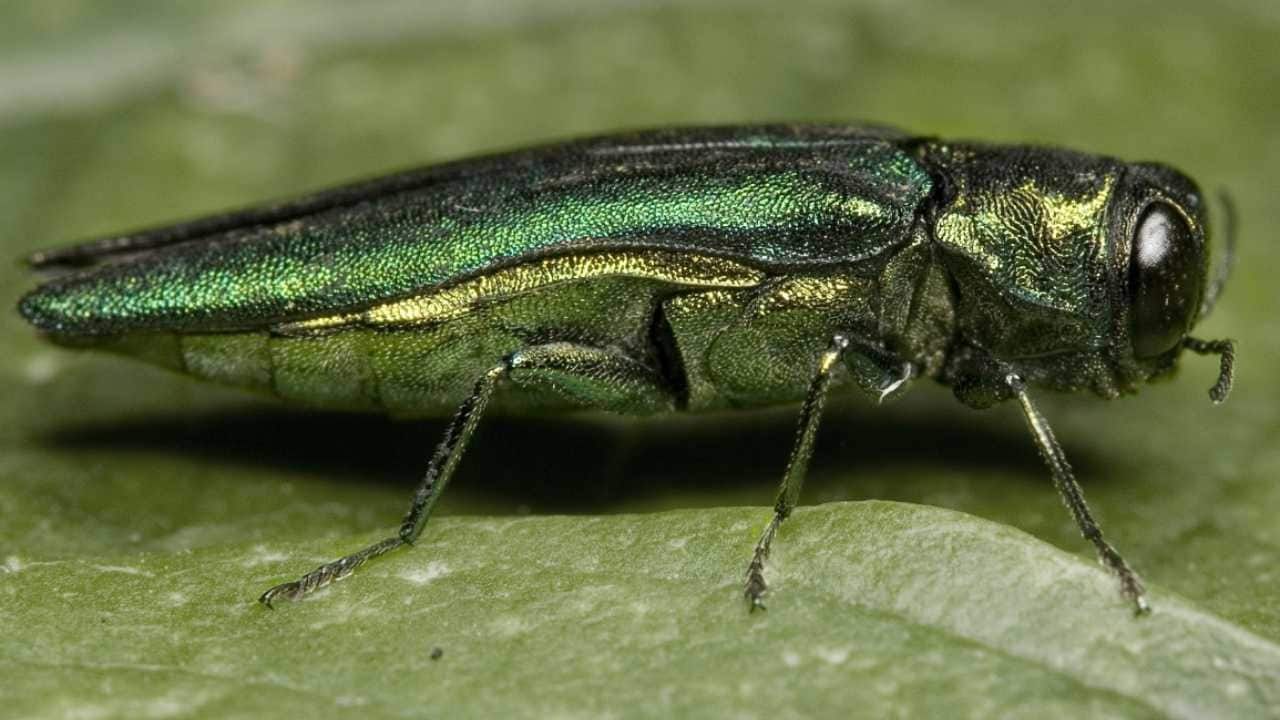 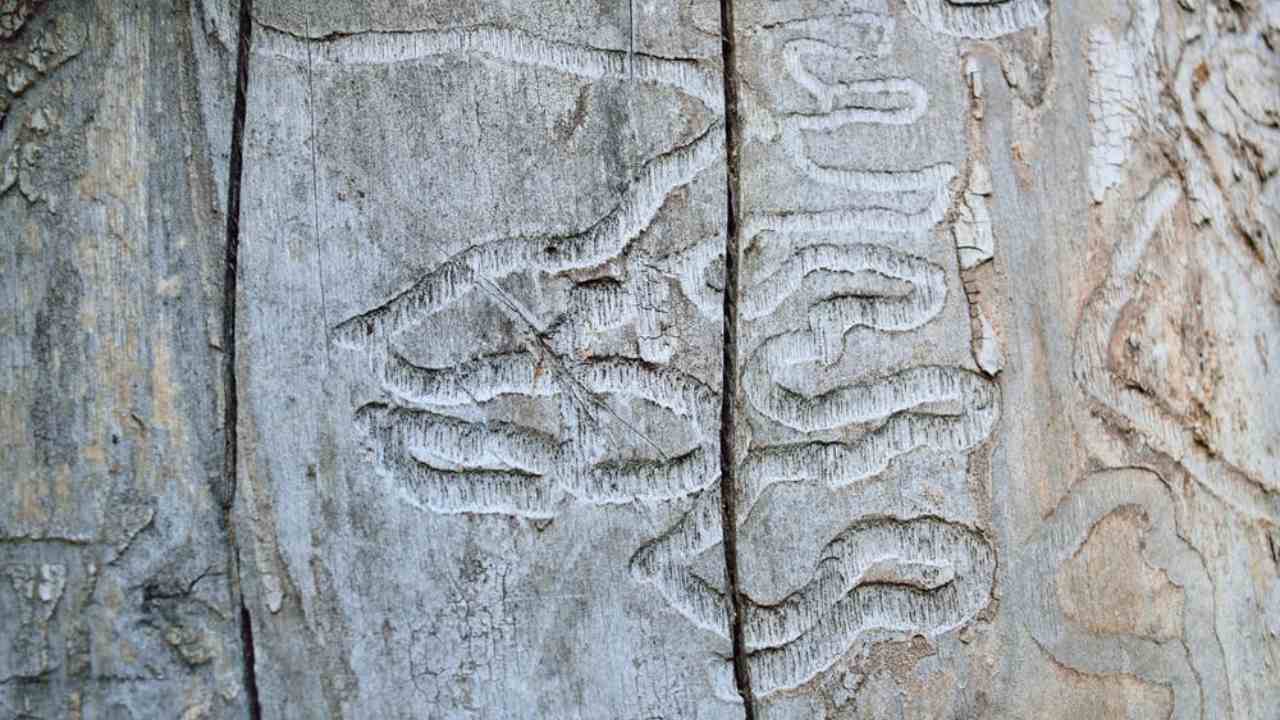 We focused on four case studies to illustrate the breadth of forest threats. The emerald ash borer arrived from Asia and causes severe mortality in five species of ash trees. First detected on U.S. soil in 2002, it had spread to 31 states as of May 2018. Whitebark pine, a keystone and foundational species in high elevations of the U.S. and Canada, is under attack by the native mountain pine beetle and an introduced fungus. Over half of whitebark pine in the northern US and Canada have died.

Poplar trees are important to riparian ecosystems as well as for the forest products industry. A native fungal pathogen, Septoria musiva, has begun moving west, attacking natural populations of black cottonwood in Pacific Northwest forests and intensively cultivated hybrid poplar in Ontario. And the infamous chestnut blight, a fungus accidentally introduced from Asia to North America in the late 1800s, wiped out billions of American chestnut trees.

Can biotech come to the rescue? Should it?

Although there are many potential applications of biotechnology in forests, such as genetically engineering insect pests to suppress their populations, we focused specifically on biotech trees that could resist pests and pathogens. Through genetic engineering, for example, researchers could insert genes, from a similar or unrelated species, that help a tree tolerate or fight an insect or fungus.

It’s tempting to assume that the buzz and enthusiasm for gene editing will guarantee quick, easy and cheap solutions to these problems. But making a biotech tree will not be easy. Trees are large and long-lived, which means that research to test the durability and stability of an introduced trait will be expensive and take decades or longer. We also don’t know nearly as much about the complex and enormous genomes of trees, compared to lab favorites such as fruit flies and the mustard plant, Arabidopsis.

In addition, because trees need to survive over time and adapt to changing environments, it is essential to preserve and incorporate their existing genetic diversity into any “new” tree. Through evolutionary processes, tree populations already have many important adaptations to varied threats, and losing those could be disastrous. So even the fanciest biotech tree will ultimately depend on a thoughtful and deliberate breeding program to ensure long-term survival. For these reasons, the National Academies of Sciences, Engineering, and Medicine committee recommends increasing investment not just in biotechnology research, but also in tree breeding, forest ecology and population genetics.

The committee found that the US Coordinated Framework for the Regulation of Biotechnology, which distributes federal oversight of biotechnology products among agencies such as EPA, USDA and FDA, is not fully prepared to consider the introduction of a biotech tree to improve forest health.

Most obviously, regulators have always required containment of pollen and seeds during biotech field trials to avoid the escape of genetic material. For example, the biotech chestnut was not allowed to flower to ensure that transgenic pollen wouldn’t blow across the landscape during field trials. But if biotech trees are intended to spread their new traits, via seeds and pollen, to introduce pest resistance across landscapes, then studies of wild reproduction will be necessary. These are not currently allowed until a biotech tree is fully deregulated. Another shortcoming of the current framework is that some biotech trees may not require any special review at all. The USDA, for example, was asked to consider a loblolly pine that was genetically engineered for greater wood density. But because USDA’s regulatory authority stems from its oversight of plant pest risks, it decided that it did not have any regulatory authority over that biotech tree. Similar questions remain regarding organisms whose genes are edited using new tools such as CRISPR.

The committee noted that US regulations fail to promote a comprehensive consideration of forest health. Although the National Environmental Policy Act sometimes helps, some risks and many potential benefits are unlikely to be evaluated. This is the case for biotech trees as well as other tools to counter pests and pathogens, such as tree breeding, pesticides and site management practices.

How do you measure the value of a forest?

The National Academies of Sciences, Engineering, and Medicine report suggests an “ecosystem services” framework for considering the various ways that trees and forests provide value to humans. These range from extraction of forest products to the use of forests for recreation to the ecological services a forest provides – water purification, species protection and carbon storage.

The committee also acknowledged that some ways of valuing the forest do not fit into the ecosystem services framework. For example, if forests are seen by some to have “intrinsic value,” then they have value in and of themselves, apart from the way humans value them and perhaps implying a kind of moral obligation to protect and respect them. Issues of “wildness” and “naturalness” also surface. 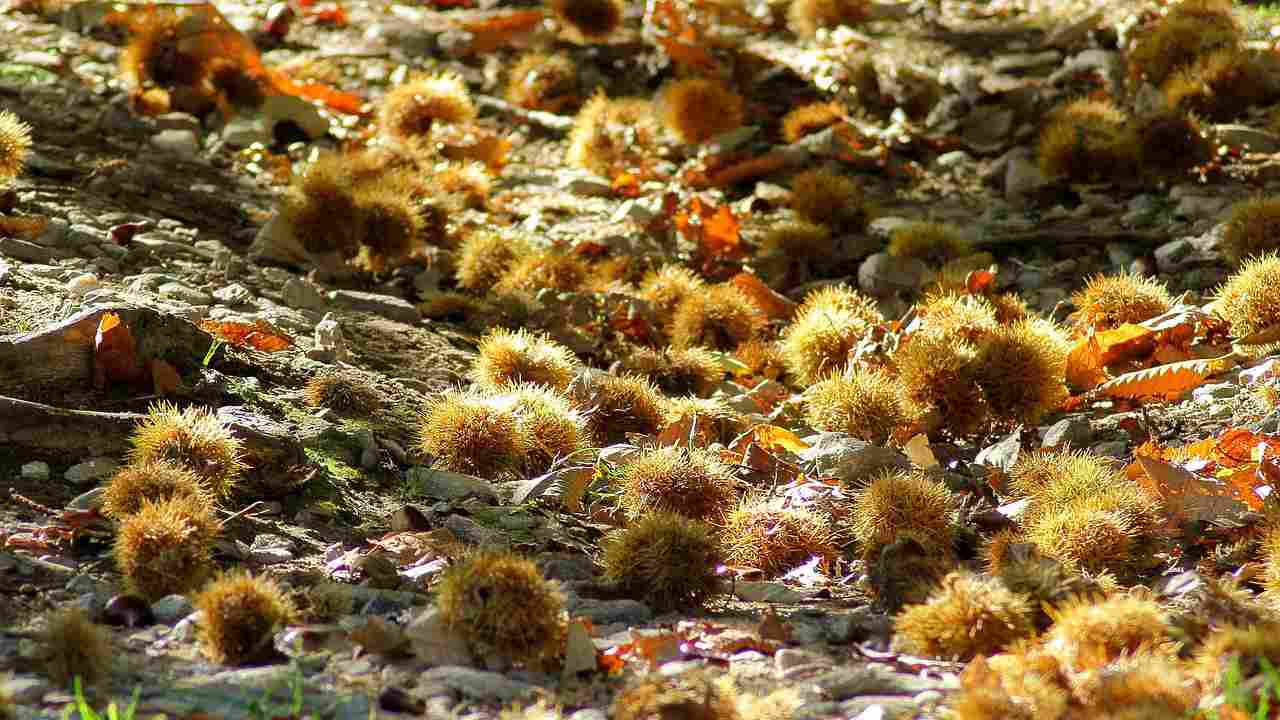 Chestnuts lying on the ground in autumn near a chestnut tree.

Paradoxically, a biotech tree could increase and decrease wildness. If wildness depends upon a lack of human intervention, then a biotech tree will reduce the wildness of a forest. But perhaps so would a conventionally bred, hybrid tree that was deliberately introduced into an ecosystem.

Which would reduce wildness more – the introduction of a biotech tree or the eradication of an important tree species? There are no right or wrong answers to these questions, but they remind us of the complexity of decisions to use technology to enhance “nature.”

This complexity points to a key recommendation of the National Academies of Sciences, Engineering, and Medicine report: dialogue among experts, stakeholders and communities about how to value forests, assess the risks and potential benefits of biotech, and understand complex public responses to any potential interventions, including those involving biotechnology. These processes need to be respectful, deliberative, transparent and inclusive.

Such processes, such as a 2018 stakeholder workshop on the biotech chestnut, will not erase conflict or even guarantee consensus, but they have the potential to create insight and understanding that can feed into democratic decisions that are informed by expert knowledge and public values.

Jason A. Delborne, Associate Professor of Science, Policy, and Society in the Department of Forestry and Environmental Resources, North Carolina State University