Climate experts say there will be increase in fires dues to warmer temperatures and drier weather.

Australia’s forests are burning at a rate unmatched in modern times and scientists say the landscape is being permanently altered as a warming climate brings profound changes to the island continent.

Heatwaves and drought have fueled bigger and more frequent fires in parts of Australia, so far this season torching some 104,000 square kilometers, an area about as big as Ohio. 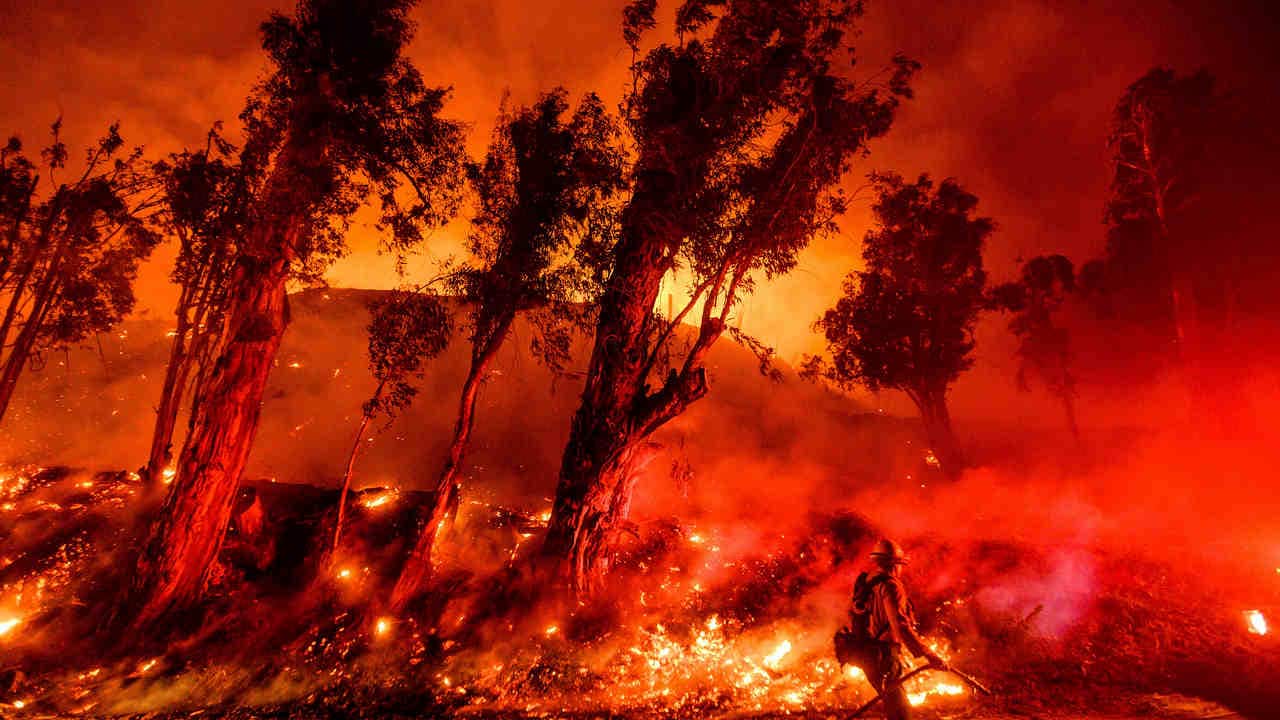 With blazes still raging in the country’s southeast, government officials are drawing up plans to reseed burned areas to speed up forest recovery that could otherwise take decades or even centuries.

But some scientists and forestry experts doubt that reseeding and other intervention efforts can match the scope of the destruction. The fires since September have killed 28 people and burned more than 2,600 houses.

Before the recent wildfires, ecologists divided up Australia’s native vegetation into two categories: fire-adapted landscapes that burn periodically, and those that don’t burn. In the recent fires, that distinction lost meaning — even rainforests and peat swamps caught fire, likely changing them forever.

Flames have blazed through jungles dried out by drought, such as Eungella National Park, where shrouds of mist have been replaced by smoke.

“Anybody would have said these forests don’t burn, that there’s not enough material and they are wet. Well they did,” said forest restoration expert Sebastian Pfautsch, a research fellow at Western Sydney University.

“Climate change is happening now, and we are seeing the effects of it,” he said.

High temperatures, drought and more frequent wildfires — all linked to climate change — may make it impossible for even fire-adapted forests to be fully restored, scientists say.

“The normal processes of recovery are going to be less effective, going to take longer,” said Roger Kitching, an ecologist at Griffith University in Queensland. “Instead of an ecosystem taking a decade, it may take a century or more to recover, all assuming we don’t get another fire season of this magnitude soon.”

Young stands of mountain ash trees — which are not expected to burn because they have minimal foliage — have burned in the Australian Alps, the highest mountain range on the continent. Fire this year wiped out stands re-seeded following fires in 2013. Mountain ash, the world’s tallest flowering trees, reach heights of almost 90 meters (300 feet) and live hundreds of years. They’re an iconic presence in southeast Australia, comparable to the redwoods of Northern California, and are highly valued by the timber industry.

“I’m expecting major areas of (tree) loss this year, mainly because we will not have sufficient seed to sow them,” said Owen Bassett of Forest Solutions, a private company that works with government agencies to re-seed forests by helicopter following fires.

Bassett plans to send out teams to climb trees in parts of Victoria that did not burn to harvest seed pods. But he expects to get at most a ton of seeds this year, about one-tenth of what he said is needed.

Fire is a normal part of an ash forest life cycle, clearing out older stands to make way for new growth. But the extent and intensity of this year’s fires left few surviving trees in many areas.

Already ash forests in parts of Victoria had been hit by wildfire every four to five years, allowing less marketable tree species to take over or meadows to form.

“If a young ash forest is burned and killed and we can’t resow it, then it is lost,” Bassett said. 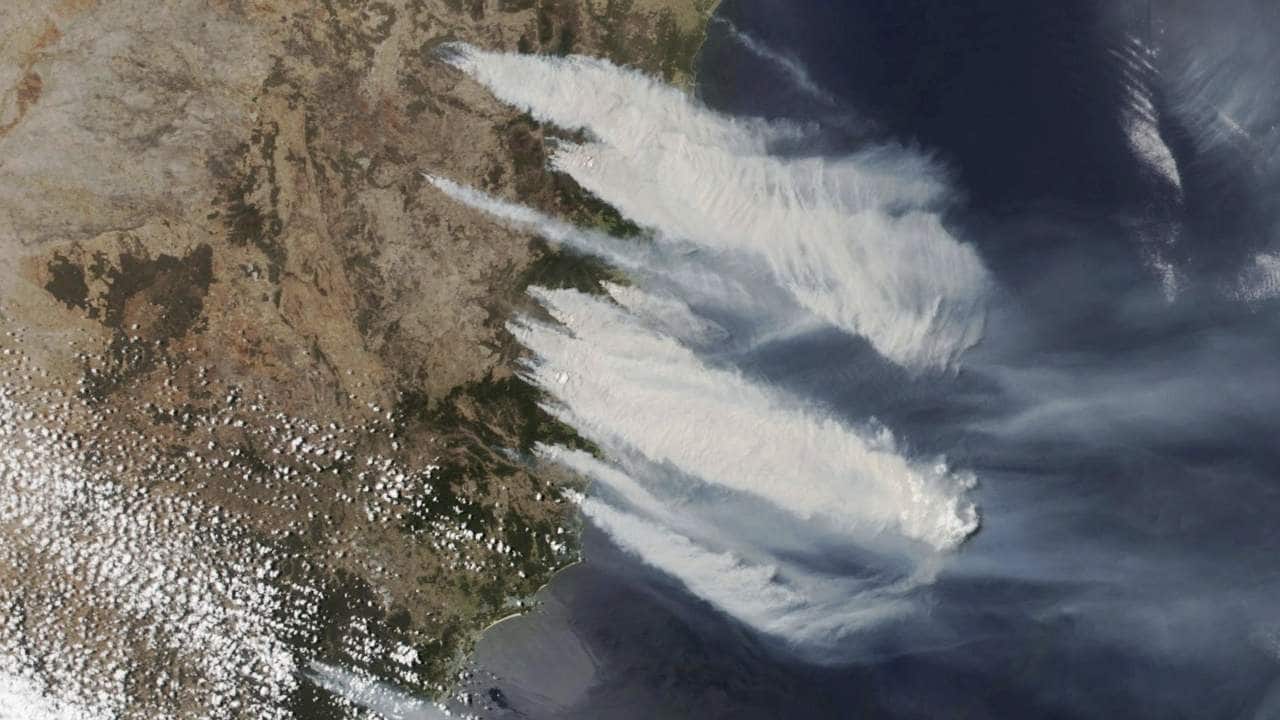 Fires typically burn through the forest in a patchwork pattern, leaving unburned refuges from which plant and animal species can spread. However, the megafires raging in parts of Australia are consuming everything in their path and leaving little room for that kind of recovery, said Griffith University’s Kitching.

In both Australia and western North America, climate experts say, fires will continue burning with increased frequency as warming temperatures and drier weather transform ecosystems around the globe.

The catastrophic scale of blazes in so many places offers the “clearest signal yet” that climate change is driving fire activity, said Leroy Westerling, a fire science professor at the University of Alberta.

“It’s in Canada, California, Greece, Portugal, Australia,” Westerling said. “This portends what we can expect — a new reality. I prefer not to use the term ‘new normal’... This is more like a downward spiral.”

Forests can shift locations over time. However, that typically unfolds over thousands of years, not the decades over which the climate has been warming.

Most of the nearly 64,000 square kilometers that have burned in Victoria and New South Wales has been forest, according to scientists in New South Wales and the Victorian government.

By comparison, an average of about 4,100 square kilometers of forest burned annually in Australia dating back to 2002, according to data compiled by NASA research scientist Niels Andela and University of Maryland research professor Louis Giglio.

Unlike grasslands, which see the vast majority of Australia’s huge annual wildfire damage, forests are unable to regenerate in a couple of years. “For forests, we’re talking about decades, particularly in more arid climates,” Andela said.

Most forested areas can be expected to eventually regenerate, said Owen Price, a senior research fellow at the University of Wollongong specializing in bushfire risk management. But he said repeated fires will make it more likely that some will become grasslands or open woodlands.

Price and others have started thinking up creative ways to combat the changes, such as installing sprinkler systems in rainforests to help protect them against drought and fire, or shutting down forested areas to all visitors during times of high fire danger to prevent accidental ignitions.

That could involve planting trees in areas where they might not be suitable now but would be in 50 years as climate change progresses.

“We cannot expect species will move 200 kilometers (125 miles) to reach a cooler climate,” said Pfautsch. “It’s not looking like there’s a reversal trend in any of this. It’s only accelerating.”