It is impossible to know how much each individual object might be worth in today's money and what they might have been used to buy.

Central Europeans of the Bronze Age used bronze rings, ribs and axe blades that were roughly standardized in their shape and weight as an early form of "euros," according to a new study. The paper by researchers at Leiden University in the Netherlands appeared in the journal PLOS ONE on Wednesday. Money is a defining aspect of modern life, and standardization of currency is one of its key features. But since ancient people lacked precise forms of measurement, archaeologists had disagreed about whether bronze items discovered in "hoards" in modern-day Germany, Austria, the Czech Republic and other places were real currency or just metal blocks for melting into other products. 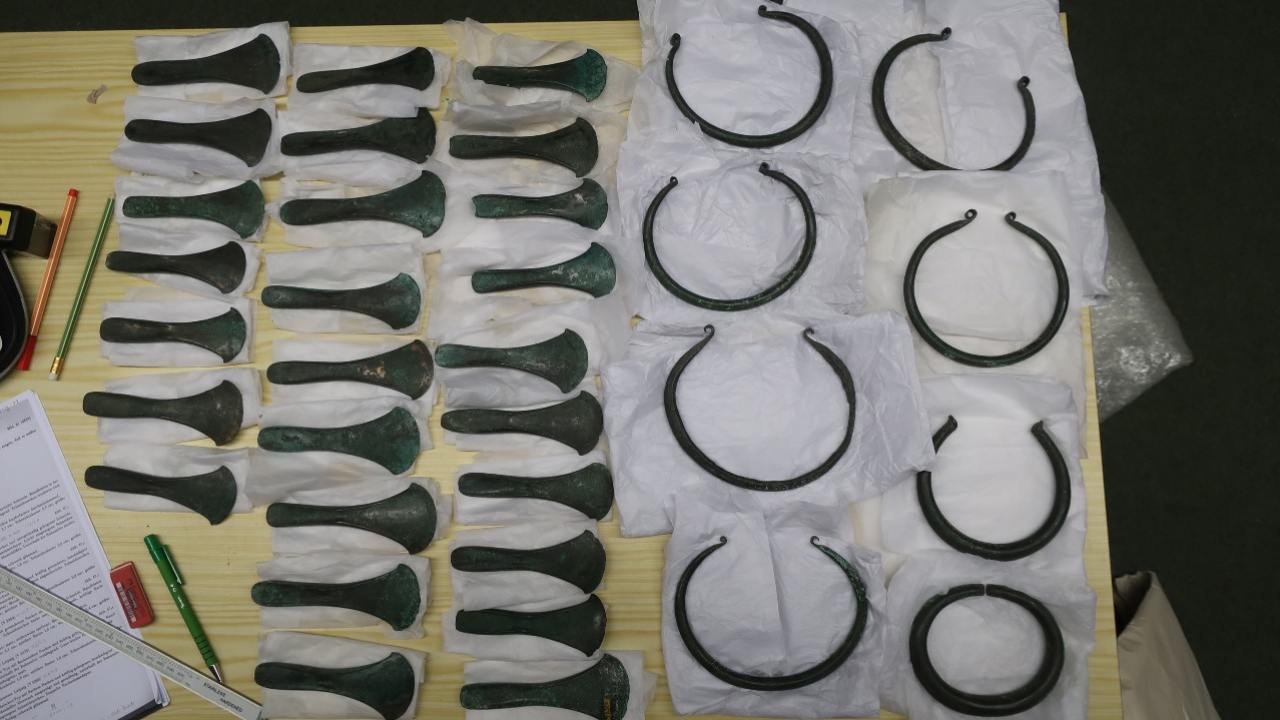 These objects date back to around 4,000 years ago when Central Europeans lived in farming societies characterized by the use of bronze tools, weapons, armour, building materials and more.

Lead author Maikel Kuijpers, an assistant professor in European Prehistory, told AFP the research was based on a new methodology he had developed "that is more attuned to how people would weigh items in the Bronze Age."

He and his co-author Catalin Popa studied more than 5,000 objects from over 100 ancient hoards.

Rather than measuring the items by weighing scales alone, they statistically compared their weight using a psychology principle known as the "Weber fraction." This quantifies the concept that if objects are similar enough in mass, people weighing them by hand can't tell the difference. They found that around 70 percent of rings, which averaged around 195 grams, were similar enough in weight to have been indistinguishable by hand.

These pieces aren't the world's oldest money by a long way — people in Mesopotamia developed coins some 5,000 years ago — but Kuijpers said the methodology devised could have wider uses for investigating objects of the ancient world.

As to how much each individual object might be worth in today's money and what items they might have been used to buy — cattle, weapons, etc — it's impossible to know for certain.

But "it's a material that they really that they valued a lot, that much is clear," said Kuijpers.