Bowing to pressure from environmentally conscious consumers, big brand shops have begun taking steps to strip their shelves of plastic wrapping over concerns about saving the oceans from waste.

"Nude zones" and "Food in the Nude" campaigns are already being rolled out in places such as New Zealand and South Africa, where many fresh fruits and vegetables are grown within relatively easy reach.

Now retailers in Britain — where even bunches of bananas are often sealed in plastic to keep them fresh and undamaged during long-distance shipping — are gradually following suit.

"I've just done my first-ever plastic-free shop," said May Stirling, who traveled 60 kilometers from the village of Ramsbury to Oxford for the university city's "unpackaging" event at the local Waitrose supermarket. "It's so liberating," the 49-year-old mother said, carrying her own containers for the loose products. 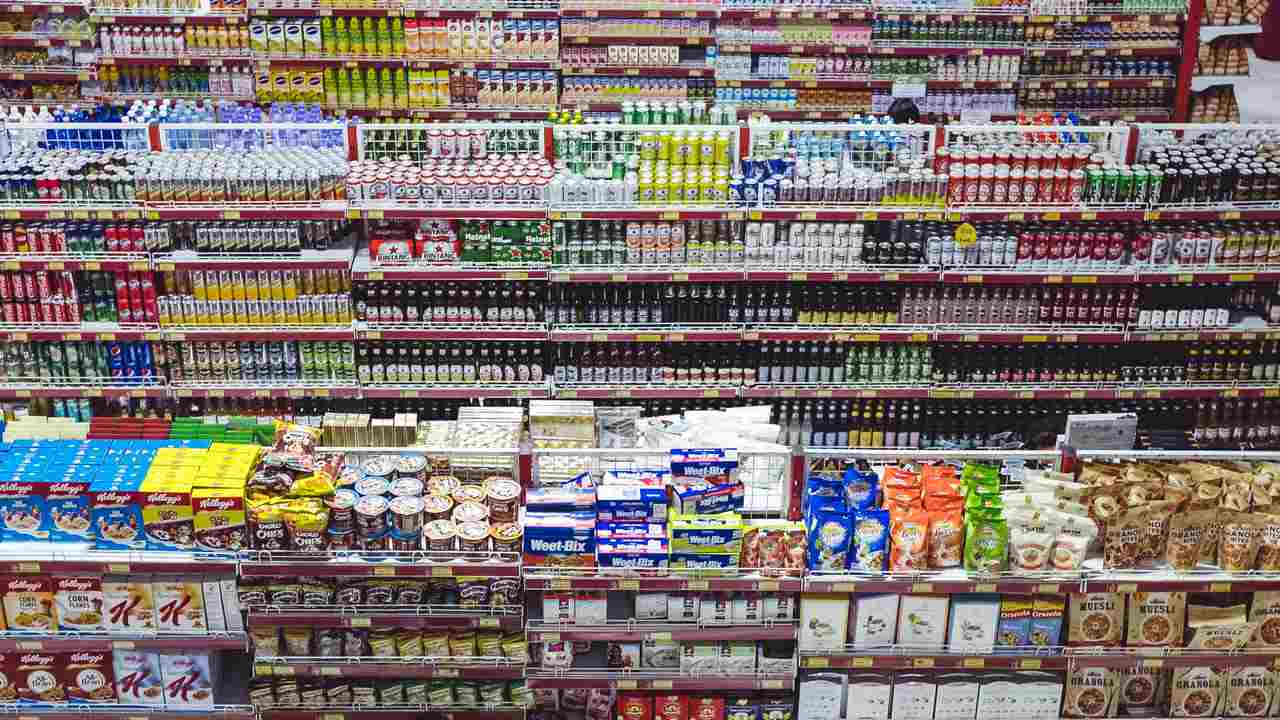 everything in a supermarket is wrapped in plastic.

The Oxford branch of the upmarket chain was selling 160 types of vegetables and fruits, plus cereals, grains, couscous, lentils, wine, beer and other items in bulk, in what was initially planned as an 11-week trial. "I just wish there were a few more things I could have got today," said Stirling, who added in particular that she would have liked more choice of non-packaged cereals for her son.

Currently, British stores rely greatly on plastic to ship, store and sell items. The country's 10 largest grocery chains produce 810,000 tonnes of single-use plastic packaging every year, a figure that does not include bags, Greenpeace and the UK-based Environmental Investigation Agency said in November.

Like Stirling, other shoppers have also been pressing the Oxford Waitrose supermarket to do more to stop plastics pollution via a wall, set up by staff, where customers have pinned hundreds of suggestions, many asking for refillable bottles for items like milk and cleaning products.

It has now extended its trial in the branch and announced that it would soon introduce the scheme in three other stores. Waitrose has said however that it has yet to establish whether plastic-free zones would work in all of its 344 locations across Britain.

"While the priority is the environmental benefit, we clearly need to ensure (the trial) is commercially viable," spokesman James Armstrong said.

Plastic packaging is cheaper than some of the other possible options. So, are shoppers ready to pay more for their groceries to come wrapped in more ecological packaging? British supermakets are trying nude zones with no plastic packaging for their products.

Fran Scott, a 55-year-old marketing consultant, is unsure. "I genuinely don't know," she said, while also shopping at Waitrose, armed with her own plastic containers. "I would like to think that," she added however.

Other big supermarket chains have signed up to "The UK Plastics Pact". The pledge's four tenets include eliminating all single-use packaging and making the remainder recyclable or compostable by 2025.

Tesco and Asda, a low-cost retailer, have promised to stop using plastic for online shopping deliveries. Morrisons, which like Tesco and Asda is among the biggest five supermarket chains in Britain, intends to install plastic-free produce zones in 60 locations by the end of the year.

Others are going further.

Budgens Belsize Park, a London branch of the smaller supermarket chain Budgens — part of a 147-year-old company of nearly 250 franchises — has already ripped the plastic off more than 2,300 of its 14,000 products.

"We did this to show the other big supermarket chains that it wasn't as difficult as they said it was," Andrew Thornton, who runs a Budgens in north London, told AFP, of the reorganization which took 10 weeks.

But among those products still delivered to the shop in plastic is cheese, which the staff cut into slices and then re-wrap in clingfilm made of sugarcane.

"If all the big players globally start to deal with this in their own shops and put pressure on the big manufacturers, things will shift," Thornton said.

Materials scientist Mark Miodownik, of University College London, said that plastic had become a victim of a global business model focused on "disposability and consumption". Part of the problem, he said, stemmed from the marketing of plastic in the 1960s when it came to symbolise modernity and practicality. "Plastic is a great material," he said, pointing to its advantages for hospital materials, pipes and technological equipment. He said that plastic is good for packaging too, but only if it can be recycled well.

Britain's Food Standards Agency notes that plastic limits the exposure of produce to air and moisture, extending its shelf life and "helping to reduce food waste".

But Budgens shopper Richard Brady still said he felt guilty about being caught holding a plastic container of sushi. "Well, there is nothing else," he said. "It comes like that and my wife is hungry. It's up to the supermarket to (make the switch) as opposed to us, isn't it?"